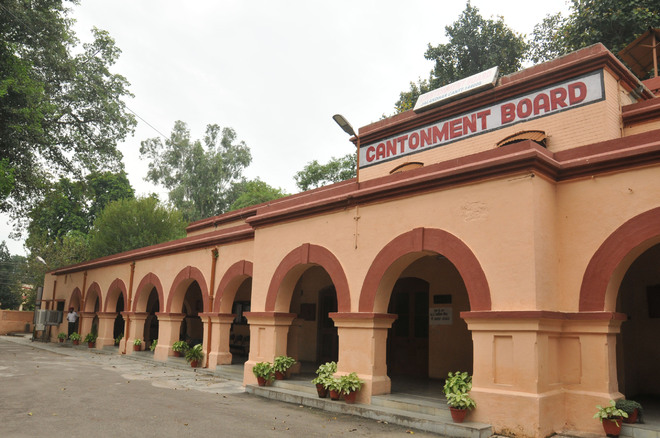 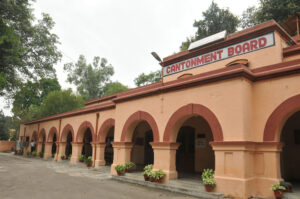 In a recent move, the PMO tasked the MoD for compiling responses from all 62 cantonment boards within the country on their views on closing cantonments and merging civilian areas under them with civic bodies, a demand from civilian residents. Responsibility of running cantonment boards is of the Indian Defence estates Service (IDES), established in 1926, as the Military Lands and Cantonment Service (MLCS).  Its nomenclature was changed in 1985.

The first cantonment was established by the British in late 18th century at Barrackpore. Currently, 62 cantonments and over 200 military stations exist across the country. The intent of the Britishers was to locate the army, in open areas, at a distance from towns, where they could reside and train, away from influence of the freedom struggle. The British had employed the army in supressing the freedom movement.

Cantonments were open, green and well protected areas for military personnel to reside. They possessed pockets of civil areas where basic amenities were available. Select Indians were granted land to construct bungalows, within cantonments, as gratitude for their service to the raj. These were termed as grant bungalows and still exist in old cantonments, currently termed as ‘old grant bungalows.’ With passage of time, towns grew around cantonments and instead of being away from towns, cantonments became the centre.

To run cantonments, the British had enacted the Cantonment Act of 1924, which was reviewed, and a fresh act issued in 2006. The initial aim behind creating the MLCS and subsequently the IDES was to employ professionals to manage land and services within a cantonment, relieving soldiers from this responsibility. Management of cantonment lands has three aspects. The land is owned by the MoD, utilized by the army and managed by the IDES, a complete state of confusion. Defence lands also include a multitude of ordnance factories and camping grounds used by army convoys on move as also as training areas.

Over the years the IDES became a law by itself. Its involvement in land scams were so extensive, that in 2010, the Controller General of Defence Accounts, in a report, recommended its disbandment. The report held the IDES responsible for failures in all its four charters, audit, accounting, acquisition of lands and fiscal management. It is blamed for piling up 13,000 land dispute cases, now in courts, which would cost the government 5,000 crore to settle. Salary to its staff alone costs the exchequer 200 crores annually.

In existing cantonments, the cantonment boards are responsible for the provision of facilities for its civilian populace akin to municipal authorities in cities. It runs hospitals, schools as also provides facilities including power, water and sanitation. It collects taxes, rentals and charges all commercial vehicles transiting on its roads. However, its income remains well below its expenditure which needs to be offset by grants from the centre up to the tune of over 450 crores annually. Since they function as separate entities, they are ignored by the state from central grants allocated for development.

Post the Adarsh scam, in Jun 2011, the MoD issued ‘Guidelines for grant of no-objection certificates for building construction’. Under these guidelines, the local station HQs of the armed forces are to provide sanction for any civilian construction within 100 meters and for four storey buildings and beyond within 500 meters of military establishments. This is to be given after satisfaction that the building does not impinge on security. These rules led to anger within the builders’ community, many of whose projects were stalled during construction, and they are currently battling these directives in court. However, for the armed forces, these guidelines added to security.

Military stations, on the contrary, were established post-independence and remain under control of military authorities. There are no civilian pockets within them. The IDES has minimum role in its functioning, except being responsible for the land. These have become ideal townships, with facilities which few municipalities can provide. Bengaluru is an example of multiple military establishments spread across the city, separated by large civil localities.

Cantonments where isolated civilian pockets can be handed over to local municipal authorities, should be the first to be considered for closure. Examples include Gopinath and Sadar Bazar in Delhi, Sadar bazar in Lucknow, Deolali market and residential areas. However, this is not the same in every cantonment. A trial of this was done in Yol and civil pockets handed over to civic authorities, with the intention of creating a Yol military station.

If the government is desirous of closing cantonments, then it needs to undertake few stringent steps. Firstly, the MoD guidelines on construction in the vicinity of cantonments must be converted into a government statute thereby ensuring cantonments are protected from unwarranted constructions which could become a security hazard. Secondly, hand over civil townships within cantonments to local municipal corporations. It would save over 450 crores annually. Thirdly, rules must be passed regarding sale and management of old grant bungalows. Since they are located within cantonments, they cannot be sold to inimical elements or constructed into multi-story complexes.

Fourthly, the disbandment of the IDES on similar lines as military farms must commence. Maintaining them would only be a financial drain. Only a core group would need to be maintained. It would save the exchequer 200 crores. Fifthly, all open grounds within cantonments/ under the charge of cantonments, including parade grounds must become part of military stations. Finally, the MoD should not consider cantonment lands as commercial lands available for sale to builders.

The proposal of closing cantonments does sound logical as managing them including its growing civilian population is becoming prohibitive in costs and eating into the defence budget. Enactment of laws to ensure security and sanctity of military stations emerging from present cantonments must be undertaken.