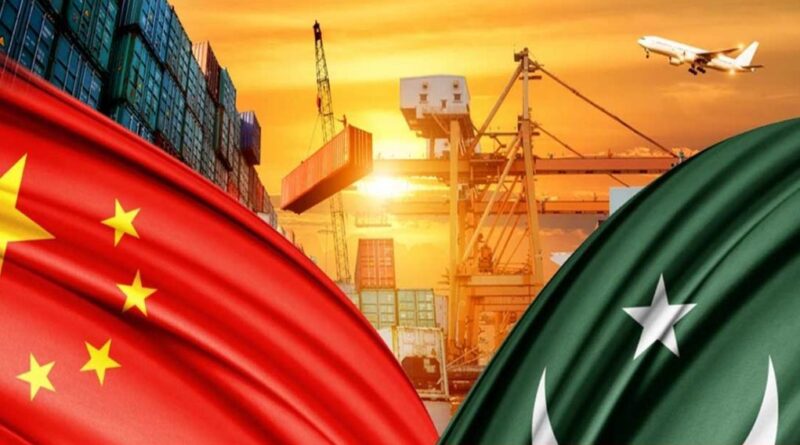 On Monday, 22 Feb 2021, Pakistan’s Cabinet Committee on China-Pakistan Economic Corridor [CCoCPEC] instructed Ministries of Defence and Interior to ensure that Pakistan Navy and the Coast Guards immediately vacate 116 acres of real estate in Gwadar that they have been occupying for the past several decades. This direction is, to say the least, rather unusual for two reasons.

Firstly, navies and coast guards the world over, are charged with the arduous task of defending the coastline and maritime interests of their respective countries. Accordingly, both these organisations exercise due care in ensuring that locations they select as ‘operating bases’ provide them with optimal advantages to successfully accomplish their assigned operational tasks. Hence, evicting Pakistan Navy and Coast Guards from their permanent bases in Gwadar just to accommodate a CPEC facility tantamount to relegating national security; this somehow does not seem to make any sense. Therefore, there are good reasons to believe that there’s much more than what meets the eye as far as this decision is concerned.

Secondly, seldom has one heard a government in Pakistan telling the armed forces what to do. The last this happened was more than four years ago when Dawn reporter Cyril Almeida published the inside account of a confidential meeting between senior members of the legislature and army, revealing how “in a blunt, orchestrated and unprecedented warning, the civilian government has informed the military leadership of a growing international isolation of Pakistan and sought consensus on several key actions by the state.” Dubbed ‘Dawn Leaks’, this incident precipitated a massive crisis- while Almeida was placed on ‘exit control list’, Federal Information and Broadcasting Minister Pervaiz Rasheed was forced to resign; it also resulted in Prime Minister Nawaz Sharif’s undoing.

What’s astonishing is that the CCoCPEC doesn’t seem inclined to accept the reasonable request made by Ministry of Defence in August 2020 “to allow Pakistan Navy to retain 84 acres of land with sea frontage along Gwadar Eastbay nearby the port in exchange for 84 acres in Pishkuan” [Alternate site allotted to Pakistan Navy]. Even more surprising is the fact that Pakistan Navy, which just recently fought tooth and nail to save its illegally constructed Navy Sailing Club at Rawal Lake, doesn’t appear to be perturbed by CCoCPEC’s decision to shift it out from its bases and relocate elsewhere in Gwadar.

There could be only two reasons behind the CCoCPEC’s unusually bold decision of denying Pakistan navy its legitimate demand for land with sea frontage. It could be result of the legislature suddenly being imbued by new-found sense of assertiveness and exercising its constitutional authority over the country’s armed forces, but this argument isn’t convincing. The other reason [which is more credible] is that this decision has been taken due to some extraordinary external pressure that even the armed forces of Pakistan couldn’t stand up against. So, could Pakistan Navy’s stoic silence on this issue be an indication that a modern version of the famous ‘camel’s nose’ fable is being played out in Pakistan?

Readers would recollect that in this fable, an Arab who was sitting comfortably inside his tent while a fierce sandstorm was raging outside concedes to his camel’s innocuous request to be allowed to stick his nose inside the tent in order to escape inhaling sand particles. However, he ends up being evicted himself as the camel keeps creeping in gradually and occupies the whole tent. Whereas analogy of the Chinese ‘dragon’ slowly but surely making its way into the ‘tent’ called Pakistan may sound outlandish, but there are more than one reason that buttresses this viewpoint. A few pointers:

Both Islamabad and Rawalpindi wax eloquent on national security and sovereignty being paramount and non-negotiable. However, by stating that Pakistan would have to handover the defence-land in Gwadar to “Chinese concession holders” in order to fulfil its “international obligation” [a euphemism for Beijing’s arm-twisting], the Ministry of Maritime Affairs has indicated otherwise. So, those who still feel that CPEC and BRI are projects with ‘no-strings-attached’, need to wake up and smell the coffee because Beijing has already started extracting its pound of flesh and the issues discussed above are just the tip of the iceberg!

Prime Minister Imran Khan will never admit it, but there’s no denying the fact that his dancing to Beijing’s tune has done Pakistan more harm than good, because in trying to appease the ‘dragon’, he has ended up scuttling Islamabad’s so-called “principled stand on Kashmir” that J&K is “disputed territory.” It is no secret that Beijing wants to avoid any legal complications that could arise on account of CPEC running through Pakistan occupied Kashmir [PoK], which it has illegally occupied and refers to as “disputed territory.” So, Beijing has all along been covertly pressuring Islamabad to grant provincial status to Gilgit-Baltistan (GB) as this would make this region part of Pakistan and hence it would no longer fall in the ambit of “disputed territory.” In fact, it was under immense pressure from Beijing, that in 2016, the then Prime Minister Nawaz Sharif had announced Islamabad’s decision to grant provincial status to GB.

However, this proposal drew widespread criticism from all quarters and even pro-Pakistan All Parties Hurriyat Conference [APHC] and other separatist organisations in J&K had condemned the proposed grant of provincial status to GB. In his letter to Pakistan Prime Minister, Jammu Kashmir Liberation Front [JKLF] Chairman Yasin Malik wrote, “This [granting of provincial status to GB] will have implications on the dispute over Jammu and Kashmir. If Pakistan imposes its sovereign writ over Gilgit-Baltistan, Delhi will then have a political and moral right to integrate Kashmir with India. Thus, with one stroke, Pakistan will be helping India to consolidate its writ on Kashmir.” Realising that if implemented, this proposal would completely rip apart Pakistan’s already shaky narrative of J&K being “disputed territory,” the wily Sharif wisely decided to shelve this plan in Pakistan’s larger interests.

However, Khan has buckled under Beijing’s pressure and by going ahead and granting provincial status to GB despite stiff opposition, has actually ended up delivering Pakistan’s Kashmir narrative the coup de grace. In an earlier message to the people of Kashmir Khan had announced, “Whether the world stands with Kashmiris or not, Pakistan is standing by them,” which aptly serves both as a grim reminder of Islamabad’s near-complete isolation on the Kashmir issue as well as a requiem for Pakistan’s Kashmir narrative made extinct by Khan himself!

Now that the Chinese ‘dragon’ has managed to get its nose well inside Pakistan’s tent’, all one can do is to wait and watch!

(The paper is the author’s individual scholastic articulation. The author certifies that the article/paper is original in content, unpublished and it has not been submitted for publication/web upload elsewhere, and that the facts and figures quoted are duly referenced, as needed, and are believed to be correct).