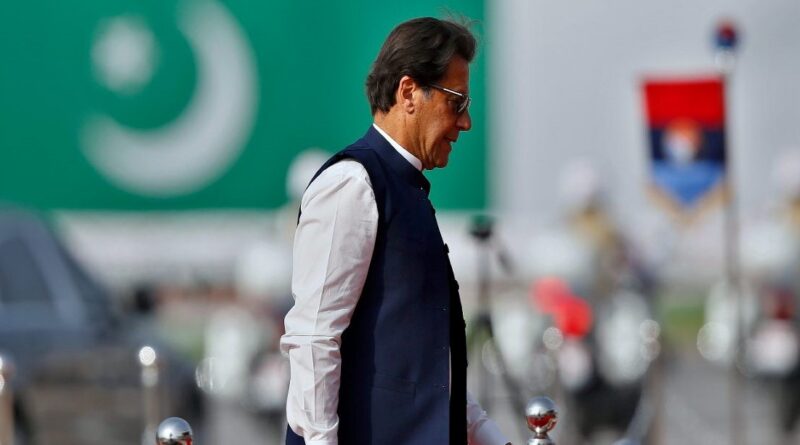 The recently concluded constitutional crisis in Pakistan leading to the ouster of Imran Khan by a no-confidence vote was a play of competing strategies by major players involved. The game began months ago when the army noticed an independent Imran commencing challenging his backers. The delay in appointing a new DG ISI was an indicator of things to come. In Pakistan, any disagreement on the establishment’s proposals could impact its hold on the state. Further, in the current global environment, coups are a thing of the past.

General Bajwa had realized that Imran was the wrong horse causing damage to carefully nurtured Pak-US and Pak-Europe relations. While Imran Khan remained popular because of his clean image, his policies were leaving Pakistan in financial ruin. Western nations had dumped Pakistan as Imran made no effort to enhance ties with them. Other than Switzerland, where he went to attend the World Economic Forum, he visited no other European capital. His public support to the Taliban went against the Pakistan army’s carefully nurtured image of supporting the US led global war on terror, thereby obtaining military and economic aid from it.

Imran, as a cricketer had developed offensive strategies to ensure victory, as was evident in his protests against the Nawaz government. As captain of the world cup winning side, he received far greater respect as a politician than was his due and this pumped his ego. For the first two years as PM, he behaved as an obedient puppy following diktats of his masters, which changed when he believed that he had the backing of the masses. His bloated ego failed to make him realize that the common man was facing undue hardships and he needed to be sympathetic. Such was his ego that he stated, ‘I did not come to politics to know the price of potatoes and tomatoes.’ He kept rattling about a Medina state, knowing it was only fantasy.

When faced with a no-confidence motion and announcement of neutrality by the army, Imran went on an offensive, challenging everyone, angering many. His accusation of the US as being responsible for his downfall was done knowingly, as apart from being considered as infidels, he had been ignored by Biden. He also targeted the army’s neutrality, when he stated, ‘Humans act according to their conscience. And only animals remain neutral.’ While his comments were lapped up by his supporters, they added to enemies. It is only in Pakistan that neutrality has a different meaning.

This strategy continued in the senate when he decided to commit a civilian coup and dump the constitution. When forced to face the motion of no-confidence on orders of the supreme court, Imran began plotting on removing the army chief thereby delaying the vote. Any self-respecting national leader would have stepped down realizing that he no longer possesses a majority. Imran did not and was forced to go home in disgrace.

The opposition adopted a strategy of patience thereby wearing down Imran, aware that they were backed by the most powerful organization in the country. They neither fell into Imran’s trap by inciting the public nor resorted to illegal means to push their agenda. They knew victory would be theirs. Even now they are displaying the same approach. Their patience has paid off and their own member was nominated as speaker of the national assembly and CM of Punjab. The President, another ardent Imran backer, has yet to interact with the new PM while refusing to swear in the new government. He would be the next casualty.

The army chief alongside his DG ISI adopted a strategy to systematically break down Imran Khan’s support base. They first pushed his main backer in uniform, Lt Gen Faiz Hameed, away from his powerful appointment of DG ISI, thereby ensuring he could no longer influence the future turn of events. Imran attempted to stall the same but was forced to buckle under Bajwa’s pressure. He missed reading the tea leaves.

They next encouraged the opposition into unifying, a task which is never easy in Pakistan, considering generations of hostility between political parties. It involved selecting a non-descript individual, Fazal-ur-Rehman, as their leader. He would never be in competition with main political parties. Then they evaluated who would be the next PM. Shehbaz Sharif was always an army favourite and could be persuaded to carry all along. Imran’s ego and overconfidence resulted in him ranting on the corruption of the opposition and blaming them for every failure in Pakistan’s history. This only goaded them into maintaining unity, thus countering Imran’s carefully nurtured offensive strategy with silence.

Once this was established, the army went in for the final kill, which was breaking Imran’s coalition. By pushing defections from within his party it ensured that even if Imran came for the vote, he would lack numbers. Turning his coalition partners was done steadily from behind the curtains and all within the gambit of the constitution. Imran’s bloated ego had made him ignore his coalition partners and hence it was fairly easy for the army to push the breakup.

The army had evidently taken the supreme court into confidence. The court remaining open late at night to monitor Imran’s downfall adds credence to this. It is well known that in Pakistan, the ISI maintains a close watch on all politicians and judges and is aware of each individual’s shortcomings. It twisted their tails and created requisite numbers for the opposition to push the no-confidence motion while ensuring legal backing.

The army was also aware that Imran may make one final attempt and that needed to be blocked. On the day of voting, army columns of the 111 Brigade, also known as the coup brigade, rolled out. They were only to act in case Imran crossed the red line. This could be justified as backing the constitution. The final warning was conveyed when the army chief and DG ISI met Imran, hours before the vote.

It was only then that Imran realized that all has failed, and he had misjudged the opposition that he was against. He is aware that he will never ever have the establishment’s support to become a PM again. All he can do now is create an environment, where he is individually not targeted by agencies and remains relevant in Pak politics. This also appears difficult as the witch hunt to force him out of the political game has commenced.

Maj Gen Harsha Kakar (Retd)  was commissioned into the Regiment of Artillery in Jun 1979 and superannuated in Mar 2015 as a Major General. During my military service, held a variety of appointments in every part of the country including J and K and the North East. He was the head of the department in strategic studies at the College of Defence Management, where he wrote extensively on futuristic planning and enhancing joint operations.  General Officer also served as part of the United Nations peacekeeping operations in Mozambique. In addition to training courses in India, he attended the National Security Studies Course at the Canadian Forces College in Toronto. He was the first officer from India to attend this course.