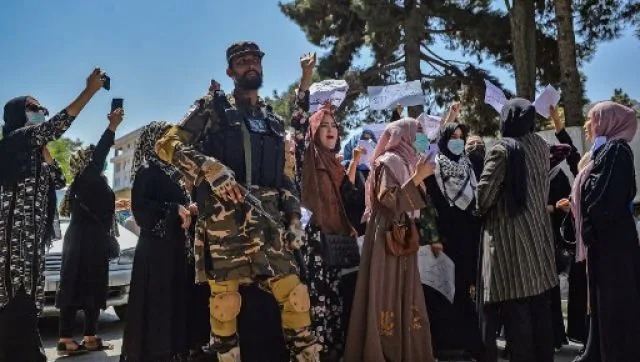 Ever since its creation, Pakistan has found a convenient ‘whipping boy’ in India for two reasons. One, by portraying its Eastern neighbour as a ‘Hindu nation’, it becomes very easy to arouse communal passions and ingrain the idea of it being a grave threat to the Islamic Republic of Pakistan. So, it’s not at all surprising that despite India’s indubitable secular credentials, Islamabad has consciously been misleading its own people and the resultant indoctrination has helped those in power to divert public attention from their own failings and incompetence by blaming anything going wrong in Pakistan on New Delhi’s devious machinations.

Secondly, an anti-India environment prevailing in Pakistan helps Rawalpindi in grabbing the lion’s share of the country’s meagre budget as well as exercising extraconstitutional powers and enjoying a host of perks and privileges like free land allotments. So, the army has been working overtime to portray India as an “existential enemy” and sell the narrative of Pakistan army being the solebulwark that has withstood a ‘hegemonistic’ India and prevented it from realising its avowed objective of annihilating Pakistan.

However, since Pakistan’s so-called ‘existential enemy hasn’t initiated military against any country, leave alone Pakistan, fear psychosis of an ever-looming invasion by India being fueled by Rawalpindi has generated a lot of resentment within the domestic intelligentsia. So has its burgeoning defence budget. Rawalpindi’s allotment for Financial Year 2021-22 has increased by 6.2 percent from the previous year and accounts to a whopping 16 percent of overall government expenditure.  Nevertheless, since the army in Pakistan has always enjoyed a ‘holy cow status, any criticism of its inordinately high budget allocation has always been more or less muted.

Yet, coming at a time when Pakistan’s already tottering economy is further shrinking due to covid pandemic, the current USD 8.78 billion defence budget has got people talking. In his report [‘Government makes heavy interest payments’, Express Tribune, August 27, 2021] the newspaper’s economic correspondent Shahbaz Rana warns that “The federal government’s spending on interest payments on debt and the defence jumped to nearly Rs4.1 trillion in the last fiscal year – which was Rs538 billion more than its net revenues, pushing the country deeper into the debt trap.”As one would have expected, this grim reminder of the harsh reality facing Pakistan has gone unnoticed.

Isn’t it ironical that Pakistan army’s prodigious expenditure to ‘defend’ the nation against a non-existent ‘existential enemy’ is actually bankrupting the country?But then, Rawalpindi knows very well that in order to continue enjoying a lavish budget outlay, freebies and absolute power, the army has to create an illusion of insecurity, even if it is by tilting at windmills.This became obvious in 2015, when the army’s media wing Inter Services Public Relations [ISPR], statement issued after the corps commander conference presided over by Pakistan’s army chief, read-“The Conference also took serious notice of RAW’s involvement in whipping up terrorism in Pakistan.”

Pakistan army’s specific mention of India’s intelligence agency was unusual. In its editorial of May 11, 2015, The Hindu noted:“Usually, the Pakistan Army does not play the blame game directly. But in a departure from practice, a formal meeting of Pakistani corps commanders in Rawalpindi on May 5, blamed India’s external intelligence agency, the Research and Analysis Wing (RAW), for “whipping up” terrorism in Pakistan.”Even the news report in Dawn mentioned, “it’s unusual for a corps commanders’ conference to directly point fingers at the hostile intelligence outfit.”

Pakistan army’s “concern” was also tantamount to conceding that its own military intelligence agency Inter-Services Intelligence had failed to thwart RAW’s alleged campaign of “whipping up terrorism in Pakistan.”But then, Pakistan army never had any qualms in following the ‘cutting the nose to spite the face’ approach- remember how it disowned the dead bodies of its own soldiers killed in combat during the 1999 Kargil conflict!

Over the years, Islamabad has concocted an imaginative narrative RAW’s alleged support to terrorist activities inside Pakistan.It has been alleging that RAW operatives were working out of Indian consulates in Afghanistan- in tandem with the country’s National Directorate of Security[NDS]. Pakistan claims that RAW was sponsoring a host of terrorist groups- from Tehreek-e-Taliban Pakistan [TTP] to Balochi groups fighting against the Pakistan army’s excesses against their people and indiscriminate exploitation of the region’s natural resources.

In fact, if Islamabad is to be believed, then each and every terrorist act within Pakistan, be it the broad light abduction of a journalist in Pakistan’s national capital, a bomb blast in Lahore, inarguably controversial ‘suicide attack’ on a bus in Khyber Pakhtunkhwa, or even a terror attack on Karachi’s stock exchange has been orchestrated by RAW.

Today the Ashraf Ghani government which [according to Islamabad and Rawalpindi] was in cahoots with New Delhi and RAW, is gone, and NDS has ceased to exist. India has vacated all its consulates in Afghanistan and the ‘Pakistan-owned’ Taliban now sits in the seat of power in Kabul. So, if Islamabad’s allegation of New Delhi sponsoring terrorism in Pakistan with active support from the Ghani government and help from NDS has even an iota of truth, then with the fall of Kabul, all should have been ‘quiet’ on Pakistan’s Western Front. But it isn’t so. Even though India had shut down all its consulates in Afghanistan by August 10 and evacuated its complete embassy staff [which according to Islamabad was teeming with RAW agents] by August 17, yet there is no respite in terrorist attacks in Pakistan.

Two weeks after the evacuation of complete Indian embassy staff from Afghanistan, an IED blast in South Waziristan’s Asman Manza area killed a Pakistan army soldier. This was followed by another suicide attack by TTP on a Frontier Corps check post in the Mastung area of Quetta a week later, in which four Pakistan security force personnel were killed.So, with no Indian presence in Afghanistan, Islamabad can now no longer use New Delhi and RAW as its whipping boy’. In fact, these continuing attacks completely demolishesPakistan’s puerile and unsubstantiated claims of New Delhi playing the villain in Pakistan.

Lastly, by saying “It is up to Pakistan, and Pakistani ulema and religious figures, not the Taliban, to decide on the legitimacy or illegitimacy of their [the TTP’s] war and to formulate a strategy in response,” even Taliban Spokesperson Zabihullah Mujahidhas clearly specified that TTP is very much a product of Pakistan’s ‘home grown terrorism. Since Islamabad and Rawalpindi can no longer use the RAW fig leaf to hide their incompetence, it would do both a lot of good to accept reality and focus their energies to tackle the scourge of terrorism rather than waste time in fabricating pathic excuses!

Tailpiece: Now that the chickens have finally come to roost, it’s high time Islamabad introspected former US Secretary of State Hillary Clinton’s sagacious advice regarding the perils of “keeping snakes in the backyard”!