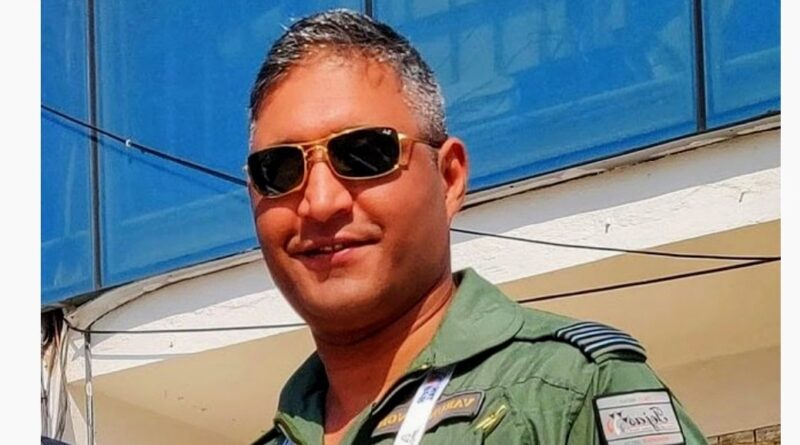 Prime Minister Narendra Modi on Sunday paid tribute to the memory of Group Captain Varun Singh, SC – who was briefly the sole survivor of a horrific chopper crash in Tamil Nadu on December 8 that killed Chief of Defence Staff General Bipin Rawat, his wife, and 11 armed forces personnel.
Group Captain Varun  suffered severe burn injuries in the crash and, despite a brave battle against overwhelming medical odds, he died a week later at the Air Force’s Command Hospital in Bengaluru.

Speaking during ‘Mann ki Baat’, the Prime Minister referred to a letter that emerged a day after the crash – written by Group Captain Singh – who had been awarded the Shaurya Chakra in September – to his alma mater to “inspire children who might feel they are meant to be mediocre”.

“… innumerable sons of Mother India, today, touch these heights (referring to the Air Force motto ‘touch the sky with glory’) every day and teach us a great deal. One such life was that of Group Captain Varun Singh, who was in that ill-fated helicopter that crashed this month,” he said.

“While Varun was in hospital, I saw something on social media that touched my heart… he had written a letter to his school principal. After reading that letter, my first thought was he did not forget his roots despite touching heights of success. And, when it was time to celebrate, he wanted to celebrate with the children from his school,” the Prime Minister said.

In his letter the Group Captain had written: “I was a very average student who barely scored 1st division in Class 12. I was equally average in sports and other co-curricular activities. But I had a passion for airplanes and aviation…”

“… I always thought I was meant to be average and there was no point in trying to excel. (But) after commissioning as a young Flight Lieutenant in a fighter squadron, I realised I could do well if I put my mind and heart to it…” he wrote.

Throughout his letter Group Captain Singh stressed on self-belief and, in an age where young minds face extraordinary pressure from an educational system that seems designed to discourage, particularly those who are diffident and shy, his words must ring true for lakhs of children.

“Do not think that Class 12 board marks decide what you are capable of achieving in life. Believe in yourself… work towards it…” he signed off.

After the Group Captain died, the Prime Minister expressed his ‘extreme anguish’.

“Group Captain Varun Singh served the nation with pride, valour and utmost professionalism. I am extremely anguished by his passing away. His rich service to the nation will never be forgotten. Condolences to his family and friends. Om Shanti,” he tweeted.

Last week the funeral of Group Captain Singh was held at his hometown of Bhopal in Madhya Pradesh, where he was given an emotional farewell. 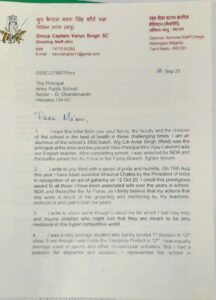 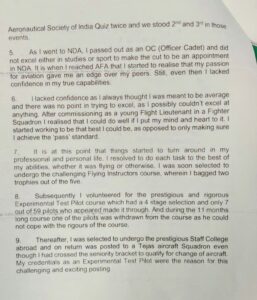 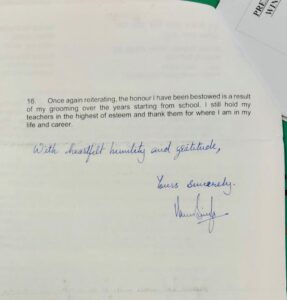