A webinar was held under the aegis of the STRIVE on the above-mentioned subject on 31 July 2022. A well-attended webinar in good strength. In addition, the proceedings were live streamed on YouTube and Facebook. A total of 18 hits were noticed on Live Youtube during the conduct of the webinar, and it has been observed that till now more than 120 hits have already been reported on Live YouTube.

Details of the Conduct

Support by the Team STRIVE- 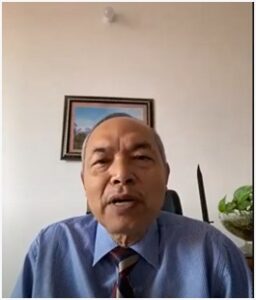 The Kargil war was a defining moment in the military history of India. India was surprised and initially, it appeared that Pakistan will be able to achieve her operational objectives but the valour of troops, daring of junior leaders and exemplary support by the other two Services and other agencies turned the tide. However, the steps taken post-Kargil have definitely improved intelligence acquisition but the recent standoff with China brought out that we still need to improve out intelligence acquisition. There is a need to improve the allocation of funds for the Defence budget and also need to lay more emphasis on Atma Nirbhar Campaign. One of the important recommendations of the Kargil Review Committee was the integration of services however, sadly it is still far from realistic. Finally, an important point was flagged by Lt Gen KH Singh about addressing professional dishonesty and lay emphasis on ethics. This indeed is a very important lesson and needs to be addressed on priority.

5 thoughts on “Hotwash: Webinar – Remembering Kargil War to Chart a Course for Future By Team STRIVE”