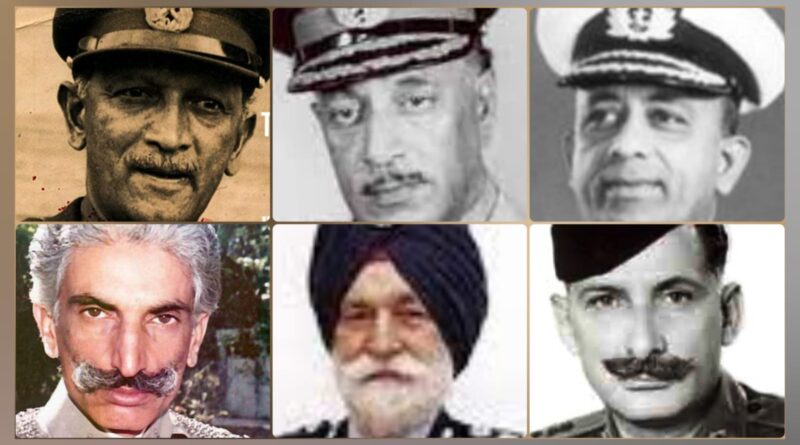 A dated and stereotypical construct of a warmongering and blood-lusting Hun who thunders, bristles, and snarls-even resorting to street expletives-at anything seen as an affront to his ‘nationalistic’ thinking, is getting increasingly normalised. 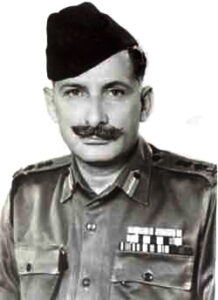 Thimayya or a Manekshaw, but akin to unhinged party spokespersons who are expected to defend partisan lines, even if indefensible.

Repeated surveys have ranked the Indian Armed Forces to be the most trusted and respected institution in the national imagination and consciousness. The edifice of this supposition vests back to decades of apolitical assertions, sacrifices (with self-assumed ‘unlimited liability), and the widely believed efficacy of the institution – and above all, the visibilised conduct or ‘bearing’ of its constituents. Burnished with the military-correctness, refinement, and dignity of thoroughbreds like professionals like Cariappa, Thimayya, Manekshaw, Arjan, Dawson, Hanut, and suchlike Officer-and-a-Gentlemantemplate (gender-parity, came later), the institution maintained its constitutionally mandated distance, restraint, and rectitude from the ensuing politicisation and compromises of most other governmental institutions. 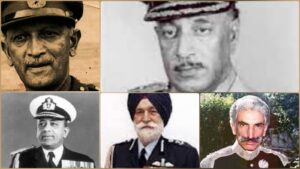 There were literally two worlds, the rarefied one with chuna-lined discipline within cantonments, and the other of the increasingly polarised, boorish, and heavily politicised air, outside. Not out of any misplaced sense of superiority, but the ‘Uniform’ (serving and Veterans) by and large upheld the institutional ‘bearing’ and values, without succumbing to societal morass or any form of partisan preferences. OddVeterans joining partisan bandwagons were always ‘individual’ (albeit, with standards behooving its institutional anchorage), without attempting to usurp or appropriate the whole institution towards any partisan preference. For the institution, the constitution was the sole leitmotif. Sadly, the cantonment gates were lately forced-opened, literally, and figuratively.

The Military deliberately valorizes its heroes for a reason, as their ‘bearing’ seeps into the bloodline of all its combatants. Surreal performance in Kargil against all known odds of physical, numerical, geographical, or other combat-ratios, owes itself to that ‘bearing’ of institutional steel, undergoing constant reiteration. The institution knows that it ultimately becomes, what and how it postures and verbalizes. Traditionally, the distinguished ‘bearing’ of its imagined elements were usually the senior officers (if serving) or Veterans, who successfully separated the perceptions of the sober institution, from that of the more theatrical bravado and faux-muscularity of the politico-super nationalists, who blusteringly dominated public airtime/viewership. The fauji was never caricaturized as a venom-spewing rabble-rouser or an extremist partisan ideologue, on the contrary, they were known to speak truth to power, plainly, fearlessly, but always dignifiedly. 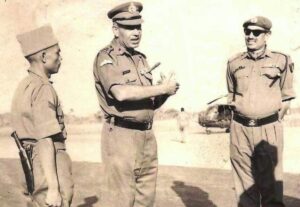 Professional dissent or disagreement needed no partisan succor, in fact, many amongst the ‘Generalship’ famously dissented e.g., Thimayya to a VK Menon, Manekshaw insisting on Militaristic requirements, Hanut to his personal sense of beliefs etc., but each did it without any pettiness, rancor or vanity – the overarching sense of Officer like Qualities (OLQ’s) was always paramount. Many like Sagat gracefully walked into the sunset, without receiving the recognition befitting the finest combat commander of all times, but such was the cloth from which they were cut. Yet internally, they inspired the institution and therefore their subliminal shadows, steeled the institution.

Respect was always sacrosanct, even onto the enemy soldier (something forgotten in jingoistic times), let alone amongst each other, with differing outlooks. This noble and timeless necessity of appropriate behaviour within the profession of arms was manifest in the British Army’s ‘Be the Best’ campaign, that posited a higher-moral underpinning, vis-à-vis non-military callings. 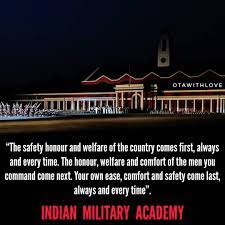 Later, the controversial-though-brilliant, Sundarji, was to allude to dangers of ‘careerist, opportunistic and sycophantic’ strains in his famous letter to all officers. The reformist, visionary and well-lettered professional was still old-school enough to insist on ‘Chetwodian Motto’, ‘Sharafat’, ‘standard of behaviour and personal conduct in all circumstances, which if surrendered, he warned could, ‘corrode the entire system’. Today, the technological, doctrinaire, psychological, and even environmental challenges facing the security ecosystem may have mutated into an asymmetric realm, however this will only further test the resilience and potency of that internal ‘bearing’ to uphold the Constitutional tenets, and not some creative interpretation, postulated by any partisan bruhaha.

The relatively recent boom of social media, passions of hyper-nationalism, religio-ethnic-based political parties, societal polarisation, and the accompanying TRP & Bollywood frenzy has led to a revised demand of re-caricaturing of the Soldier. The phenomenon of Veterans as ‘Newsroom Warriors’ in their unmistakable militaristic elements like tilted peaked caps/berets, medallions, regimental flags, ties-pins-badges etc., as background vignettes and often resplendent in their twirled moustaches is a fall back to the stodgy and garrulous image of a pucca Colonel from the British Raj times, but only anachronistically and embarrassingly, so. A dated and stereotypical construct of a warmongering and blood lusting Hun that thunders, bristles, and snarls (even resorting to street expletives) at anything seen as an affront to his ‘nationalistic’ thinking, is getting increasingly normalised. The language and expression of disagreement is not from the school of a Thimayya or a Manekshaw, but akin to unhinged party spokespersons who are expected to defend partisan lines, even if indefensible. Famed institutional nuance, balance, and sobriety that were instinctively expected of its apolitical traditions, are gleefully sacrificed at the altar of partisan ingratiation and cheerleading – lamentable, since the real purpose is only to milk the ‘Uniform’ of its hard-earned credentials, now, towards partisan purposes.

Truth is, the hallowed institutional ‘bearing’ was always accommodative of contrarian opinions that were aimed at the betterment of operational wherewithal – dissent is not considered disloyalty (as is the case, in the insecure world of politics). However, the demonstrated expression of its professional dissent does necessitate a certain manner of speaking, intonation, phraseology, and means of countering, that further enrich the stately ‘bearing’ of the institution, and not diminish it in a comical way, as is sometimes the case with cringy ‘covering fire’ by some overenthusiastic ‘Newsroom Warriors’. Even in service, josh must always make way for heavier dosage of erudition, knowledge, and wisdom, as rank, responsibility, and accountability increase – it must also be so, onto Veteran ‘Newsroom Warriors’, who unauthorizedly but willy-nilly, speak on behalf of the institution, at least in the public eye. Euphemistically, ‘lowering of the guard’s a grave sin with incalculable consequences in the security ecosystem. Political parties come and go, and with them, the stylizing of the topical ‘new-normal’, but the institution must stand ramrod as was done by Thimayya, Manekshaw, Harbaksh, Hanut or countless others, who had a heightened sense of apolitical essentiality, institutional longevity, and personal decency.

The regressive cost of re-caricaturing the image of a Soldier, will not just dilute the institution, security ecosystem, the prevailing civilizational-moral-constitutional values, but also put the essential sovereignty of the nation, at considerable risk. A professional soldier/institution should never be reduced to a mere jester-like partisan prop. The politicos of today (across all parties) need more people questioning and querying, as there is frankly no dearth of partisan spokespersons, cadres, and mesmerised/distracted constituents, who could fatally agree to everything politically claimed, even if false, inadequate, and wholly destructive.

LT General Bhopinder Singh, after retirement, went on to become the Lt Governor of Andaman and Nicobar Islands and Puducherry. He is now retired and lives in Chandigarh.

The article was published in The Statesman on 20 Feb 2022.