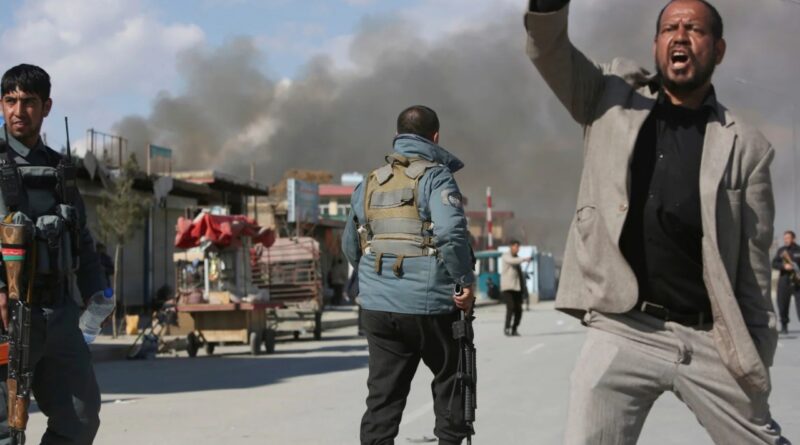 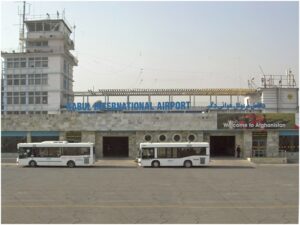 A tragedy in making

It was former US President John F Kennedy who came up with the sagacious suggestion that “Let us never negotiate out of fear; but let us never fear to negotiate.” However, if one applies this maxim to the US-Taliban dialogue on withdrawal of American led NATO forces from Afghanistan that culminated in last year’s ‘Doha Agreement,” it becomes evident that this accord was predestined to fail. The then US President Donald Trump, who otherwise appeared to have no appetite to suffer mulish negotiators, unfortunately succumbed to Taliban’s threat of walking-out unless its brazenly unreasonable preconditions were accepted. The rest is history.

Negotiating out of fear

Since these negotiations concerned future of Afghanistan, the Government in Kabul was obviously and indisputably an indispensable stake holder, but on Taliban’s insistence, it was excluded by Washington from this dialogue. Consequently, the resultant 2020 Doha Accord was in no way an “Agreement for Bringing Peace to Afghanistan” as touted by Washington, but instead, a cunningly [but shoddily] cobbled exit plan solely focussed on getting US troops out of Afghanistan, with no concern whatsoever about the fate of its ally, or the people of Afghanistan.

It goes without saying that creating an environment of peace [or atleast maintaining a semblance of it], is essential for progressing any meaningful dialogue. However, by agreeing to stop attacks against US forces and its NATO allies, while making it absolutely clear that it wouldn’t extend this concession to Afghan security forces, Taliban made it clear that it would only negotiate as long as it was in the driver’s seat. Worried about the possibility of negotiations collapsing, Washington quickly accepted this self-serving arrangement as it ensured an ‘incident free’ sojourn in Afghanistan for US forces till their final departure, even though this it would bleed its two-decade old close ally!

Another perversity was the hasty release of Taliban fighters in Kabul’s custody. Whereas exchange of prisoners is a very important confidence building measure that contributes in a big way towards a rapprochement between warring sides, but this usually takes place when hostilities end- or atleast have been temporarily suspended. However, it wasn’t so in this case as taking full advantage of Washington’s desperation to exit Afghanistan at the earliest, Taliban called off talks and refused to negotiate until Kabul released 5,000 of its captured fighters held in government jails.

Once again, Washington buckled and in order to salvage the talks, cudgelled Kabul into making this unreasonable demand that led to the release of several highly radicalised war veterans involved in gruesome attacks, rejoining Taliban. In January, Afghanistan’s National Security Adviser HamdullahMohib revealed that “We have recaptured 600 of the freed individuals because they were fighting alongside the Taliban even though they promised they would not fight again.” More recently, the Taliban force that captured Lashkargah [provincial capital of Helmand province] on August 2 was led by one such released Taliban commander named Mawlavi Talib! 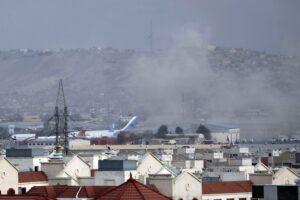 Readers would recall that merely two days after Doha Accord was signed and US exit plan from Afghanistan finalised, rather than allowing peace to prevail, the Taliban leadership instead issued a letter ordering its fighters to resume attacks against Afghan government forces since “RIV [Reduction in Violence] has ended.”  Within a matter of just 96 hours, the Taliban carried out more than 75 attacks in 24 provinces across Afghanistan causing heavy casualties and destruction!

Revocation of RIV, was in line with Taliban’s typical style of getting its way around through acts of brute force, and in this case, this had two objectives. One, to send a clear signal to Washington that while ceasing attacks on US forces, Taliban would nevertheless continue waging war against Afghan government forces. Two, it was aimed at browbeating Washington into influencing Kabul to release 5,000 Taliban fighters in its custody, even while this group was targeting Afghan forces and would continue to do so with impunity in the future too. Once again, Washington gave-in!

On August 23, CIA Director Williams Burns held secret parleys with Taliban’s co-founder Abdul Ghani Baradar. Two things about this meeting stand out- one, it was unscheduled and sudden; two, it was kept under wraps and what was discussed hasn’t yet been disclosed. Yet, it would be reasonable to assume that this visit concerned America’s evacuation programme from Afghanistan, with a special reference to its extension.

This assumption gains credibility for two reasons. Firstly, there was nothing else so pressing as to have compelled President Joe Biden to air dash his CIA chief to Afghanistan for a confab with the Taliban heavyweight. Secondly, on the same day of this meeting, Taliban spokesperson Muhammad Suhail Shaheen made a surprise announcement that any extension of US evacuation mission from Afghanistan beyond its August 31 deadline would be viewed as a “red line” by Taliban as it was tantamount to “extending [US] occupation,while [sic] there is no need for that.”

On August 22, President Biden Washington did mention the possibility of any such extension, but didn’t make any firm commitment; au contraire, he clarified that “Our hope is that we will not have to extend [the August 31 deadline].”  96 hours after his announcement, Kabul was hit by two massive blasts- one at the Abbey Gate of Kabul airport and the second near Baron hotel. That 13 US soldiers were killed and several others wounded in this dastardly attack clearly indicates that it was a ‘targeted’ operation.

Islamic State of Iraq and the Levant-Khorasan Province or ISIL[K] has taken responsibility for this attack. Since it is widely believed that Taliban and ISIL[K] are rivals, the latter may have carried out the attack to its presence felt and sending out the message that ISIL[K] has the ability to operate in Taliban controlled areas with impunity.

Conversely, there’s a school of thought which maintains that the Haqqani network is the bridge between Taliban and ISIL[K]. The twelfth report of the UNSC Analytical Support and Sanctions Monitoring Team does mention that “one Member State has suggested that certain attacks can be denied by the Taliban and claimed by ISIL-K, with it being unclear whether these attacks were purely orchestrated by the Haqqani Network, or were joint ventures making use of ISIL-K operatives.”

So, whereas there’s no way to ascertain the authenticity of the ISIL[K]claim, but its timing and selection of target raises suspicions of a Taliban connection. Let’s not forget that Taliban spokesperson Shaheen had made it clear that should the US extend its evacuation schedule beyond the August 31 deadline, then “there would be consequences.”

So, isn’t it possible that the Kabul twin blasts were orchestrated by Taliban [or outsourced by it to ISIL-K] as a reminder to the world [in general] and the US [in particular] that its warning of extending withdrawal deadline from Afghanistan would have “consequences,” was no idle threat?

Nilesh Kunwar is a retired Indian Army Officer who has served in Jammu & Kashmir, Assam, Nagaland, and Manipur. He is a ‘Kashmir-Watcher,’ and now after retirement is pursuing his favorite hobby of writing for newspapers, journals, and think tanks.

[This article first appeared in Eurasiareview]  फोटो :Afghan security forces respond to a suicide attack in Kabul on (Rahmat Gul/AP)