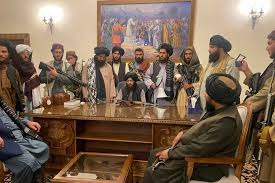 The fall of Afghanistan in under 10 days to the ragtag Taliban, leaves more questions than answers. What led to the collapse of the Afghan army, funded by the US and trained by many nations including India, will be studied to draw lessons for the future. Issues assessed will include morale of the Afghan forces, failure of logistics leading to shortfalls of ration and ammunition, training, equipping, role of local commanders and warlords as also whether Afghan forces were compelled to surrender to avoid civilian casualties. Another issue assessed will be whether the US decision to withdraw was premature and rushed, impacting the ability of Afghan forces to hold ground. 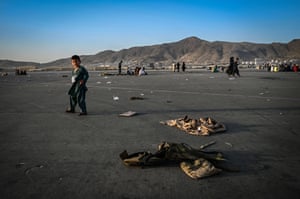 The fall of Afghanistan

The assessment by most nations, including Biden and US intelligence agencies, that Kabul will not fall, was proved wrong. The departure of Ghani and discussions for a peaceful handover of power indicate that the Taliban has pushed global powers onto the defensive. It is no longer taking over by violence, a restriction applied, by western powers, as a basis for recognition of any future Afghan government. Discussions will shortly commence in Qatar on the peaceful transfer of power. The Taliban hold all cards in their hands and these discussions remain a formality.

The US stated it would recognise the Taliban government subject to adherence to global norms of protection of human rights and keeping terrorist groups at bay. Blinken, the US Secretary of state, stated, ‘A future Afghan government that upholds basic rights of its people and that doesn’t harbour terrorists is a government we can work with and recognise.’ He added, ‘It’s incumbent on the international community, including the United States, to do everything we can using every tool that we have — economic, diplomatic, political — to ensure (those) rights are sustained.’ The US has limited choices. When would they recognize the new government is just a matter of time.

Recognition of the Taliban led government is anyway on the cards. China, Russia and Pakistan are expected to be amongst the first countries to recognise them. With China and Russia involved, the leverage of the UNSC in applying any pressure on the Taliban would recede. What will be the Indian approach remains to be seen. Most likely India will follow the global order. It will not rush into it.

The next question is whether the Taliban will adhere to their promise of not permitting terrorist groups on their soil. Many terrorist groups fought on their side during their battle with Afghan and NATO forces. Will they dump them now or push them into temporary silence is wait and watch. This decision will impact most neighbouring countries including China, Russia, India, Pakistan and Iran. Will the Taliban be in a position to take such an action alone or will it be dictated by the Haqqani network, which has been a close ally of terrorist groups in Afghanistan is also to be seen.

Within Pakistan there would be celebrations on the takeover by the Taliban, after all its operations were coordinated by the ISI and most Taliban fighters were from Pakistan. However, whether this takeover would bode well for Pakistan, help it control the Tehreek-e-Taliban Pakistan (TTP) and the Baluch freedom fighters, remains to be seen. The TTP had fought alongside the Taliban and the Taliban had even requested the Pak government to commence talks with them as they were their allies.

What would a Talibanized Afghanistan mean for Pakistan is another question, whose answer would flow with time. Would Pak’s powerful cleric lobby demand a similar form of government or will the Taliban seek to expand their influence across the Durand Line will be dictated with time. During the last Taliban rule, Pakistan attempted to resolve the issue of the Durand Line but failed, will it succeed now is a mystery.

Finally, Pakistan cannot blame India anymore for supporting the TTP and Baluch fighters in a Talibanized Afghanistan. The question is when attacks increase, whom would they now blame.

China, which jumped to recognize the Taliban, is hoping to get the opportunity to exploit Afghanistan’s resources and extend its Belt Road Initiative into the country. The Global Times stated that China could contribute to post-war reconstruction and development, pushing forward projects under their Belt and Road Initiative, when safety and stability are restored in the war-torn country. Even before Afghanistan becomes a country, China is working to push it into a debt trap and exploit their natural resources. China is also hoping that the Taliban would curtail the East Turkistan Islamic Party, which is responsible for unrest in Xinjiang.

The Taliban government would exploit people-friendly projects constructed by India. The questions which are unanswered are if they would continue trading through the Chabahar port or permit its expansion into Central Asia and whether India would be invited for further reconstruction and developmental support. This will determine India’s future influence in the region. China and Pakistan would work against it, will they succeed is the issue. After all, India supports development with nothing in return, while China seeks exploiting resources and pushing Afghanistan into a debt trap.

A major global concern is that the leverage globally available in 2001, no longer exists. The Northern Alliance, which was fighting the Taliban opened a route for the US to invade the country in retaliation to the 9/11 bombing. The Taliban, this time, began their offensive through the Northern Areas, subduing them first before moving towards Kabul. This has shut all doors of resistance within the country, which could be exploited by any invading force. Thus, if the Taliban renege on their promises, options are limited to just drone and missile strikes.

The Taliban takeover has been sudden but well planned. Possibly they took a leaf out of the Indian offensive in East Pakistan in 1971, where the collapse of the Pak army was equally rapid. Many issues flowing from this operation will be studied in due course. Their takeover has brought the country under one leadership. For the first time, Afghanistan is under a single leader, with no pockets of resistance.