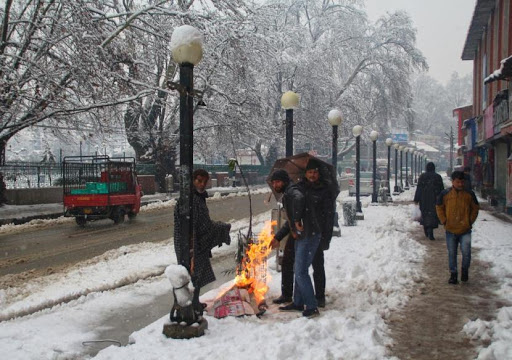 On 16 November 2017, Arshid Majid Khan, a twenty-year-old college-going Kashmiri boy who had joined Pakistan based proscribed terrorist group Lashkar-e-Taiba (LeT), walked into an army camp in dead of the night and told the surprised sentry there that he had decided to quit militancy and lead a normal life. Majid’s case generated a lot of interest for many reasons. One, incidents of militants giving up the gun and returning home though not unprecedented, are not very common. Two, the video of his father and mother’s heartrending appeal went viral and touched many hearts. Three, being a well-mannered person and a proficient footballer, Majid was a popular person in his locality.

Whereas the LeT issued a statement that “Majid did not surrender. We respected his mother’s call and sent him back to serve his parents as he was their only son”, but this claim is belied by three associated developments. One, over the last three decades, even though there have been several incidents wherein militants in Kashmir have surrendered to the security forces, this is for the first time that any terrorist group has not only justified but also taken credit for having allowed a cadre to leave its ranks. Hence, by going overboard on this issue as well as coming out with a puerile excuse, the LeT has only betrayed its attempt to downplay this incident of one of its members walking out!

Secondly, after this incident, when several distraught mothers of other young boys who had picked up the gun started pleading for their return, in a statement given to CNS (a local news agency), LeT chief Mehmood Shah claimed that “…after the return of Majid Khan back to his home on the consent of the outfit in reply to the request of his mother, the Indian armed forces are compelling the family members of other militants to do the same, although they do not agree to the vicious plans.”.  Unfortunately for the LeT, its attempt to project personal requests made by family members of militants as a motivated act orchestrated by security forces found no takers since the anguish in the appeal made by family members left no doubt in anyone’s minds that they were genuine and not orchestrated requests.

Lastly, it’s abundantly clear that instead of the security forces “compelling” family members of terrorists to make appeals, requesting their wards to leave terrorism and return home, does not the LeT commander’s statement to CNS that “Our mothers are neither afraid of Indian threats nor they will call upon their sons to get back to their homes, compromising their freedom? They are the mothers who consider their martyrs as grooms” contain a definitely intimidatory tone and tenor?  Even if we benefit of the doubt is given to him, by declaring that “From now on, no freedom fighter will ever return to his home,”  has not the LeT commander inadvertently betrayed the LeT leaderships’ serious fears of their cadres deserting them?

While not many terrorists had surrendered in J&K for the last two years, however in 2020 the official figure of local youth (recruited by various terrorist groups) who surrendered stands at 12. This averages to one terrorist surrendering every month. While this figure is indeed impressive by any standards, some informed sources maintain that the actual number of terrorists who have surrendered this year is far greater, with one report pegging their number at 50! This could well be true since it is quite likely that many incidents of terrorists surrendering have not been made public in order to protect them as well as their family members from reprisals by terrorists.

In the early hours of 22 Dec 2020, two local LeT cadres surrendered to security forces during an encounter at Tongdounu village of Kulgam district in South Kashmir. However, since it was also the day when counting of votes cast during J&K’s District Development Council [DDC] had commenced, news regarding this surrender went largely unnoticed. However, this was indeed an extremely heartening development for two reasons – one, two young boys chose life over a meaningless death, and two, this incident effectually heralds the demise of the LeT’s 2017 diktat that “From now on, no freedom fighter will ever return to his home.” The current trend of an increasing number of desertions also points at a rapidly growing feeling of disgruntlement within terrorist ranks and there are four major reasons for this.

Firstly, with their leaders living safely in comfortable environs across the Line of Control (LoC), the youth who had picked up the gun have started realising that they are being used as ‘cannon fodder’. In fact, this is exactly what a militant named Khawar Sultan Mir, who surrendered during an encounter at Lalpora in Pampore meant when he made a passionate appeal to all those who had picked up the gun to shun the path of violence since militancy in J&K was just a ‘deception.’ The terrorist leadership may reject this viewpoint and term it as propaganda by security forces. However, Syed Salahuddin, who heads the ISI created ‘Muttahida Jihad Council’, (an amalgam of terrorist groups fighting in J&K) and is also ‘supreme commander’ of Hizbul Mujahideen, himself confessed that “we are fighting Pakistan’s war in Kashmir”?

Secondly, it is no secret that terrorist leaders spare no efforts in brainwashing their cadres into believing that torture and painful death at the hands of security forces awaits anyone who decides to surrender. Abraham Lincoln had sagaciously observed, “You can fool all the people some of the time, and some of the people all the time, but you cannot fool all the people all the time.” Hence, despite the untruth being told to them, terrorists who surrender are well aware of the dignified treatment meted out to them by the security forces and police. This is evident from the voluntary testimonials given by terrorists after their surrender.

In the ibid case, the surrendered militant (Khawar), who was under no pressure, told the media “I am thankful to J-K Police and forces, army, who gave me another chance to live my life. They told me to come out, took me out alive, and treated me well. They did not torture me and treated me like their brother.”  The concern and compassion that security forces have for the safety of terrorists who lay down their arms is evident from several video recordings of terrorists surrendering during security force operations.

A case in point is, another video of a terrorist named Jehangir Bhat surrendering to the army on October 16, and the voice of an army man ordering others not to open fire, can be heard distinctly. This is followed by the army man reassuring the panic-stricken terrorist not to worry and telling him that though he had made a mistake (of picking up the gun), everything would now be fine (as he had surrendered). Shortly thereafter, a terrorist named Saqib Akbar Waza surrendered to the security forces on October 27, and from the video recording of this incident, it is once again evident that he is being treated well, and his subsequent reunion with his father is indeed very touching. Since all these videos were shot live while the terrorist’s family members and other villagers were present at the site, the allegation that these incidents were ‘staged’ is absolutely unconvincing!

Thirdly, with both UNSC as well as the international community outrightly rejecting Islamabad’s contention that abrogation of Article 370 was “illegal and a violation of UN resolutions,” and its unambiguous refusal to entertain Pakistan’s request for intervention to undo this move, there is no doubt left in anyone’s mind that J&K is very much an integral part of India. Resultantly, Islamabad’s myth about J&K being “disputed territory” has been completely demolished and so the terrorists too have realised that they are being used as mere pawns in the Pakistan army’s proxy war against India. It will be recalled that immediately after the abrogation of Article 370, there was a sudden spurt in terrorist activities and for the first time in the three-decade-old history of terrorism in J&K, even locals associated with the apple industry were targeted by terrorists- a clear indication that Islamabad was desperately trying to divert domestic attention from the abysmal failure of its diplomatic efforts to peddle lies in order to counter the abrogation of Article 370.

Lastly, with a record 2,178 candidates having contested for 280 seats in the DDC elections, and an equally impressive voter turnout, Pakistan’s blatant lies that Kashmiris have rejected Article 370 abrogation stands fully exposed. Due to infighting within the All Parties Hurriyat Conference (APHC) coupled with many of its leaders being involved in amassing wealth by siphoning off funds being secretly sent by Pakistan through ‘hawala’ (illegal method of transferring money without physical movement of cash) and taking huge bribes to recommend admission of candidates in medical colleges in Pakistan Occupied Kashmir (PoK), the public has completely lost faith in the separatist amalgam.

Senior separatist leader Syed Ali Shah Geelani’s resignation in protest against financial improprieties and factionalism within APHC is proof that this organisation has completely lost its moral moorings. The indifferent public response to hartal calls given by APHC to protest against detention of its leaders first by the National Investigation Agency and subsequently in wake of Article 370 abrogation has left no room for doubt that this organisation no longer enjoys the confidence of the people of Kashmir!

In sum, an apparent perceptional shift in Kashmir Valley is evident, and this pleasant wind of change is certainly a very good sign. However, this positive development should not be allowed to lull in complacency. Au contraire, the need of the hour is to further capitalise upon these gains by ensuring that welfare-oriented schemes and people-centric projects are run in an efficient and impartial manner with complete transparency. Despite the vile propaganda unleashed by Pakistan after Article 370 was abrogated, the people of J&K have still reposed their faith in the democratic process and so, it is time that the genuine aspirations of the masses are met.

Col Nilesh Kunwar was commissioned in 11 Gorkha Rifles in June 1977, and commanded 3/11 GR. He is a graduate of DSSC, and has wide experience in North East and in J&K. He superannuated from IW Branch in HQ Northern Command Udhampur. Col Nilesh Kunwar is a prolific writer in varied newspapers.

( Disclaimer – A published article earlier by the author.)