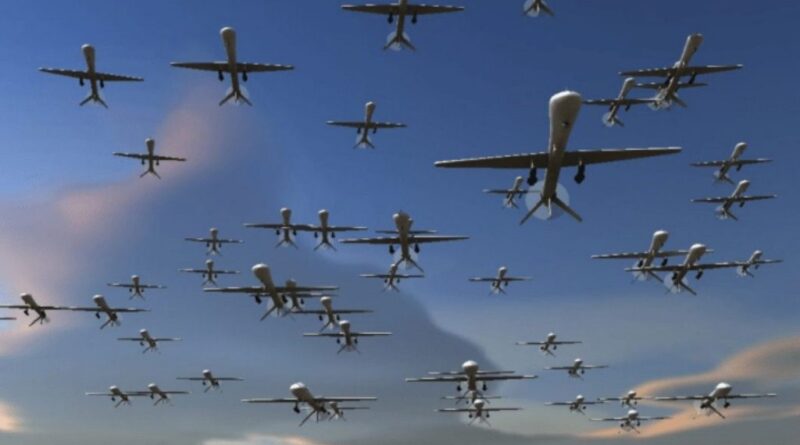 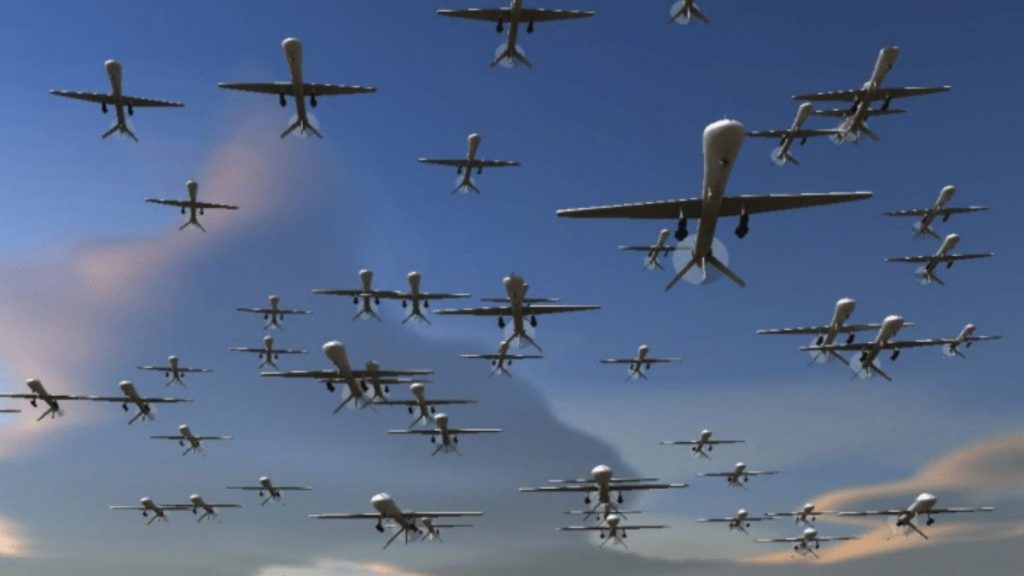 What is Swarm Technology?

China recently conducted a test of Stealth attack Swarm tech drone. The state of the art drone is capable of being launched from trucks, helicopters, and Sea platforms. It is about 1.2 meters long, maximum speed 150 Kmph and an operating radius of 15 Km. These type of drones function like normal drones during recce mode but transform into a cruise missile and launch suicide attacks when they receives the order. In swarm attack technology, number of drones are released at very short intervals which then interact amongst themselves and attack the target by integrating two critical technologies machine and artificial intelligence. Attack by such systems is extremely difficult to defend. It has been manufactured by the China Academy of Electronics and Information Technology under the state-owned China Electronics Technology Group Corporation. The agency recently conducted tests on a fixed-wing drone swarm system. With this test the system is in final stages of operational deployment. The tests were carried out from truck-based, 48-unit launchers and from airborne helicopters. The drones were simultaneously deployed rapidly while the transport platforms were on the move. The system can launch as many as 200 drones in one go.

Where can it be employed?

The system can be employed against land and sea targets. This technology would be eminently suited in counter terrorist operations in urban areas and in operations such as cross border strike against terrorists like the Uri or Balakot operations. Similarly, it can be used in conventional operations to speed up operations in riverine and canal sectors for bridge head operations and operations along depth obstacle systems. Also, it is ideal for search and rescue operations due to large area coverage. The drones being miniature in size and unmanned can be used covertly to attack enemy system due to the ease of deniability in employing such systems. Russians have used this concept in Syria very effectively though the drone attacks were not classically based on Swarm technology. Russia is still developing Swarm technology drone system. In addition, it is perfectly suited for amphibious landing operations. Accordingly, it may initially be deployed opposite Taiwan to convey the resolve of Xi Jinping to assimilate Taiwan in PRC as part of his one china policy. The communique of the recently conducted fifth plenary session of the 19th CCP reads, “Maintaining the long-term prosperity and stability of Hong Kong and Macau, promoting the peaceful development of Cross-Strait relations and the reunification with the motherland.” The intent of Xi seems abundantly clear and the induction of Swarm Drone Technology appears to be a resolute step in that direction.

Development of Swarm Drone Attack Technology in the World

The United States, China, Russia, and Britain are in advance stages of developing this technology. In 2017, the US carried out trials with 103 ‘Perdix Quad copter Drones’ functioning as a swarm. As per Lt Gen Bali Pawar a well-known aviation expert, the US research agency DARPA is also working on a programme called ‘Gremlins’ involving micro drones of the size and shape of missiles designed to be dropped from planes. The US Navy is also working on ‘Low Cost Unmanned Aerial Vehicle Swarming Technology’ (LOCUST). Russia is also working on the concept of drone swarming and is probably trying to integrate drones with its ‘Sixth Generation Fighter Aircraft’. Similarly, UK is also working on Swarm attack technology. However, the Chinese with the current testing of the system are in advance stages of development and operationalization. Should this come to fruition, they will be the world leader in this technology and enjoy a considerable edge over the others?

Status and Recommendation for India

India has no options but to develop both offensive as well as defensive technologies to defeat and deter such attacks from its adversaries. Fortunately, India has also commenced development of such a system in collaboration with US as part of the 2 Plus 2 Defence Technology and Trade Initiative (DTTI). Meanwhile HAL is also working in collaboration with a startup “New Space Research Technology.” The proposed system is named as ‘Air Launched Flexible Asset-Swarm’ (ALFA-S). It is likely to be 1 – 2 meters long canister based drone capable of being launched from air crafts / helicopters. As per the HAL, they may take upto two years to develop a proto type. Similarly, we need to develop ability to deal with such threats. Solutions have to be found both in terms of ability to shoot them down and neutralizing them through electronic warfare. Writing is clear on the wall, unless we remain abreast with the world leaders in niche technology areas of defence we will remain handicapped in any future traditional or non-traditional threats. India must ensure that the “Swarm Drone Attack System” is based on the principles of size of the swarm, survivability of the drones and the mix of the various types of drones in operations both for conventional and unconventional threats.  It is a highly competitive and devastating battlefield of the future and we need to remain abreast with changing dynamics of warfare and technologies associated with it.

Disclaimer:  The views and opinions expressed in this article are those of the authors and do not necessarily reflect  the official policy or position of any orgnisation or STRIVE.