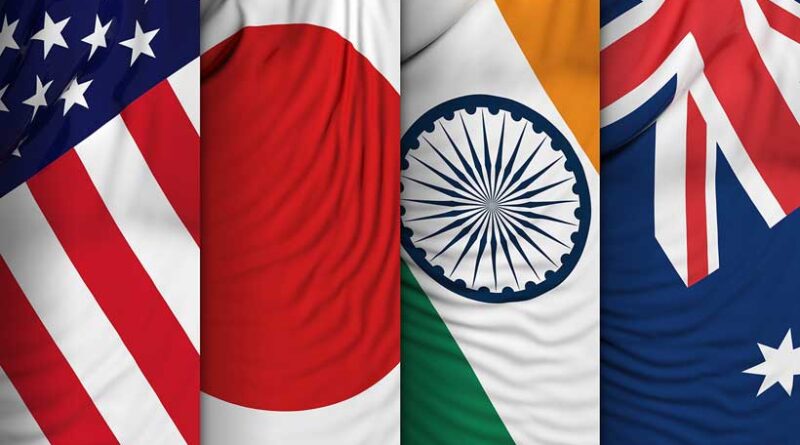 The virtual foreign ministers meeting of the QUAD, hosted by the new US administration, last week, signalled a strong message to China. India for the first time used the term QUAD. Apart from its standard comments on freedom of navigation, there was also a reference for supporting ASEAN ‘cohesion and centrality’. China responded by commenting negatively on the grouping as they view it to be tailored against them.

Known as the Quadrilateral Security Dialogue, the Quad was created in 2004 in response to the Indian Ocean tsunami. Initially created for humanitarian assistance and disaster relief, it has grown way beyond that over a period of time.  It currently focuses on a free, open and inclusive Indo-Pacific region.

The QUAD comprises of India, US, Japan and Australia. The US National Security Advisor, Jake Sullivan, has termed it as, ‘a foundation upon which to build substantial American policy in the Indo-Pacific.’ There is no doubt that it is a challenge to an assertive China.

The foreign ministers of the four QUAD nations met, for the first time, in New York in 2017 and subsequently in Tokyo, in October, last year. Until 2017, it was India which hesitated raising QUAD interactions to foreign minister levels. During the meeting in Tokyo, Mike Pompeo, then US Secretary of State, mentioned that the US hopes to institutionalize the QUAD, emphasizing that it has the capacity to push back China. Other nations avoided naming China directly. The Biden administration is following on the footsteps of Trump and considers the QUAD as an essential grouping of like-minded nations.

The statement issued by the White House after the first Modi-Biden conversation stated, ‘The leaders agreed to continuing close cooperation to promote a free and open Indo-Pacific, including support for freedom of navigation, territorial integrity, and a stronger regional architecture through the QUAD.’ Joe Biden and Japanese PM, Yoshihide Suga, in their telephone conversation, also agreed to ‘promote the QUAD grouping.’ Last week, the US announced its willingness to host a meeting of leaders of QUAD nation’s in the near future. It is possible that this would be a virtual meeting.

Japan and Australia already have a defence treaty with the US, while India hesitates to create a new military architecture as it could antagonize China, adding to tensions, despite the ongoing de-escalation and disengagement. India’s close ally, Russia, has also announced its misgivings against militarization of the QUAD. Further, entering into an alliance could result in India being drawn into conflicts which it may not desire or having its forces operate under US command, which India is unwilling to accept. It is for this reason that the Indian Navy has avoided joining the US in Freedom of Navigation Operations in the South China Sea (SCS). It has, on the contrary, sailed independently in the SCS.

India is a key player on account of its naval power and its strategic location. Its active participation is therefore essential. There is also a difference in areas of interest between nations comprising the QUAD, which complicates its effectiveness. US and Japan are mainly concerned on the South and East China Sea, Australia, the Western Pacific and India, the Indian Ocean. Unless these differences are resolved, effectiveness of the QUAD as an entity will remain questionable.

During the peak of COVID 19, Vietnam, South Korea and New Zealand participated in what was termed as the QUAD plus dialogue. This was essentially for containing COVID and reinvigorating national economies, post it. Vietnam can become an important partner on account of its location and continued differences with China. Simultaneously, all these nations are also part of the RCEP (Regional Comprehensive Economic Partnership), except India and the US. This indicates that despite differences on territory and security, trade remain the primary focus.

India, Japan and Australia signed an initiative last year seeking to reduce dependence on supply chains from China while adding more like-minded countries to their list. This was done with the intention of countering Chinese expansionist designs in the SCS and its land borders with multiple nations including India. It was also a major lesson from COVID 19, wherein China was seen to control the global supply chain. Japan is already encouraging its industry to pull out manufacturing from China. Unless new supply chains begin benefitting nations from ASEAN, the initiative is unlikely to win much support.

A question raised is whether the RCEP would override the QUAD. It translates into economic considerations carrying more weight than military groupings. For the QUAD to be effective, it needs active participation of ASEAN members, all of whom are members of RCEP. Chinese influence in the region, despite differences with many nations over the SCS, has ensured that they stay away from actively contributing to the QUAD. South Korea, a close ally of the US, has also not displayed any enthusiasm in joining the QUAD. Simultaneously, the Chinese initiative of evolving a Code of Conduct for the SCS with ASEAN nations, has yet to make headway.

Hence, if the QUAD is to push its weight in the region, it has to have a strong economic element built within it. A sole military approach, as currently being projected, would never draw nations of ASEAN into it as they perceive challenging China could enhance tensions, which could be detrimental to their growth and security. It could compel them to choose between the US and China, a difficult choice. The QUAD would need to expand into a QUAD plus, rake in nations from Europe and ASEAN, with plans to offer an alternative to the Chinese BRI and supply chains, if it seeks to be effective. The diplomatic power carried by its members and their military power is currently sufficient.

The ‘Australia-Japan-US Trilateral Infrastructure Partnership’ and ‘Japan-EU Infrastructure and Connectivity Agreement,’ both of which exist, should pull in India and extend its outreach into the Indo-Pacific with an aim of pushing economic development. A combined economic and military QUAD would be essential to blunt Chinese power in the region and draw ASEAN nations into the grouping, enhancing effectiveness.