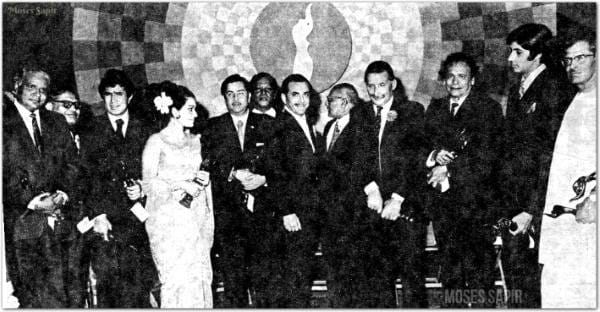 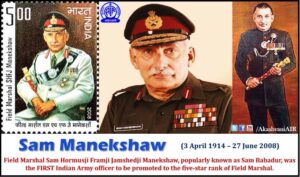 I had the opportunity of meeting Sam a number of times when I was posted as ADC to GOC M&G Area Bombay.  Bombay was a regular visit especially for weekend retreats much to our discomfort.. apart from being received and seen off at the airport his demands were minimal.. he was very comfortable in MES IB Suite No. 1 and did not appreciate hangers-on and being fussed around. 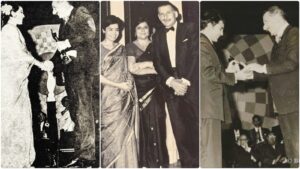 After 1971 Operations he was a National Hero, topping the popularity chart.. perhaps this was the reason why Filmfare decided to invite him to be the Chief Guest at the 1972 Filmfare Awards in Shanmukhananda Hall. 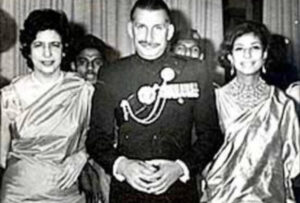 Karanjia the Editor had not visualised as to what it entails when you invite the Army Chief as Chief Guest, seats bring very restricted, he was horrified when I as coordinator placed my demands on the number required as per hierarchical protocol. Mrs Manekshaw being a Bombayite had her own list of relatives and friends.. frustrated Karanjia gave in grudgingly murmuring ”Never Again”. The seating plan was thrashed out in detail with Sam having two beauties on either side. I also ensured that all ADCs were suitably placed in the row behind, [again a protocol essential] and marked my name with Waheeda Rehman and Hema Malini on either side.

Thrilled with the outcome we reported to MES IB on the Awards Nite to move as a convoy, all was well so far till Sam asked me whether I had catered for his ‘Kancha’?

I was speechless and shocked, there was no way I could have got another seat, and in any case, there was no way to contact Karanjia. I just mumbled ‘Sir’, he smiled and asked the Kancha in Gorkhali to sit in the car in front. We reached Shanmukhananda Hall to a rousing reception and a cheerful welcome with cries of ”Sam, Sam, Sam”. I kept drawing Karanjia’s attention for that one extra seat and he ignored me completely [cannot blame him]. 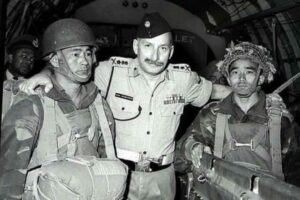 The only recourse was to request the Security to place that tin folding chair in the passage for the Kancha to maintain an eye contact with the Chief, in case he needed anything  (protocol excuse 😎). Satisfied with the outcome I placed myself between my two favourite stars, as Sam was about to sit down I could feel he is looking for someone and I missed a heartbeat rightly so he asked where is Kancha? I pointed towards the Kancha, and he firmly asked why he has not got a proper seat? I showed him the hall was jam-packed and this was also achieved as a special favour by the organisers. He was very calm and just said, ”In that case Mr ADC, do me another favour, kindly move there and offer your seat to the Kancha”.

I salute you Sam on your Birthday, never seen another like you!

Col A J Bahadur. (Retd), was commissioned in Artillery from IMA in Dec 1967.  He was appointed as ADC to the GOC Maharashtra, Gujrat and Goa Area after the 1971 IndoPak (Bangladesh War). He commanded an Arty Unit and also served in Deserts, J & K, Sikkim and NE and also on various appointments in different Formation HQs and Training Establishments.

One thought on “Field Marshal SHFJ Manekshaw turns 108 on 3rd April, I salute you Sam, never seen another like you!! by Col A J Bahadur (Retd)”