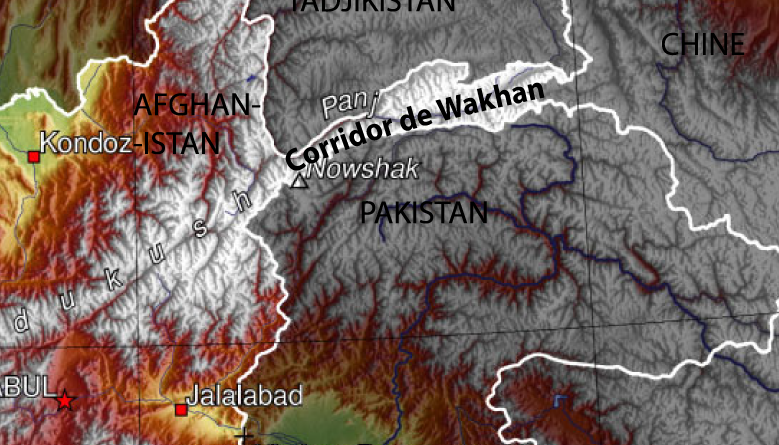 GILGIT BALTISTAN (G-B): In the Eye of Storm 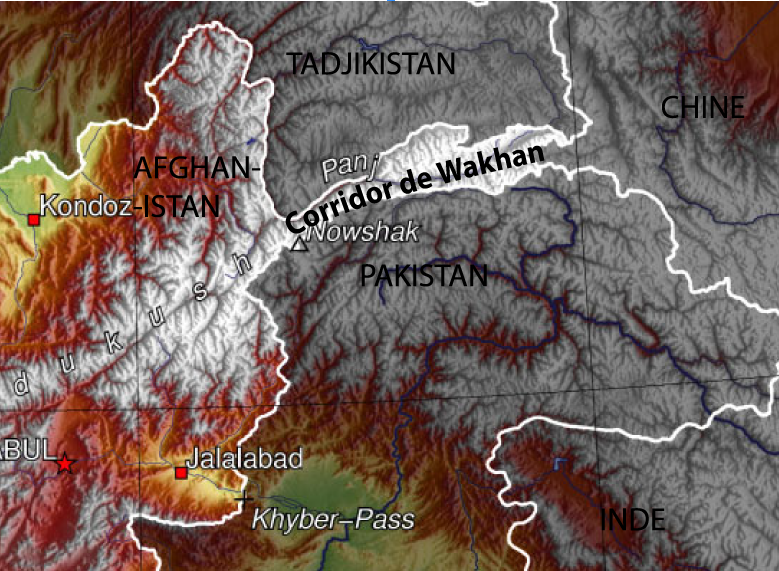 UNHINGING THE GREAT GAME OF THE DRAGON 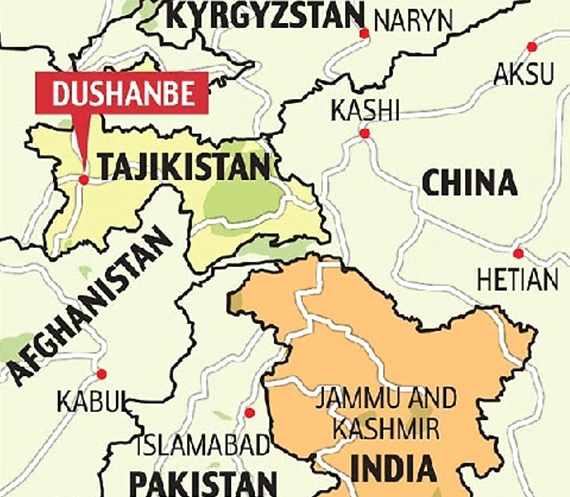 The new great game currently is done and dusted with only a semblance of opposition by India. The US is virtually out of it with Trump announcing unilateral withdrawal ignoring even the NATO allies; unless the Biden administration decides otherwise. Russians seem to be consistently towing the line of the Chinese which is evident from the approach of Russia vis – a – vis China in the Galwan crisis and during the Nagorno-Karabakh war. In the GB – WC region too, it seems to be satisfied with the role of a marginal player not keen to cross swords with China. We cannot expect much from Russia. This leads to the Indian Dilemma: what should India do to unhinge the game being played by the Dragon as the sole orchestra master?

The option could be to bring in the other big player in the region, Russia in the Chinese Checker. Can we convince Russia to do so? The current geo-political scenario seems unlikely. The only hope India has is to play on the desire of a former Super Power to regain its rightful place in the world order. Russia would be loath to play second-fiddle to China for long. The vacuum created by the likely withdrawal of the US from Afghanistan can be worked upon by India to convince the Russians to step in the game as equal partners in the region. But can India swing it? Putin backing India in the GB-WC region is a very remote possibility but there is no harm working on it. For example, India could take a more ambivalent position towards Russia wherever the Russian interests are involved such as its confrontation with the West over issues such as Crimea, Ukraine, Syria, Nagorno-Karabakh. Selectively, continue defense procurements with Russia despite US objections.

Roping in the US into the great Game- Can we get the US into the new great game? Trump was determined to withdraw from the region. However, ISAF is not in favour of a premature and unplanned withdrawal without ensuring a secure arrangement to prevent Afghanistan from being used as a region to mount terror attacks in Europe and other Western Countries. With Presidency now shifting to Biden in January 2021 the chances are that withdrawal will be delayed. If we take note of a recent statement by Leon Panetta former Director CIA and Secretory of Defense of USA during Clinton administration US is likely to delay its withdrawal. However, this is no guarantee that the US under Biden will pander to specific Indian interests in GB-W-C dynamics given the consistent criticism of India over human rights issues by even a semi – Indian origin US Vice President Designate Kamala Harris. But Biden should be reminded about China’s ulterior motives when it denied access to US troops in Afghanistan via the Wakhajir pass (WC) during Barack Obama’s presidency. NSA designate Jake Sullivan and Secretary of State Anthony Blinken should consider this aspect while advising the President designate. The USA super spy CIA should by now have picked up the development of the road through the Wakhan Corridor. Impunity with which China disregards international agreements needs to be brought center stage by India to swing the world opinion against China. A number of agreements have been broken unilaterally by China, be it India, Japan, Australia, Taiwan, Hogkong, or International Laws of the Sea in South and East China Sea. The narrative of Biden administration must go beyond terrorism to opposing countries with hegemonic policies. Recent statements of restoring US to old ways by its NSA designate Jake Sullivan may not be enough to deter China from its expansionist designs. His statement that economic security is national security will only further embolden China. The stated intention by future Biden administration that they will implement policies that ensure return to multilateralism, global cooperation and fighting climate change sounds too idealistic.

Economic measures to hurt China as is being taken by the Government of India should continue-Steps such as banning of 267 apps from China which threaten national security like PUBG, Tik-Tok, Weibo, Ali Express etc. Although in the short term, banning of low-end Chinese products may pinch the citizen but in the long-run, it will help in making India Aatmnirbhar. As per Mr. Piyush Goyal Union Cabinet Minister of India, trade deficit with China declined to $5.8 billion in the April-June 2020-21 period from $13.1 billion in the same period due to the effort of the government to reduce its dependence on China. This is a welcome development but while doing so the Government should also focus on finding alternatives to its dependence on China. The country’s decision to stay out of the RCEP may appear incorrect economically but given the Chinese behavior it is unlikely that India would have benefitted from the RCEP. It may be worth noting that China has banned a number of Australian products such as barley, sugar, red wine, timber, lobsters and cooper despite Australia signing the RCEP and its PM Scott Morrison approaching China for reconciliation. Given the highly antagonistic attitude of China towards Australia, it is most unlikely that India would have been treated any better as we are currently locked in an even more hostile situation with China than Australia. However, these developments in the Indo – Pacific should give us a glimmer of hope of creating an RCEP minus China by weaning away countries such as Vietnam, Indonesia, Myanmar, Thailand, Philippines and Singapore, Australia and New Zealand.

New NATO, India must take the lead to build a new NATO (QUAD plus France and UK) with Indo-Pacific as the central focus. This assumes even greater importance as the changed ruling dispensation in the US under Biden may not push for the QUAD the way it was being done by the Trump administration. However, to do so we need to exploit and play up the anti-Chinese sentiments in a shuttle yet firm manner. Attitude of China towards Australia, Japan, Hong Kong, Taiwan and its scant regard for International laws of the Seas, all need to be played up in global forums. The role of India in the UN Security Council as a temporary member will be pivotal in this regard. The days of ambivalence need to be jettisoned. Adequate reasons exist to promote a New NATO for the Indo-Pacific call it as QUAD Plus or by any other suitable name. Hard power projection in the Indo-Pacific is necessary to unhinge China from the GB – WC towards the Indo-Pacific. The fact that barring USA and to some extent Australia, India is the only country which has stood up to the Chinese expansionism and belligerence needs to be cashed in amongst the comity of nations.

Development of comprehensive national power (CNP)- A credible hard power capability through a mechanism of short-term foreign procurements and mid to long term indigenization initiative to develop India’s defense capability has to be undertaken. In the short-term procurement of niche technology effect-based weapon systems and equipment on AI, platforms must be made on priority. Simultaneously, where feasible indigenization initiatives need to be worked on to create a sustainable military capability.

Discard ambivalence- The strategy of ambivalence needs reconsideration. We need to take a firm position on China. The current global geo-political environment appears highly polarized between pro-China or anti-China stance. India due to recent events has no choice but to go with anti-China alignment. It is time to call spade a spade and not cloak it in a velvet box. China has unsettled borders only with India and Bhutan. For how long will we be back stabbed by China through its strategy of Unrestricted Warfare and 3 Wars strategy? Sun Tzu now has to be responded by Kautilya and we have the current winter season to think through the possible Chinese intention and likely actions that they may take against India in the forthcoming summer season.

Discredit Pakistan- One of the most significant players of the new great game in absence of GB not being with India is Pakistan. It has twisted rules, ceded territory, and given unfettered access to China in perpetuity. India must not miss any opportunity to discredit it. It recently conducted elections in GB which is legally an Indian territory. It further disregarded the aspirations of the people of GB when Imran Khan’s party PTP blatantly rigged the elections. There are reports that people of GB have staged demonstrations against the Government of Pakistan. DIG Waqas Ahmed of Pakistan commenting on the elections had said that PPP workers termed the results rigged and held a protest. Demonstrations were also staged in several areas of Gilgit-Baltistan, including Skardu and Chilas. India must further shed its cloak of idealist policy and wage the war against Pakistan and China in grey zone by taking a leaf out of the Chinese strategy of 3 W’s (Psychological Warfare, Influence Warfare and Legal Warfare), on them itself.

We also need to play up various dissenting voices in GB, Pakistan occupied J&K and rest of the peripheral states of Pakistan through diplomatic, social media, and international public opinion campaigns. For example, we have failed to exploit the statement of Barrister Hamid Bashani, a native from Pakistan occupied J&K and a Human Rights Advocate on demographic changes in GB in a seminar. He had said that people of GB have been agitating against the abolition of state subject law by Pakistan which has adversely affected the demographic character of GB. These changes, he said, can be gauged by observing Shias who constituted more than 80% of GB population in 1948 have now been reduced to less than 40%. Such demographic orchestration has been attempted by Pakistan even in the POK area. With such a track record, Pakistan has no locus-standi to object to India on any of its actions in J & K, which are more just and will stand the scrutiny in any international court of law. In summary India must wage an unrestricted 3 W strategy to discredit Pakistan and encourage peripheral border population to rise against the government and the Pakistan Army. The aim should be to let Pakistan wither under its own contradictions – win the war with Pakistan without fighting.

Enhance Presence in CAR especially Tajikistan. India has to extend its influence in the CAR for which its access to the region has to have multiple options either via Afghanistan or Iran or GB-WC. This can only happen if the twin conditions of weakening of the Chinese influence in the GB – WC and decoupling the China-Pak nexus. Towards this end the Chinese presence in Tajik territory along the Wakhan corridor poses a serious concern to Indian ambitions and interests in TAR. India’s air base at Farkhor, Tajikistan- lacks punch as it does not have any combat squadrons operating from the base which was established in 2002 with the tacit support of the Russians. With no active combat squadrons, the airbase does not provide India with an alternative attack route against China and Pakistan or the ability to affect militant operations in Kashmir. The base’s main function is to transport India’s relief and reconstruction supplies into Afghanistan. If India has to pose a serious challenge, then it has to strengthen its presence in the CAR especially in Tajikistan. This will pose a caution to the Chinese as well as the Pakistanis however, for this Russians have to be worked upon and taken on board. India must counter the Chinese great game by dual presence in Afghanistan and Tajikistan in the West and North and by its own domination from the South.