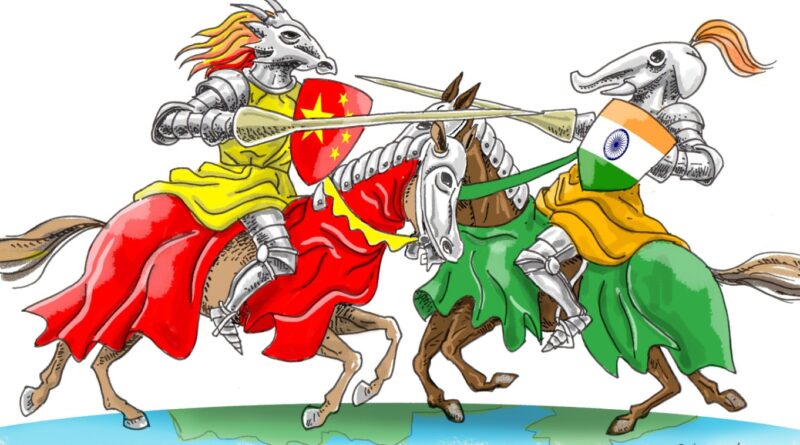 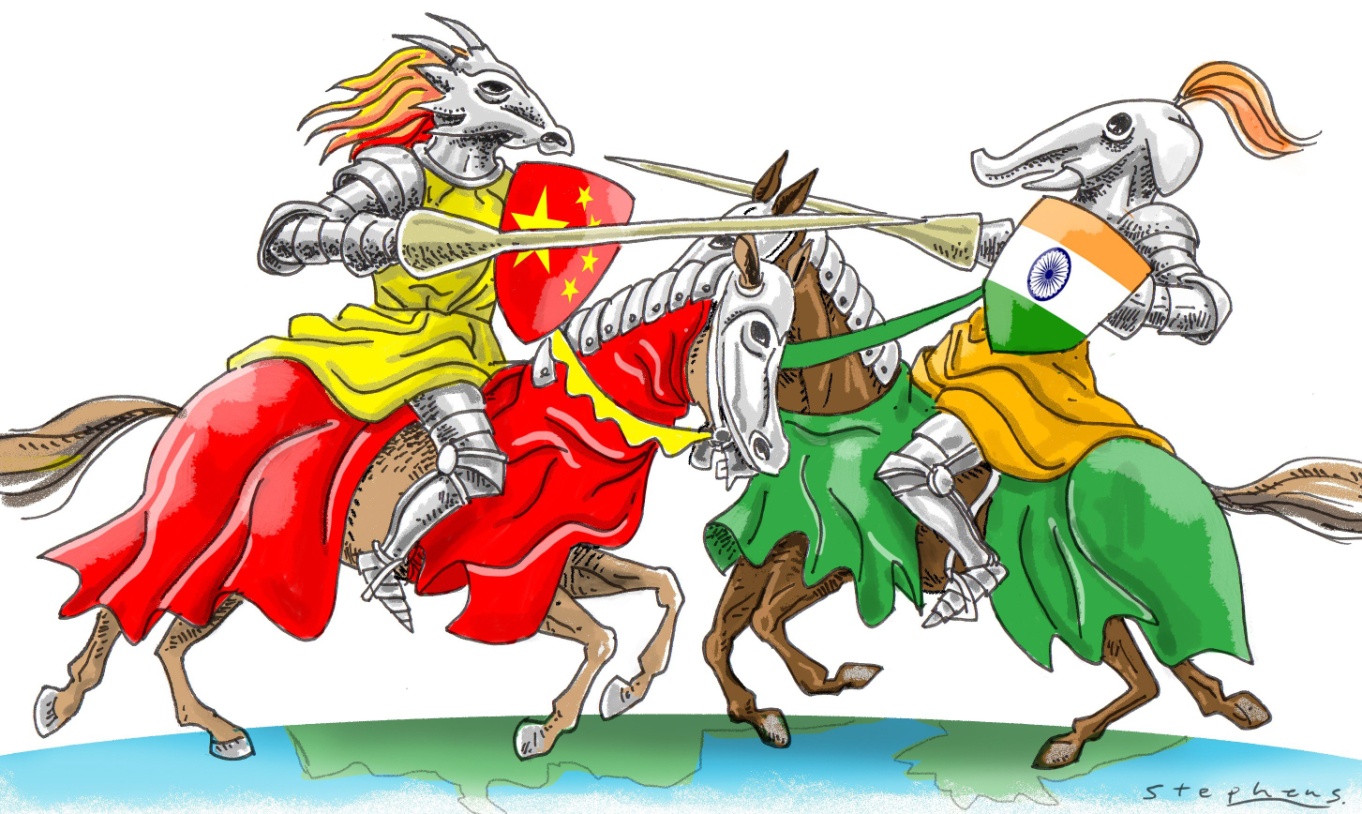 Recent reports indicate that Afghanistan’s National Directorate of Security (NDS) has busted a 10-member Chinese module operating a terror cell in Kabul. Since the incident came to light, China had been pressing the Afghan government to hush up the case and prevent it from causing global embarrassment. These individuals are believed to be linked to China’s spy agency, Ministry of State Security. At least two of the 10 Chinese nationals were in contact with the Haqqani Network. Simultaneous were reports from the US that China was paying the Taliban and Haqqani network for every US combatant killed.

China has been attempting to expand its grip in Afghanistan, especially as the US appears set to leave. It has been seeking to extend the CPEC, which is currently a failure, from Pakistan to Afghanistan. Afghan First Vice President, Amrullah Saleh, a former chief of the Afghan intelligence agency, is personally monitoring the investigation concerning Chinese spies. It has been reported that he has met and conveyed to the Chinese ambassador, Wang Yu, that the Afghan government could consider a pardon for the accused provided Beijing submits a formal apology and admits to the violation of international norms and a betrayal of Kabul’s trust.

It was already established that the Chinese were backing the Taliban, hoping for favours, including mining rights in the country, in case the Taliban came to power. Its spies were attempting to establish contacts with other terrorist groups operating in Afghanistan, thus securing their future, despite any coalition coming to power. Chinese spies would be operating in close coordination with Pakistan’s ISI, which is anyway the official backer of terrorist groups in Afghanistan. The embarrassment caused by this incident would impose caution on China.

Chinese interference in Nepal is well established. Chinese ambassador to Nepal, Hou Yanqi, has spent the last over a year meeting every political leader in the country, on multiple occasions, hoping to keep the communist party as a single entity and Oli in power. Even after the latest split of the party, dissolution of the Nepal parliament and ouster of the Prime Minister, KP Sharma Oli, from his party posts, she has been running pillar to post to push through a compromise. All her attempts have failed.

Earlier, in April, when the Nepal Communist party was facing a major crisis, the Chinese President, Xi Jinping, spoke to his Nepal counterpart, Bidya Devi Bhandari. Now, when the Chinese ambassador’s attempts to shore up support for Oli failed, China rushed in a high-level delegation led by the vice minister of the Chinese Communist Party. Officially, China claimed the visit was to discuss issues of mutual interest, however everyone knew the reality. It was panic that a change in government could impact its control over the country. The visit flopped, as Nepalese leaders refused to adhere to Chinese ‘demands of reunification.’

China’s visibility in Nepal has been on the rise in recent years with billions of dollars of investments under Beijing’s multi-billion-dollar Belt and Road Initiative (BRI), including the building of the Trans-Himalayan Multi-Dimensional Connectivity Network. There have been reports of China occupying Nepalese territory by shifting border pillars.

Locally, the Nepali public has been vociferously objecting to Chinese interference in the country’s internal matters. India has maintained silence on Nepal’s political crisis. The difference in relations is now visible as the Nepalese PM and foreign minister will be visiting India this month and has no plans to visit Beijing. No doubt, Chinese pressure tactics, like in Afghanistan have failed.

China’s influence and power over Pakistan is well established. It controls every sphere of Pak activity, including its army, government and economy. Pakistan has only been able to survive on Chinese loans and largesse. The only development which the country has witnessed in recent decades has been the China funded and created CPEC. It has exploited Pakistan to its advantage. Currently, it is pushing Pakistan even further into debt and dependence.

Pakistan is being forced to change the status of Gilgit Baltistan only to ensure legal protection to Chinese assets in the region. It would open doors for China exploiting minerals of the region. With Pakistan facing further financial problems, China is increasing its control by refusing to lend additional funds, including for its Main Line 1 Railway project, without additional guarantees. It is offering funds on commercial rates, adding to Pak’s financial woes. Its fencing of the Gwadar port, within which it would create an only-for-Chinese city has added to local anger.

This anger is manifesting itself into greater targeting of Chinese investments in Baluchistan. The Imran Khan government is attempting to unilaterally take over two islands off the Karachi Coast, Buddhoo and Bundal, without sanction from the Sindh government and hand them over to China, as they had demanded these islands in lieu of inability to repay loans. This has angered the local population of Sindh as these actions would prevent the local fishing community from exploiting fishing grounds near these islands, as also bring Chinese to their doorsteps.

While China would control all organs of Pakistan, it is alienating itself from the local population. The end result would be that China would always need the support of the Pak army to protect its assets.

China attempted the same in Bangladesh but were shown the door. The Chinese defence minister, who was initially shunned in his visit to Nepal, was subsequently not permitted to visit Dacca. This cancellation came at the last minute, compelling him to visit Pakistan in lieu. Till date, China has neither commented on the cancellation nor sought a fresh date for the visit. It has learnt Bangladesh is unhappy with Chinese attempts to interfere in the country’s internal matters. It had attempted the same against Sri Lanka, Maldives and Seychelles.

China vociferously claims it never interferes in internal matters of other countries, but its actions display a reverse. Its provision of loans to nations in South Asia has been the first stage in seeking to obtain control over these countries as they struggle to repay. It has been attempting to pull these countries into its fold by every means, funding, coercion or even by supporting terrorism. It had sought to distance them from India, isolating it, while it pushed military action against it.

Indian resistance to Chinese incursions, forcing the situation initially into a stalemate and subsequently into its favour has reversed the scenario. South Asian nations, which tended to move away from India at the commencement of the Ladakh standoff, have now moved back into Indian fold. China is being pushed out steadily. Its offer for vaccines for COVID is now being countered by Indian offers, which nations know are more reliable and come at far lower cost. The only nation in South Asia to have opted for the Chinese vaccine is Pakistan, others gravitating to Indian options. China is facing rejection in almost every country where it has sought to push its weight. It is left with only Pakistan in its kitty.

Re published article by Author.