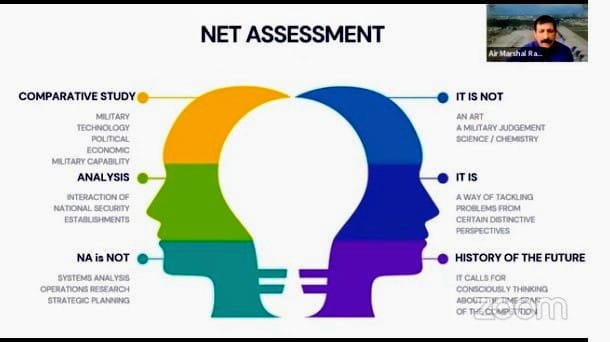 Strategic planning entails taking a comprehensive view of all those factors which have a bearing on the desired outcome over a period of time. In this connection it is important to organize this kind of analysis in relative terms with an adversary to arrive at the useful outcome. This technique of assessment was developed by an US foreign policy analyst Andrew Marshall post World War-II in the decade of sentries of the last century for the US Army to provide strategic evaluations on the nuclear war issues. This kind of assessment is highly relevant in India’s context also, to work out an assessment of the Comprehensive National Power (CNP) related to Pakistan and China to evolve a National Security Strategy (NSS) to deal with them.

A webinar on the above titled subject was organized by the Team STRIVE on 05 Nov 2022. The Keynote address was delivered by Air Marshal (Dr) Rajeev Sachdeva, AVSM (Retd) and other speaker for the event was Sri Ashok Sajjanhar, a former diplomat and now a prolific author and speaker on international affairs. 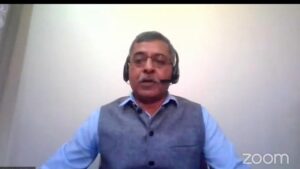 The format followed entailed; an introduction to the two topics by the Anchor, followed by the prestation by the Air Marshal (Dr) Rajeev Sachdeva, talk by Ambassador Ashok Sajjanhar, Q&A session by the Anchor and finally closing remarks by Maj Gen AK Chaturvedi, Vice Chairman, STRIVE.

Topics which the Two speakers spoke on, were as follows: –

Issues which were Highlighted by the Speakers, during their Respective Presentation/ Talks 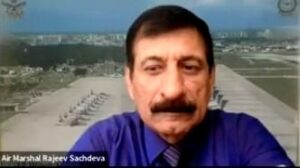 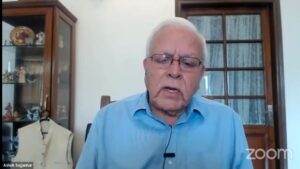 Overall, it was a good webinar which helped the audience to understand the nuance of the technique of Net Assessment to calculate the CNP and its application into strategic planning. Webinar also helped the audience to understand the basic premises on which India’s foreign policy is based and how with the current approach India is able to maintain its Strategic autonomy and follow a policy which helps India in realizing her National interests.

The above-mentioned webinar was conducted by Team ‘STRIVE’ on 05 Nov 22. Air Mshl (Dr) R Sachdeva very succinctly brought out the importance and nuances of assessing the ‘Comprehensive National Power’. With that foundational knowledge, interested members who are keen to further dwell into the topic, may visit ⇓ 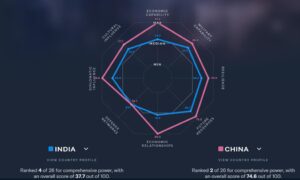 Maj Gen AK Chaturvedi, AVSM, VSM (Retd)  is a retired Indian Army General Officer who has served in Jammu & Kashmir, NE, Andman Nikobar on various appointments at Command and Army HQs.  He is Vice Chairman of Think Tank, “STRIVE”,  after retirement is pursuing his favorite hobby of writing for newspapers, journals, and think tanks.

One thought on “Net Assessment of the Comprehensive National Power, Hot Wash by Team STRIVE”