Roddy as he was popularly known was the Chief Instructor (CI) in DSSC while I was doing the staff course in 1981.
Those days there used to be an annual golf tournament between DSSC and Armoured Corps Centre and School and a lot of importance was attached to it by both the Institutions. That particular year the match was being played in Wellington and the DSSC having lost the previous one played in Ahmednagar had gone into a lot of planning in selecting the best possible team for this encounter.

The matches were being played on the Wellington Gymkhana golf course and having played four matches the score was two all. Naturally both the teams, therefore, were keen to win the decider.

It was at this stage that the DSSC decided to change the team and I was included to play the final match. Unfortunately that day a div sand model discussion was on and Roddy was in attendance. His intense dislike for golf was well known to all so the Col GS went and asked the permission of the Comdt Gen Mohinder Singh to take me out of the Sand model so that I could play the deciding match. He also informed him that since the CI was present in the discussion only the Comdt could get me out.

I was in the middle of giving my syndicate plan when the office peon of the Comdt arrived with a slip asking me to report to Cmdt’s office. The slip apparently also read that I would not be available for the rest of the day. A few eyebrows were raised but then I was asked to go. 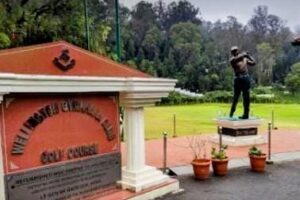 I finished my briefing quickly and rushed to the Comdt’s office, wondering why had I been called but just as I was entering the office building I was met by the Col GS and Col Moni Bains (OIC Golf) on the steps who told me to rush back home, change and get back on the golf course within next 30 minutes to play the deciding match.

Brig Rodriguez, a thorough professional and a no-nonsense man was obviously quite unhappy when he learnt later that a golf match was given preference over a divisional sand model discussion for a student officer.

Some of my friends who learnt about this had already started preparing the condolence speeches knowing what would follow the next day.

Anyway, I rushed home changed, picked up my golf set and got back on the Course to play my match and to the great relief and jubilation of DSSC team went on to win my match against Col Sirohi their team Capt. 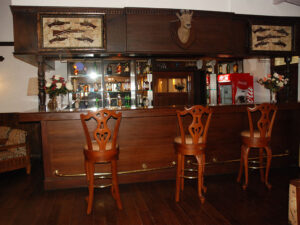 In the evening the customary dinner for the two teams was organised in the DSSC Officer’s Mess where Brig Rodriguez was the chief host. However to the utter dismay of everyone ( except the Col GS and Col Bains) the Comdt also arrived at the Mess and on being received by a baffled CI, told him with a big smile that he had come only to congratulate the DSSC team for winning the prestigious match. He then announced loudly that we must thank Abby for winning the decider and raised his whisky glass to say cheers.

Now all this drama had been arranged by the Col GS and Col Moni Bains who had gone and requested the Comdt to come to the Mess for a drink, primarily to save me from getting mauled by the CI. Brig Rodriguez immediately understood the whole plot so very sportingly decided to play along, walked up to me with that typical Roddy smile, shook my hands and complimented me for winning my match. And then after a pause, looked straight into my eyes and added ‘ But do remember that if you had spent more time on the staff course instead of the golf course your performance would have been much better ‘

He never mentioned this episode later though I would meet him many times again during the course thereafter.

RIP General Rodriguez. You were surely one of the finest. 🙏🏻🌻

Author – Maj Gen Abhi Parmar VSM (Retd), was commissioned in Infantry (The Rajput Regiment) from IMA in Dec 1969.  He retired as General Officer and was part of his battalion in the 1971 war. He has served in Deserts, J & K, Sikkim and NE and also on various appointments in different Formation HQs and Training Establishments.  He was Director-General  Indian Golf Union (2009 – 2014). He is Chairman, “STRIVE”, Think Tank,  after retirement and pursuing his hobbies, Golf, travelling and writing.