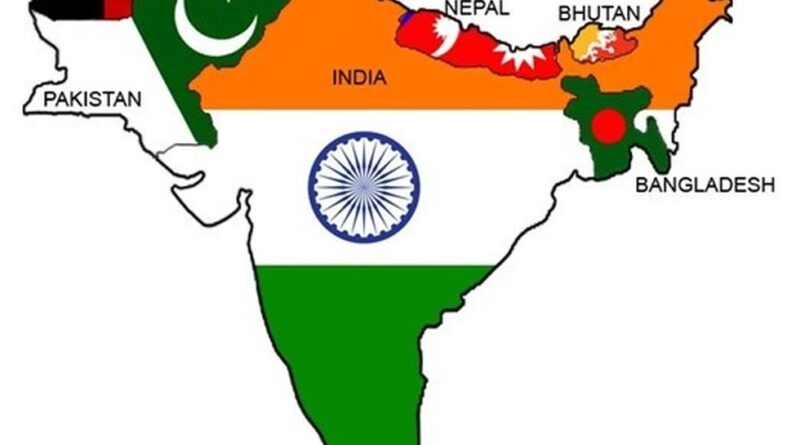 Talibani Afghanistan and Security Concerns on the Indo-Nepal Border 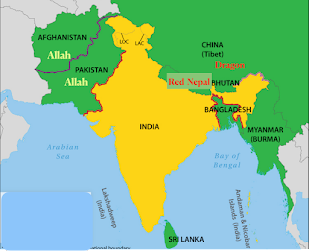 Figure 1: The Taliban’s Key Position in the Chinese Encirclement

In today’s highly connected world, events occurring anywhere have a profound global impact especially if they are terrorism related incidents. However, there are major consequences on countries that are located within the affected region. Unprecedented and unforeseen events in Afghanistan since the last few months will have far-reaching implications for the security of the Indo-Pak border, especially in Kashmir. But if our thinking is limited to Kashmir only, then it may prove fatal for the national security. The impact of the course of events in Afghanistan will also be felt throughout India and especially along the Indo-Nepal border.

As stability comes to Afghanistan, terrorists who were till now fighting in Afghanistan will start seeking alternate Islamic battlegrounds. Terrorists from different factions may turn to other Islamic conflict zones. Being located in close proximity to Afghanistan and the deep connection of ISI with Haqqani Network and terrorist groups such as Islamic State in Iraq and Syria Khorasan (ISIS K), Al Qaeda in the Indian Subcontinent (AQIS), disgruntled elements of Lashkar – e- Taiyabba (LeT) and Jaish -e- Mohammad (JeM), India will become an attractive destination. The ongoing Islamic conflicts are mostly going on in the Middle East, Africa, South Asia and parts of SouthEast Asia. The countries in South Asia that have been adversely affected are India and Pakistan. With the Pakistan-backed Taliban government dominated by the ISI’s favourite prodigy, the Haqqani network, it is likely that Pakistanis will be able to prevent these groups from targeting it, except perhaps Tehrik-e-Taliban Pakistan (TTP). Even in the case of TTP, the Taliban government at the behest of Pakistan is undertaking back channel talks to rein in the TTP. According to a United Nations report, there are about 5000 to 6000 Pakistani terrorists active in Afghanistan. Most of them are part of the TTP, but there are many who belong to Lashkar and Jaish whose primary focus is India, especially Kashmir. Apart from this, ISIS (K) and AQIS have resolved to fight for Kashmir. The enthusiasm among these groups has increased manifold after the defeat of the only superpower America at the hands of Taliban. The import of the Taliban’s victory can be gauged from the fact that a rag tag force of only sixty to seventy thousand equipped with Kalashnikov rifles, some low-end technology anti-aircraft guns, man portable missiles and rockets comprehensively defeated the combined might of America, its Western allies and a three lakh-strong Afghan Army which were equipped with worlds best and extremely lethal and accurate weapon systems, equipment and technology. The US Air Force, which is unquestionably the best Air Force in the World, could not prevent the US debacle. Many rate this withdrawal as even worse than Vietnam. Between 2006 to 2014, the US and its allies dropped 36,971 bombs on the Taliban through 16,541 strike sorties, but the outcome was a resounding “Taliban Victory. Most of Pakistan’s terrorists are part of TTP, Haqqani Network, ISIS-K and AQIS. Pakistan is probably developing ISIS (K) and AQIS links between LeT and JeM with the aim of : a) To avoid the strictures of the FATF, Pakistan may shift the blame on the ISIS (K) and AQIS for terror attacks carried out by LeT, JeM, HuA and HM. b) Pakistan and its dirty tricks department, the ISI may claim non-atributability if they undertake to train foreign terrorists against India on Afghan soil or establish terrorist bases along the Pak-Afghan border. c) Terrorist activities of ISIS K and AQIS can create an alternative pressure point on India apart from LeT, JeM and HM. The strength of AQIS in Afghanistan is estimated to be around 400 to 600. Similarly, ISIS (K) is estimated to have around 2200 to 2500 terrorist cadres. The numbers are likely to rise further as the new Taliban government released Taliban prisoners from Bagram prison soon after the hasty withdrawal of US forces from Afghanistan. From the pool of available terrorists roaming freely in Afghanistan and Western Borders of Pakistan, we can safely assume that about 3000 to 4000 battle hardened and fully trained in guerilla warfare terrorists may be unleashed against India.

To make matters even more difficult for India, ISIS K has been releasing propaganda material to inspire pro-Wahhabi and Salafi elements among Indian Muslim masses since 2016. For example, the video released by ISIS K after the Jalalabad jail attack on 02 August 2020 was in Urdu, not Dari or Pashto. The attack was carried out by a trained doctor Ijas Kalluketiya Purail, who was on the most wanted list of the National Investigation Agency (NIA) of India. Why was Urdu chosen by ISIS? Urdu is not spoken in Kerala or Kashmir? However, it is certainly spoken in parts of Pakistan, UP, Punjab, Himachal Pradesh and Bihar. Are we heading towards seeing a rise in terrorist activities in our Urdu speaking heartland? UP is home to over 3.5 crore Indian Muslims. UP is also the land of important Islamic institutions of the world such as the Barelvi Movement and the Darul Uloom Deoband Madrasa, their following extends to Central Asia. If we include Bihar and West Bengal the other Indian states bordering Nepal, then the number of Muslim population is about 7. 6 crores, due to the foregoing reasons border areas may easily become centers of terrorist activities. According to a report by Seema Sahastra Bal (SSB) of 2008, there were more than 820 mosques and seminaries (Madrasas) in Nepal and 2000 in India in the close proximity to the Indo – Nepal border. Most of these have been built only in the last seven to eight years. These numbers by now would have increased substantially. A report prepared by Indian security agencies has revealed several radical activities along the Indo-Nepal border. Sources have said that Pakistan-backed modules in Nepal residing in these border districts harbor terrorists wishing to target India. Therefore, the dominance of Taliban in Afghanistan is going to seriously affect the security of India and the three states of UP, Bihar and West Bengal. The Indo-Nepal border is on the verge of being exploited by terrorist groups backed by Pakistan, China and Taliban and we have to take cognisance of this fact at the earliest otherwise the country may have to pay a heavy price.

Why is Nepal likely to be used for terrorist activities?

ISI has infiltrated terrorist cadres of Lashkar-e-Taiba, Jaish-e-Mohammed several times in the past through Nepal into India. There are strong reports of Lashkar-e-Taiba base being made in Gorakhpur and Faizabad to target India. The border districts of Parsa, Kapilvastu, Sunsari and Bara are being funded from abroad for anti-India activities. Recently a two-storey guest house has been constructed by Pak based radical organisation Dawat-e-Islamia (DeL) along the Indo-Nepal border to accommodate personnel from Pakistan, Bangladesh and other countries. According to reports Rs. 1.25 crore was provided for construction of the guest house by branches of DeL in Pakistan. ISIS K, AQIS, LeT and JeM will easily be able to take advantage of these centers. Increased security along the Line of Control with Pakistan will also be a factor in favour of the Nepal border for infiltration and terrorist activities in India. Moreover, the ability to exploit the India-Nepal border has increased manifold due to the presence of a pro-China government in Nepal. Sino-Pak collusion, and the presence of Chinese study centres on the Indo-Nepal border can serve as ideal launching points on the Indo-Nepal border. India used to be a safe zone, but somewhere down the line after Tibet got annexed by China in 1951 and Dalai Lama forced to leave from Tibet in 1959 to India, Nepal became a buffer zone and now it is rapidly transforming itself into a competition zone.

India’s troubles don’t just end there, ISIS K and AQIS are now churning out propaganda material in several Indian languages ​​such as Urdu, Hindi and Bengali inciting the Indian Muslim population. Also we must not forget the IC 814 hijacking from Kathmandu airport, Nepal on 24 December 1999, which had a clear imprint of ISI backed by terrorist groups based in Pakistan and the then Taliban 1.0 government in Afghanistan. The foregoing arguments point to a very powerful internal security threat in the hinterland of India and its frontline states UP, Bihar and West Bengal. The important question is what should be done to reduce this new threat to India’s national security? 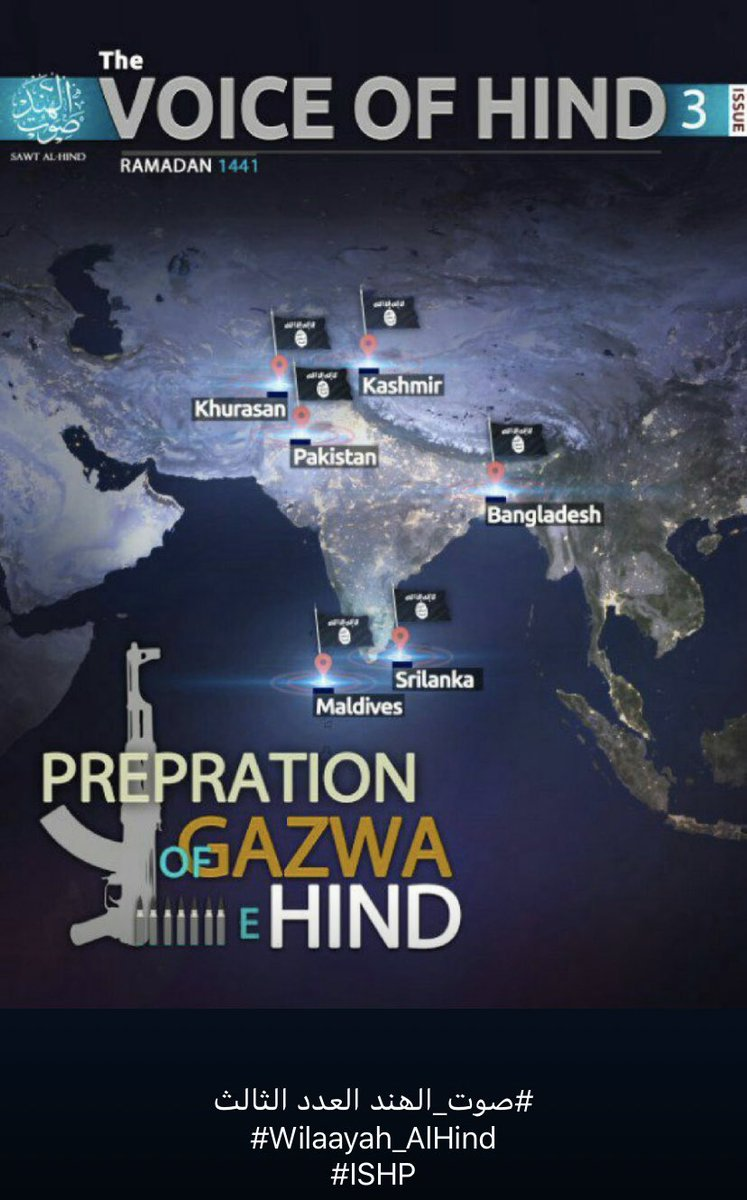 Suggestions to Tackle the Problem

We need to improve our mutual relations with Nepal to prevent the complicity of countries exploiting Nepal against India. We can achieve this by sincerely resolving our differences and using our bilateral strength sensibly, for example leveraging our historic and deep rooted people to people relationship, commonly referred to as the “roti beti ka rishta.” Also we must take full advantage of the strong military ties between the two countries. In this context, we need to recognise and honour the retired Gurkha soldiers of the Indian Army in Nepal as our ambassadors and use their influence to better our mutual relations. We must honestly address festering disputes such as the 1950 treaty, trade and transit treaty, boundary issues and water agreements. We need to assure Nepal that India will support it in all its endeavours to become a vibrant nation and help regain its lost glory. We must remember that a vibrant Indo-Nepal relationship will lead to better security cooperation between the two countries which will prove to be very helpful in dealing with the threats posed by trilateral collusion between Afghanistan Taliban, Pakistan and China.

Intelligence is the key to being prepared, proactive and rooting out the problem before it manifests into a major security issue. Israel believes in the principle that a conflict should not be allowed to escalate or else it will become difficult to solve it. In simple terms “nip the problem in the bud.” Our country desperately needs a Nepal centric accurate and reliable result based intelligence process so that we can solve any threat in a timely manner. We need to develop an understanding on this matter in a sensitive manner with the Government of Nepal. There is a need to conduct joint operations with Nepalese security forces along the Indo-Nepal border to eliminate or neutralise terrorists hostile to India. The border states should also form part of the security framework.

Next we need to strengthen the border transit mechanism through joint dialogue at the earliest. To make this a success, we have to give up our big brother attitude and assimilate Nepal into our security paradigm. Integrated border management incorporating hi-tech sensors, drones, transportation and intervention equipment is the need of the hour. The central and state security agencies and forces need to work in a friendly spirit with Nepalese Security Forces to prevent the use of Nepalese soil for terrorism by the elements based in Pak and Afghanistan against India.  Uttar Pradesh, Bihar and West Bengal should look at the problem from the prism of national security and not from the prism of political or short-term objectives like winning domestic elections. I have suggested the concept of four C’s to deal with the threat on the Indo-Nepal border. First C: (Contain) Reduce China’s influence, Second C: (Cooperate) Cooperate with Nepal, Third C: (Coordinate) jointly coordinate borders and Fourth C: (Control) India and its border states should control their internal differences in the social and political sphere.  The situation may not seem frightening or worrying but we should know that the historical heritage of Indian culture like Ayodhya and Kashi have always been and will remain in the foreseeable future the most preferred target of terrorists. The threat is even more magnified  as all these places are very close to the Nepal border and within 24 hour striking distance from the Nepalese Border. IT IS BETTER TO BE PREPARED RATHER THAN BEING SORRY.