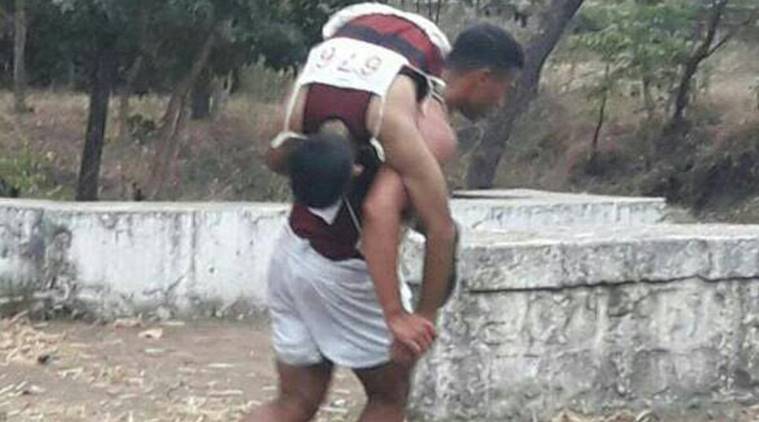 The professional construct of a military soldier is deliberately drilled and freighted with sacred ethos, timeless values and spirited regimentation that almost defy the modern-age perspectives of practicality, individualism and personal safety. The nobility of the profession of arms is predicated, among other values, on the age-old Latin phrase “nemo resideo” or “leave no man/women behind”. 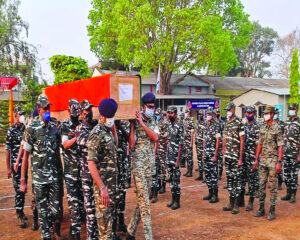 In different expressions, languages and syntax, its inherent spirit manifests in the fighting soldier’s inviolable belief in his comrades-in-arms within his platoon or paltan (unit). Such faith within the combatants rouses them to routinely defy the situational/ operational odds and do the seemingly impossible, frequently. It is often an institutional code that is insisted upon, nurtured and breathed as a given, falling short of which brings the ultimate shame on the combatant — a question mark on the individual or paltan’s izzat (the uncompromising pride vested in the “Naam-Namak-Nishan” (the distinguishing name, hallmarks and accoutrements of the battalion/regiment)!

Photo – Sadly, the age-old creed of nemo resideo was violated when the joint security team came under fire from Maoists in Chhattisgarh

The legendary story of WW1, where a soldier in a trench saw his “buddy” fall in fierce battle and urged his Lieutenant to allow him to dash into the no-man’s land to bring back his comrade, was met with a what could be construed a fair query today: “You could, but don’t think it would be worth it. Your friend is probably dead, and you may throw your life away.” But because a noble soldier is cut from a unique cloth, the combatant made the dare amid relentless firing, hoisted his “buddy” and retrieved him to the trench. Expectedly, the Lieutenant said: “Your friend is dead and you are mortally wounded.” The gallant soldier replied: “It was worth it because when I got to him, he was still alive…and I had the satisfaction of hearing him say, ‘Jim…I knew you’d come’.” The moving impact of this story within that detachment, unit or even the Army is unfathomable in its psychological import.

The same spirit has been shown by the Indian Armed Forces in countless acts of similar valour and sacrifice, most recently in Galwan where the Commanding Officer went down fighting in hand-to-hand combat along with his troops. This unique Indian quality of “leading from the front” is unmatched for any fighting force in modern history, and the Indian soldier knows that everyone in the unit has “got his back” and they will “never leave anyone behind”. Unlike the commercial/civilian domain, the conscript Indian Armed Forces have magnificently upheld the self-devised concept of “unlimited liability” towards the nation and amongst itself. Even in death, the spirit of “leaving no man behind” is just as hallowed. Unbeknownst outside of the “uniformed” fraternity, it is suchlike traditions that make the Indian Armed Forces distinct from other “uniforms”, be it in the police or Central Armed Police Forces that also face operational situations warranting such beliefs.

While the exact details pertaining to the horrific Maoist attack in Chhattisgarh on the joint force of 2,000 security personnel, which led to 22 jawans getting martyred, are still a matter of conjecture and speculation, certain known details are disturbingly suggestive. Beyond rightful concerns on Intelligence, planning, tactics and so on, the fact that during the ambush, a sizeable number of the personnel escaped to camps and left behind the wounded, dead and caught-alive to fend for themselves is shockingly telling of a reality. Apparently, the bodies of the fallen soldiers, who were subsequently stripped of their weapons and wares by the insurgents, were reclaimed the next day. Important to reiterate that the recruitment area and demographic profile of the soldiers, be it in the Armed Forces or the policing realms, are common — the difference in cultural and instinctive patterns arises subsequent to joining the respective forces, and that has to do with the leadership, lack of regimentation and political interferences, in one force versus the other. The same family that sends one son to the Infantry unit may send another to a police force; however, owing to institutional moorings and leadership, the conduct of one “uniform” versus the other could differ in combat operations — and the blame should never be apportioned on the jawan.

The sense of invaluable identity, “belonging” and purpose that accrues to a South Indian officer in a Sikh Regiment is inexplicably natural in an Infantry Regiment, which then seamlessly subsumes one’s personal identity towards that of the regimental identity, values and traditions. For those intangible emotions of the paltan/regimental pride and dignity, the Indian Army soldier repeatedly fights to “the last man standing”. Troves of policing reform reports are gathering dust as the institution suffers from the lack of political will to reform, as it potentially “frees” the force from political use/misuse. It is this cultural risk and infection that stares at even the Armed Forces should they too get politicised and exposed to societal morass, passions and divisions.

The “uniform”, irrespective of its denomination, military or police, must always believe that their institution will never leave anyone behind, fighting or dead. It’s almost a blood promise, belief and practice that must never end, for as long as conflicts exist, the unsaid oath to each other must be sacred.

(The writer, a military veteran, is a former Lt Governor of Andaman & Nicobar Islands and Puducherry. The views expressed are personal.)