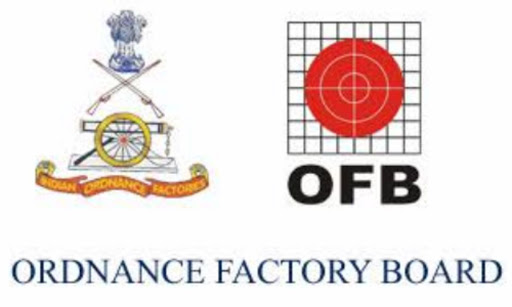 Around a year ago, on 16 May 2020 to be precise, the Hon’ble Finance Minister announced that the Govt of India had decided to go ahead with the corporatisation of the Ordnance Factory Board and that a detailed roadmap for the same was being drawn up. On 16 Jun this year, exactly 13 months after that announcement was made, it was stated that the Union Cabinet had cleared the restructuring of the Ordnance factories (41 in all) by creating seven separate PSUs (initially 100% owned by the Govt) adding to the already nine defence PSUs (four DPSUs & five Shipyards). With this, the Ordnance Factories Board set up on 08 Apr 1775, shuts shop.

How this will play out is already being discussed and debated in print, television and social media. This announcement should not come as a surprise. In fact this author had written an article entitled ‘The Contours of Corporatisation of the OFB’ which was published by CENJOWS on 26 May 2020, the link of which is provided below:-

It is proposed to re-visit this article and draw some conclusions on how these seven Ordnance PSUs will shape up. At the outset, although this is now widely known, it merits repetition here that the seven companies being set up are as under:-

(a) The ‘Ammunition and Explosives Group’ which, as the name suggests, will consist of the factories already producing ammunition and explosives.

(b) The ‘Vehicles Group’ would have under its umbrella, the factories manufacturing tracked combat vehicles and assembling four-wheeled troop carriers.

(c) The ‘Weapons & Equipment Group’ would take under its stewardship, the factories engaged in production of all weapons from pistols to rifles, to artillery guns.

(d) The ‘Troop Comfort Items Group’ would have under it the clothing factories as well as the equipment factories that manufacture uniforms, boots, mountaineering gear and tentage.

(e) The ‘Ancillary Group’. As of now it is not clear which of the factories would be a part of this group.

(f) ‘Opto-Electronics Group’ would take control of the factories manufacturing optical sights for guns, binoculars and the like.

(g) The ‘Parachute Group’ as the name suggests, is likely to take over the sole factory at Kanpur which is manufacturing parachutes unless it is decided to band the clothing factories too under this group.

The empowered group of Ministers under the Raksha Mantri with the Home Minister, the Finance Minister, the Labour Minister and MoS PMO will oversee the implementation.

Although right now the ownership of these companies is 100% with the Govt, It is envisaged that subsequently they would get the necessary dispensations to forge partnerships with the Private Sector without which they would be hard put to turn into profitable ventures. The provisions of the Defence Acquisition Policy-2020 (DAP-2020) and Defence Production & Export Promotion Policy-2020 (DPEPP-2020) must be leveraged to encourage the participation of not only the private sector but also of foreign manufacturers.

All Ordnance Factories have vast estates and huge assets in the form of plant and machinery, buildings, etc. Many of them are small townships with their own hospitals, schools and other civic amenities. These assets must be leveraged by the PSUs for business purposes including lease for joint ventures (JVs) or fully owned subsidiaries, etc. At a later stage, they could be free to offer ESOPs to their employees.

Pricing and Orders
Perhaps the biggest challenge to the new ‘avataars’ would be in the realm of internal pricing and bagging of orders. What would be the new pricing mechanism and how it would be implemented remains to be seen. The entire success of this transformation would be a successful model of internal pricing and the ability to bag orders competitively rather than rely on orders on ‘Nomination Basis’ which is what has been happening hitherto. This functional freedom to operate would indeed empower the Ordnance PSUs with sufficient flexibility and resilience.

The working capital for the new Ordnance PSUs for the next two to three years or so is likely to be provided by the Department of Defence Production (DDP) by creating a onetime corpus. Capital investment for ongoing and sanctioned projects is also likely to be provided. These new PSUs could also get funding from the Technology Development Fund set up by the Govt. This would be necessary in order that these new PSUs be able to stand on their own feet. Also funds for their R&D needs may be provided by Govt for five years initially at the rate of 2-3% of their turnover.

However, after the hand holding ceases, these companies would have to manage like any other business house by going public, taking bank loans, et al. An imaginative road map has to be drawn ab initio that needs to be followed in letter and spirit to cater for the future.

The net worth of the factories under each group should be based on valuation on current market rates rather than on book value. This would help in framing JVs of higher values and will indicate the correct valuations. For audits, reputable audit firms must be engaged by them.

Also, thus far, being a purely Govt owned and managed entity, none of the factories were required to maintain a P&L (Profit & Loss) statement. However now as PSUs it would become incumbent for them to do so and that is really the crux of the success of this transformation.

The OFB had its own procurement Manual and was not bound by the Defence Procurement Manual. Now each of the PSUs will have to modify that manual or draw up their own manuals which would detail the procedures that would be suitable for them to follow. It will not be a ‘one size fits all’ sort of a document but one that will be tailor made for each specific group. They would need to include clauses for long term PPPs. The new Ordnance PSUs would have to build Supply Chains taking into account their long term partners.

In line with the corporatisation of the BSNL model, all existing officers and employees of the erstwhile OFB organisation would need be on deputation with their respective PSUs for two to three years but without deputation allowance. Subsequently their pay and allowances could be aligned with what their counterparts are getting in the other Defence PSUs. It is envisaged that all employees above the age of 50 would be given the VRS option. The VRS scheme should be funded by the Govt and made attractive. All vacancies caused by the VRS scheme could be filled by promotion of suitable personnel as well as direct recruitment from the corporate world and industry through ‘walk in’ interviews. Persons with experience from the Armed Forces and other Govt bodies should also be considered. This should be the norm for the shop floor management as well. In fact, experienced personnel taking the VRS could be hired on a contractual basis by these Ordnance PSUs. They would however need to draw up fresh HR policies.

Initially, the Govt of India would be taking on liabilities like pensions for the serving employees.. The writing off of the losses by the Govt should be for the first two to three years only. The Government could support these companies by way of loans and equity investments. The Government could also provide sovereign guarantee for raising of loans.

Taxation and Pricing
GST and corporate tax for any autonomous entity is a sine qua non. Norms applicable to Defence PSUs would be applied here too.

The conversion of the Ordnance Factories into corporates, albeit as Defence PSUs has set in motion an irreversible process in the way they will be functioning in the future. They would need to be given a free hand to set up offices, factories and entities in India and abroad. They need to be empowered to create function specific subordinate departments within their ambit eg. a Marketing Department, an After Sales Service Department, an R&D Wing, etc. so that specific needs of the users can be addressed.

After the first two to three years, these Ordnance PSUs should be given financial autonomy to fund Start Ups, to undertake Mergers & Acquisitions as well as to purchase Intellectual Property Rights. This would also entail full financial powers for any business expenses for brand and image building through Corporate Social Responsibility/ Marketing/Publicity. These powers must be in line with that which are being exercised by other Govt of India PSUs.

These companies can also move into allied areas such as the manufacture of equipment to meet the requirements of the Internal Security establishments. This will lead to greater diversification of their products and, if steered properly, can even help them capture a significant slice of this market.

With this announcement by the Govt, the Ordnance Factories are about to witness a transformational change, a change that they have not seen in their 246 year old history. However what remains to be seen is how these Ordnance PSUs will emerge as financially independent units. Initially, it is felt that after monetising their resources, the Ordnance PSUs would be able to compete with industry albeit with the 15% pricing advantage clause. Subsequently, they would have to stand on their own feet. To succeed they will need to focus upon manufacturing and quality control (QC). Manufacturing has to evolve to Industry 4.0 standards and AI based QC systems must be adopted. Memoranda of Understanding (MoU) with top academic institutions for restructuring, reformation and R&D would need to be entered into.

Apart from producing war fighting materiel for the Indian Armed Forces, these Ordnance PSUs should be able to utilise their excess capacities for exports to friendly foreign countries. This transformation will provide them greater flexibility in acquisitions through their overseas assets abroad by forming strategic alliances with Indian and foreign partners.

The issues that the Indian Armed Forces, especially the Indian Army had with the OFB hitherto were primarily, exorbitant pricing, time overruns, failure to meet agreed upon targets and quality especially with respect to ammunition. The Ordnance PSUs cannot afford to carry on in this tardy manner. They need to understand that the interests of the user ie the Indian Armed Forces is paramount and that all else is secondary. The MoD must ensure that during the change over process, production and delivery schedules should not be compromised in any manner whatsoever.

The setting up of these new Ordnance Defence PSUs will make defence production an industry by itself attracting the best talent, funding and the ability to sustain itself without government funding and interventions.

The paper is the author’s individual scholastic articulation. The author certifies that the article is original in content, unpublished and it has not been submitted for publication/web upload elsewhere and that the facts and figures quoted are duly referenced, as needed and are believed to be correct.

Disclaimer: Views expressed are of the author and do not necessarily reflect the views of STRIVE.