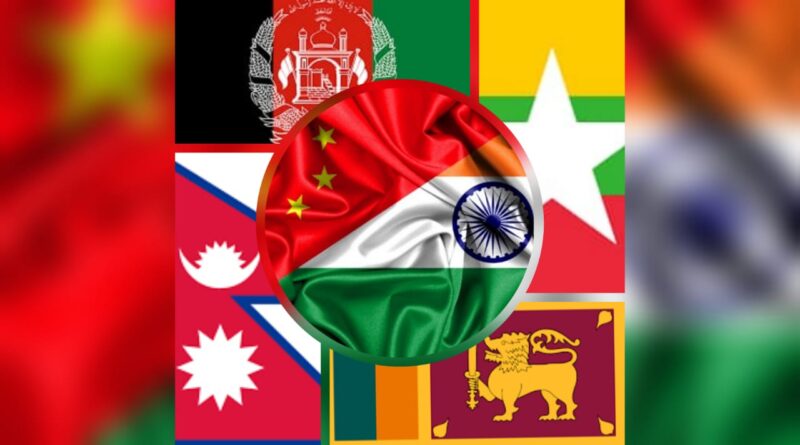 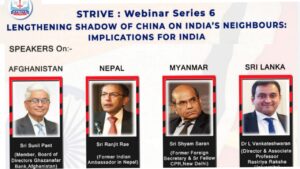 On 23 Jun 2021, a webinar was held under the aegis of STRIVE in collaboration with the SVIF on the above topic. For focused discussion four countries, namely; Afghanistan, Nepal, Myanmar and Sri Lanka were identified. Four subject experts who very graciously agreed to share their perspective were; Sri Sunil Pant, member Board of Directors of the Ghazanfar Bank Afghanistan on Afghanistan; Sri Ranjit Rae, a former Career Diplomat, who has been India’s Ambassador to Nepal and a keen Nepal watcher on Nepal; Sri Shyam Saran, former Foreign Secretary and a former Ambassador to Myanmar on Myanmar and finally Dr L. Venkateswaran, Director and Associate Professor,  International Affairs and Security Studies Programme, at the School of Foreign Affairs, Languages and Political Economy at RRU on Sri Lanka.

Salient Points of Talks of Speakers 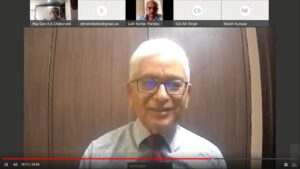 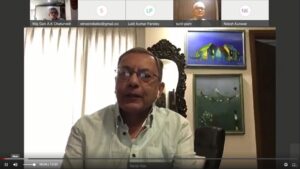 Although China making incremental inroads into the body politic of Nepal, however, fact remains that nobody can replace India in Nepal. 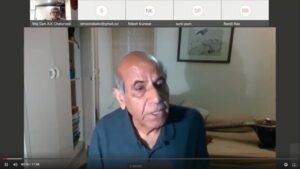 salient points of his talk are as follows:-

Dr L.Venkateswaran-   it needs to be noted that the objective of the policy of China is not only to contain India in these countries but to increase its reach by engaging with them. Following points from his address are relevant:- 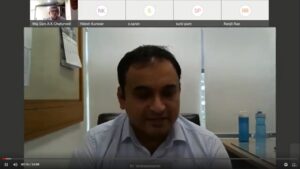 Use of civilian ports during war time by warships may amount to that country being at war with the country against whom the Country whose warships use the port. In recent time China had docked its sub marines at civil port of Colombo. What should this action be construed ? Mr Shyam Saran clarified that it was the financial muscle of China which forced Sri Lanka to accept Chinese assertion- India needs to take due cognizance of such an action and find ways and means to tackle this situation by using diplomacy and other measures as appropriate.

In the Taliban there are different voices like Mulla Yakub who heads Quetta Shura is the ideological head, Sirajuddin Haqqani leads the faction which is pro Pakistani and Mullah Baradar does a tight rope walk and is amenable to talk to the Afghan govt. In view of this situation how will the situation pan outpost US and Allied Forces withdrawal- Situation remains fluid, however once in power, whatever be the combination of the power structure, it is unlikely that Pakistan will have their way with the Afghan govt.

A&N Islands are very important to India’s strategic security. However, with China sitting firmly in Kyaukpyu and in Hambantota, A&N Islands have become vulnerable. Considering the vast asymmetry between Indian and Chinese and maritime assets, what are the options for India- Investing in Naval assets and further strengthening the A&N Command is the way ahead. Also further strengthening the QUAD will be the way ahead.

Aggressive involvement of China in Nepal with a govt in Kathmandu which is not very friendly to India, is a matter of concern and that may create security concerns in area stretching opposite Bihar, Uttar Pradesh up to Siliguri Corridor. What are Indian options- It is true. Infact Nepal has already made a road parallel to Lipulekh road. India has to be prepared to deal with a hostile Nepal abetted by China. India has to come out with a more innovative approach with a combination of strengthened defence preparation with diplomacy.

Lengthening Shadow of China on India’s Neighbours: Implications for India –  On Afghanistan by-

Mr Sunil Pant is a Kabul-based Afghanistan watcher who is presently a member of the Board of Directors of the Ghazanafar Bank, Afghanistan. (Video – 25.25 Min)

Lengthening Shadow of China on India’s Neighbours: Implications for India –  On Nepal by-

Sri Ranjit Rae: a career diplomate who had been the Indian Ambassador to Nepal. Presently a keen Nepal watcher and an eminent voice on India’s foreign relations. (video 13.23 Min)

Lengthening Shadow of China on India’s Neighbours: Implications for India –  On Myanmar  by-

Lengthening Shadow of China on India’s Neighbours: Implications for India –  On Sri Lanka by-

The speaker on the Subjects is Dr Lokanathan Venkateshwaran. He is Director and Associate Professor, International Relations and Security Studies Programme at School of Foreign Affairs, Language and Political Economy, Rashtriya Raksha University, Gandhi Nagar. He also has been a former Assistant Director of the National Security Council Secretariat. (Video 24.09 Min)