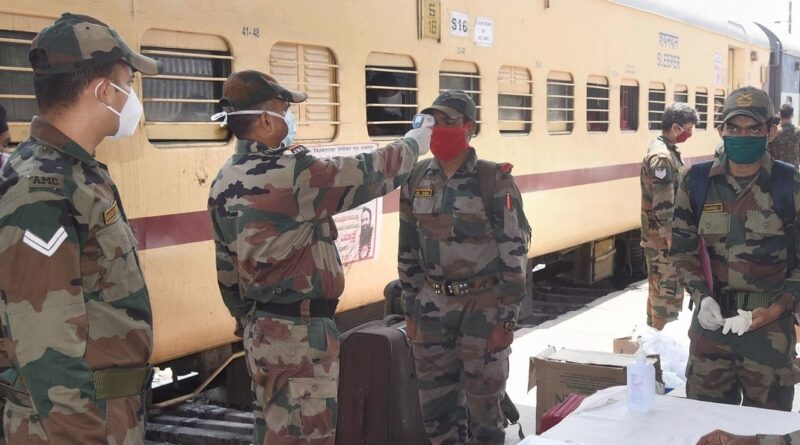 Covid Comes in The Way

The Union Budget has unfortunately fallen much short of expectations of the Armed Forces Capital needs. This will adversely impact the defence procurement of big ticket critical equipment. In fact, it has been a big miss as far as defence is concerned with the Finance Minister not even finding it important enough to mention about the Defence sector in her speech. Out of the total budget outlay of Rs. 34.83 lakh crore, Defence has been allocated Rs. 4.78 lakh crore a marginal increase from Rs. 4.71 lakh crore in 2020 – 21. The Capital Outlay is 1.35 crore a miniscule increase from Rs. 1.3451 lakh Crore at RE stage of 2020 – 21. If we add the inflation to this figure the allocation will be less than FY 20 – 21 in real terms. Although, we must also recognise that the BE stage allocation for 2020 – 21 was Rs. 1.13 lakh crore. Therefore, if we were to compare the allocation from BE figures than the increase is infact highest in the decade (19%). However, the situation will become challenging when we factor in the planned fiscal deficit of 6.8% which is big. However, one can take solace from the fact that despite the huge fiscal deficit due to COVID affected economy Finance Minister was constraint and has done her best. But will that help National Military Security? This should be a major concern for India.

Threat to National Security of India is real and serious. Economic growth which is the bedrock of wellbeing and prosperity of the country is a must. For this, a balanced growth in all sectors of the economy is not only desirable but a must. For this, investments must flow uninterrupted into productive sectors. However, all this can only happen if our external and internal security is peaceful and stable. To ensure peace and stability defence is the ultimate guarantor. Although, the defence budget since 2011 has grown at 9% annually but in real terms after taking into account the average rate of inflation, it is marginal. In terms of percentage of GDP, it has fluctuated between 1.5 to 2.5% of the GDP.The capital outlay has impinged even more adversely on the defence preparedness and capability development of the Armed Forces. Capital expenditure as a percentage of the defence budget has steadily fallen. From a high of 36% in 2013-14 it came down to 25% in 2018 – 19.Despite India being at No 3 spot globally with only USA and China ahead of it in defence spending, the gap is huge with China. Chinese expenditure was four times that of India our primary adversary. All this is likely to convey an impression of weakness to our primary adversary China in the face of recent happenings in Ladakh. It is definitely an undesirable situation from strategic communication perspective.

What Needs to be Done?

What needs to be done on priority is introducing long term planning based on non-lapsable funding of capital projects. Where possible, without compromising the security, the option of leasing big ticket defence equipment needs to be explored for example transport aircrafts and vessels meant for logistic functions to save cost of procuring such equipment.Critical equipment needs to be procured on priority. MoD must galvanize the ecosystem for materialization of production and procurement of 114 Medium Multi Role Combat Aircraft (MMRCA), 83 LCA Mk 1A announced recently by the RM and fast tracking the development of LCA Mk 2A. Towards this end successful completion of the Wind tunnel test is an encouraging sign.Likewise, the commissioning of the second aircraft carrier and the SSBNs must be a top priority along with the Mine Countermeasure Vessels and Naval Helicopters.For the Army Fighting Infantry Combat Vehicle (FICV), Tactical Communication System and Battlefield Management System (BMS) are some of the large schemes that need to be progressed through the Make route. Similarly, procurement of State of the Art Small Arms and Projects such as the establishment of “AK 103” manufacturing unit in the UP Defence Industrial Corridor need early fructification.

Finally, to generate more funding, Indian Armed Forces will have to depend on mini budgets during 2021-22 to extract more money from the Rs. 44,000 crore earmarked as reserve under the Department of Economic Affairs on the pattern of FY 20-21. It is hoped in the end defence gets what it deserves.