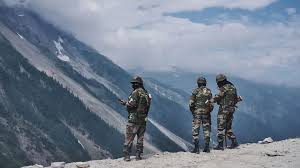 The buzz word, since General Bipin Rawat became the CDS, has been the raising of theatre commands. His initial comments indicated that this would be his priority. Views for and against the concept have dominated writings by national security analysts. There are views that India needs theatre commands and counter views that India as an entity must be considered as one theatre. In addition, is the view that theatre commands are essential for expeditionary forces and India is not a nation which covets territory beyond its shores. Every leak from the Department of Military Affairs (DMA), headed by the CDS, on the number of theatre commands, its role and possible organization, invites a variety of views across all spectrums.

While inputs indicate that the Maritime Theatre Command and the Air Defence Command are currently under final stages of discussion, there have not been many inputs on land-based theatre commands. It is visualized that studies and discussions on the same are currently ongoing. Further, there are unconfirmed reports that there could possibly be two land-based theatre commands, one handling Pakistan and the other, China.

There is no doubt that creation of theatre commands must be well thought out decisions, war gammed, trial-tested and critically assessed. As many analysts have stated there is limited scope for error. The benefit of service chiefs and the CDS being equal in rank and stature, with the CDS being the first amongst equals, provides the right platform for such discussions. Every proposal, prior to being pushed forward to the government, must be cleared with unanimous approval of the Chief’s of Staff Committee (COSC). Dissent by any one service chief can lead to a reanalysis.

The Andaman and Nicobar Command (ANC) was the first tri-service command whose organization structure and assets involved elements from the three services. However, protection of turfs led to the three services only providing barest minimum resources to the command and also restricting their employability by the theatre commander. The army provided two battalions, in an amphibious role, while the air force placed limited assets under the ANC. Similarly, the naval assets made available were equally limited with major resources remaining under the western and eastern naval fleets. Since the command operated in an environment of peace, and functioned under the COSC, these issues were never discussed, and anomalies never rectified.

The experience of functioning of the ANC would have provided valuable lessons on the ability of officers from one service being able to coordinate planning and operations involving other services. However, none of this has been documented. This reality was expressed by the CDS when he stated in an interview to India Today, in end Dec 2020, that due to lack of joint training there is a limited understanding on the capabilities and employability of different services.

He added, ‘In the one year as CDS, I have imbibed a lot about the navy and the air force through regular briefings from them. But if this starts happening at the lower level, at the corps level, the leadership that will emerge will certainly be better aware (on joint manship).’ In addition, he stated, ‘Communication systems, and large part of our training are now being streamlined. Gradually, we are moving to joint training, not only at the officer level but the level of men (soldiers).’ This should have been incorporated much earlier.

Another opportunity for joint operational and logistics planning has been provided by the Chinese ingression in Ladakh. This must be exploited. To counter the Chinese, the army and the air force have deployed substantial assets in the sector. In addition, the army is converting a strike corps into a mountain role and air force fighters, likely to be employed in the region, are based in the plains. The navy has also deployed limited air resources in the sector to support gathering of intelligence and surveillance as also the MARCOS for special force operations. The spread of forces is immense, so is the need for their coordination in training, operations and logistics.

The Northern Command HQs should be allocated these forces under its command, rather than them remaining under respective service HQs, as is the current norm. Currently, air force assets operate under AOC J and K, who functions under the Western Air Command, though being a part of the Northern Command for coordination, while army assets are under Northern Command. The Northern Command HQs should form the test bed for all aspects of joint planning and operations. Its staff should be restructured and comprise of representatives from all services. The intention being to enable the staff to plan and integrate other services into joint operation and logistics plan. Service HQs could oversee the organization and process adopted.

With the situation in Ladakh having come to a stalemate and talks unlikely to pave the way for a solution, it is time to plan ahead. The summer strategies are now being evaluated. This should be done under a restructured Northern Command as a test bed.

The experience gained through this restructuring would be invaluable when structures and responsibilities within theatre commands are considered. The lessons gained could also be employed to reorient training syllabus in joint training institutes. However, for this to happen, service HQs should be willing to let go of resources under their command to the Northern Command. The command for this period should function under the COSC, rather than army HQs.