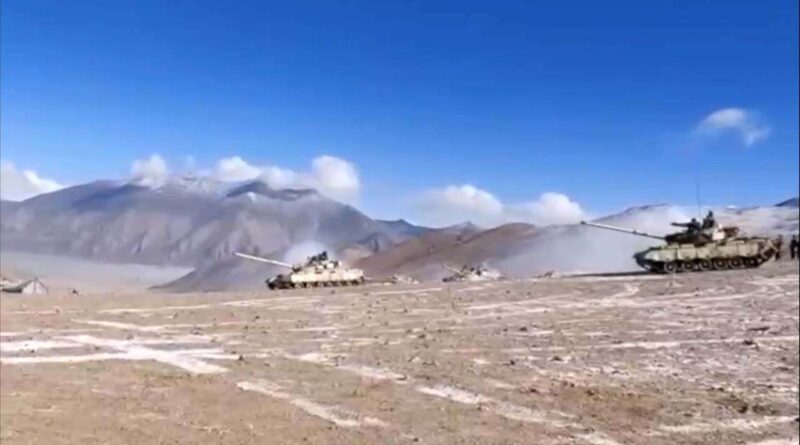 Global Times has reported that “The Chinese and Indian border troops on the southern and northern shores of Pangong Lake began disengagement as planned on Wednesday according to the consensus reached during the ninth round of military commander-level talks, citing their Defense Ministry.” While no formal confirmation has been received from MoD, Government of India, the news if correct will prove mutually beneficial for the two countries. Given the current economic and security challenges facing the country posed due to the ongoing pandemic which still persists with new strains of the virus surfacing periodically and the volatile geo-political regional and global situation, India needs time to get its economy back on track and assess the shape of strategic alignments that are likely to take place in the world. Impact of change of Presidency in the US, emerging power equation in the Islamic world with three major power centres represented by Turkey, Saudi Arabia and Iran trying to assert themselves for leadership and the EU’s stand still uncertain due to BREXIT and divergence of views with the US over trade relations with China demand a studied approach by India globally especially as it is also a temporary  member of the UNSC .

India also needs to carefully watch the turn of events in its neighbourhood with Myanmar under turmoil due to military coup, Sri Lanka cancelling the contract to develop its East Colombo Port Terminal, Afghanistan in a state of uncertainty and a highly volatile internal situation in Nepal. In summary, the decision which was reported by many news agencies to disengage from the current friction points in Ladakh presumably agreed upon during the 9th round of the China-India Corps Commander Level meeting held on the Chinese side of the Moldo-Chushul border meeting point on January 24 will provide the country  the much needed strategic space and focus on well being of the country.

Chinese side agreeing to the unconditional disengagement may be attributed to the steadfast and unblinking approach of the Indian Armed Forces, valour and grit of the Indian troops on the ground, impact of the rigours of weather and terrain under which the troops of the two sides were operating and the whole hearted support by government of India in providing the necessary wherewithals for our troops to operate in such difficult conditions. Also it goes without saying that the Chinese troops were not accustomed to either operating in such conditions for sustained periods or have seen active combat unlike the Indian troops who have an experience of over five decades of constantly operating under such terrain and weather conditions in warlike situations. Further, in order to support the military effort the government reacted swiftly in providing the necessary funding when faced with the situation in Ladakh. It granted emergency powers to the Armed Forces wherein the Indian Armed Forces could procure any weapon system below 500 crores. PM Modi also removed the cap on expenditure on defence following the Ladakh crisis. The 20-21 budget had earmarked Rs. 1.13 lakh crore for defence but due to removal of the cap, the likely expenditure for the current year is likely to be Rs. 1.34 lakh crores. While the prompt action by the Government of India is highly commendable the important lesson for the future is that we should constantly improve our military capability to avoid a knee jerk episodic defence budget allocation. For this the Long Term Perspective Plans of the Defence Forces must be adequately supported. The recommendation to resort to non-lapsable funding of defence capital expenditure must be implemented from the current year itself. We must remain cognizant of the fact that a robust hard power capability is the guarantor for peace and stability which in turn is a mandatory condition for economic development of the country.

While the thaw in the bilateral security situation is a welcome development being mutually beneficial to both countries, it should not lull us into complacency. Our intelligence mechanism and Armed Forces must remain geared for any adverse development and keep plans ready to prevent China from surprising us be it occupation of any strategic feature along our Northern broders extending from Ladakh to Arunachal Pradesh or a repeat of a Galwan like situation proactively.