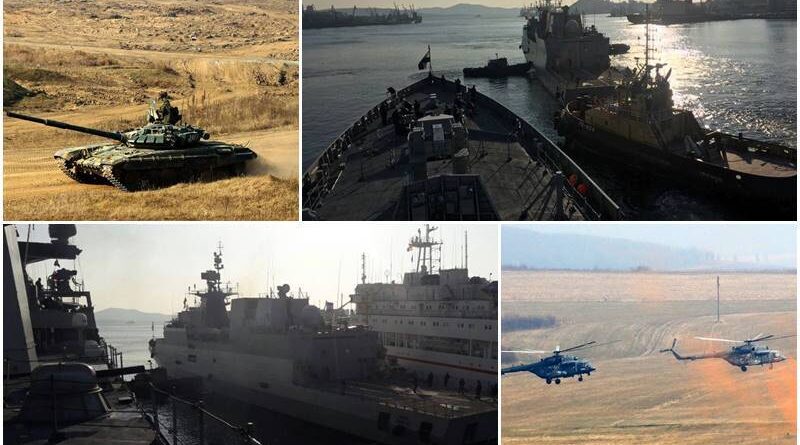 On the night of 27/28 January 2021, three more Rafale fighters joined the Indian Rafale squadron taking the total to 11 aircrafts, a total of 36 aircrafts(ac) have been contracted by India in a government to government deal. Contracting of 83 Tejas acs, demonstration of the will to go in for armed drones in a bigway, successful landing and take of LCA Tejas Navy, test firing of Akash – New Generation Air Defence missile designed to intercept high speed aerial threats  with a very small ground footprint and completion of wind tunnel test of LCA Tejas Mk 2 are very encouraging development in military capability development.  Future wars are going to be won by sides that can wage successful effect based operations with lean and mean ground forces ready to exploit the favourable situation created by aerial manned or unmanned firepower using high precision and lethal technologies. Concept of support and supported arms will continue to get defused. In such a battlefield milieu China enjoys a significant military edge over India. India therefore needs to explore all options to ensure security against external military threats. Defence diplomacy is an important soft power component of Comprehensive National Power. (CNP) and Joint bilateral and multilateral military exercises are an effective instrument of defence diplomacy. Defence diplomacy in turn helps in building strategic partnerships and contributes in furtherance of our national interests. The US and China practice military diplomacy in a bigway. A chinese scholar has defined China’s military diplomacy as “the pursuit of foreign policy objectives under the guidance of China’s national grand strategy through the peaceful employment of military resources and capabilities to maintain national interests (both domestically and overseas), security, and development.” India too has embarked upon in recent times on this path and  has intensified its effort in conducting bilateral and multilateral military exercises. Bilateral and multilateral exercises are an important tool of defence diplomacy. As part of this strategy India recently conducted two major exercises whose details and impact are discussed below.

Indian Airforce and French Air Space and Force recently conducted a five day bilateral exercise Desert Knight-21 from Jan 20th to Jan 25th, 2021 . As per MoD reports, for the first time Rafale aircrafts from both sides participated in the exercise. The Indian participation comprised Sukhoi – 30, Rafales, Mirage 200, AAR (Air to Air Refuler) AWACS, AEW&C. Similarly, Rafale, Airbus A-330 Multi-Role Tanker Transport (MRTT), A-400M Tactical Transport aircraft and approximately 175 personnel participated from France. This was the seventh joint exercise between the two countries. India and France also conduct hop  exercises in which if India or France are moving to a third country for a joint exercise, a short joint exercise is conducted if the other country falls enroute. For example in 2018, while going to Australia for a joint exercise Pitchblack, France conducted a joint exercise with India. The exercise provided an opportunity for the two sides to learn from each other’s best practices besides improving interoperability. Interoperability is an essential component in a multinational task force operations either as part of UN or regional grouping. Malabar Exercise Earlier in November – December 2020, The Navies of the US, Japan, Japan, India and Australia took part in the 24th edition of the Exercise Malabar. The first edition started as a bilateral exercise in 1992 between India and the US. Australian Navy took part in Exercise for the first time.The exercise was conducted in two phases. Phase-I of the 24th edition of Malabar was held from November 3 to 6 off the Visakhapatnam coast in the Bay of Bengal and Phase-II was held from November 17 to 20 in the northern Arabian Sea. The exercise was led by dual carrier operations by USS Nimitz and INS Vikramaditya. Besides surface vessels and submarines the event also included firing and Air Defence exercises with Mig-29K and F/A 18 and E2C Hawkeye aircraft. The consistency and regularity with which this exercise has been conducted since 1992, has the potential to emerge as the backbone of the military component of QUAD or QUAD plus plus with the UK and France joining in as and when that happens. The Malabar Exercises in conjunction with the US operations to ensure Freedom of the Seas by regularly deploying a carrier group in the South China Sea would ensure the security in the Indo-Pacific and IOR but also commitment of the participating countries to support a free, open, inclusive Indo-Pacific as well as a rules-based international order. For example, the USPACOM deployed Theodore Roosevelt Carrier Strike Group (TRCSG) in the South China Sea on January 23 to conduct routine operations.The US operation aims to ensure freedom of the seas, build partnerships that foster maritime security, and conduct a wide range of operations. Combined impact of Malabar and USPACOM operations will also help India manage its security threats slightly better.

While it is understood that merely conducting joint exercises does not assure deterrence against our adversaries but it is an important component of military diplomacy in furtherance of our CNP. Also such exercises are seen as assurance that critical supply of spares and accessories will be guaranteed during a possible conflict. Further it ensures a positive attitude in international forums in favour of India such as the UNSC. Moreover, with shifts in the security concern for most of the major powers such as the US, UK, EU, Japan and Australia in Indo-Pacific, militarisation of a QUAD like grouping appears a distinct possibility and India must not shy away from joining such an alignment. It is high time we realise that like Pakistan, China is an arch rival of India. Henceforth we need to deal with China as a rival. Recently the Indian External Affairs Minister minced no words when he said, “Ladakh incident profoundly disturbed India – China relations.” He has gone on to state that instead of mitigating matters China has acted to the contrary by amassing troops along our borders contrary to existing agreements  and refused to disengage from their current positions despite nine rounds of border talks. In such a security scenario expecting a reconciliatory behaviour from China is naive and wishful thinking.

One on one India is the weaker power in comparison to China. Further, China – Pak collusivity is a reality which demands that India explore partners and if need be part of an alliance of like minded democratic countries with common interests in the region. Despite the will power, physical and mental robustness of our troops, experience of having operated in super high altitude terrain and recent measures to build our military capability, it still needs the backing and support of major military powers. India has till now conducted bilateral exercises with eight countries including China. It conducts / participates in five multilateral exercises of which Malabar (4 countries), RIMPAC (26 countries) and Milan (30 countries) exercises are yearly / biennial events. Such  activities are ideal tools of defence diplomacy and strategic communication to further our national security interests and provide the necessary backing for India to adopt a more firm approach while dealing with our adversaries.