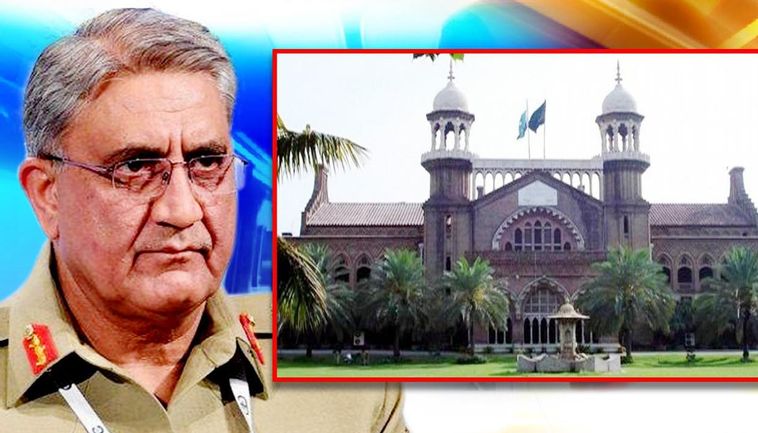 Pakistan army’s insatiable hunger for land is no secret. Au contraire,it’s so pronounced that it even found prominence during the 2007 lawyers’ protest against Gen Pervez Musharraf’s decision to remove Chief Justice Iftikhar Muhammad Chaudhry, when protesters carried banners proclaiming ‘Ae watankesajeeleGenrailo; saarayruqbeytumhareliyehain’ [O’ handsome Generals of the country, all plots of land are just for you].”Nine years later, in an article titled article ‘Lust for Land’ [published in ‘Dawn’, on 27 August 2016], former civil servant and respected freelance Pakistani columnist Irfan Husain lamented how“The military has long been expanding its footprint across Pakistan’s cities through its multiplying defence societies.”

There’s nothing wrong in armed forces creating‘defence housing societies’ [DHA] forwelfare of its rank and file. However, Husain’s damning revelationthat“Land is acquired [by DHAs] at nominal rates from provincial governments, and developed with money taken as advance payments for residential and commercial plots from officers,”is disquieting. However, even more disparaging ishis assertion that “Allotment letters are then sold to civilians at several multiples of the price they paid,”as it’s undoubtedly a brazen misuse of privilege by Pakistan army. The fact that army’s media wing Inter Services Public Relations [ISPR] didn’t rebut these pejorative accusations proves that Husain obviously knew his beans!

In another comprehensive news-report [‘Qayyumabad’s long battle against DHA,’ published in ‘Dawn’ on 22 August 2016], Fahim Zaman and Naziha Syed Ali have revealed that “Through the years, the residents of Qayyumabad have consistently maintained that DHA has unlawfully grabbed 53.22 acres that are part of their locality, including 30.32 acres earmarked as amenity areas to serve their needs. However, their negligible political and financial clout puts them at a huge disadvantage in trying to establish their claim.” The authors have rightly pointed out that locals “are, after all, up against DHA, the country’s most powerful land authority that provides real estate windfalls to the men in uniform while catering to the residential and commercial aspirations of the super-rich.”

In her well researched book ‘Military Inc: Inside Pakistan’s Military Economy’, leading defence analyst Ms Ayesha Siddiqaalso providesan insight into Rawalpindi’s humungous greed for land. She revealsthat Pakistan army possesses 12 percent of the country’s land, out of which two-thirds is owned by senior military officers. So, while there was a furore when news of outgoing Pakistan army chief Gen Raheel Sharif being gifted 90 acres of land leaked out, yet this long continuing illegal practice wasn’t rescinded- a clear proof that in Pakistan, the armed forces are law unto themselves!

Two years later, in another scathing attack on Pakistan army’s monstrousgreed for land,Supreme Court Judge Justice Gulzar Ahmed observed that “DHA of Karachi have encroached so far into the sea. If they had their way, they would build a city on the sea. The owners of DHA [Pakistan army] would encroach on the entire sea all the way to America and then plant their flags there. The owners of DHA are wondering how they can make inroads into India!” The very next year, Chief Justice Athar Minallahof Islamabad High Court ordered sealing of Rawal Lake Club, which had been illegally constructed by Pakistan Navy without prior clearance from Pakistan Environment Protection Agencyor approval from Capital Defence Authority.

Just three months thereafter, Supreme Court Judge Justice Qazi Faez Isa observed that “The laws governing civil and armed forces personnel do not entitle them to receive residential plots, commercial plots or agricultural land. If lands are given to only one category like the members of the armed forces and the civilians in the service of Pakistan are disregarded, it constitutes discrimination and offends the fundamental right of equality.”He also lamented that “Nevertheless, senior members of the armed forces get plots and agricultural lands and continue to be given additional plots and agricultural lands as they rise up the ranks.” This observationexposes the deep rot that exists within Pakistan’s armed forces.

However, despite public criticism and repeated admonitions by courts, Rawalpindi remains unfazed and just the other day, it was once again in the news for being involved in yet another land-grab incident. While hearing this case filed in Lahore High Court [LHC],Chief Justice Mohammad Qasim Khanwent on record to say that “The Army seems to have become the biggest land grabber in the country” and in a clear reference to its cavalier attitude, said that “The uniform of the Army is for service and not to rule as a king.” Justice Khan has good reasons for being perturbed- because besides being accused of grabbing land belonging to civilians, DHA hasn’t even spared land owned by LHC!

Despite having failed to annex Kashmir twice [in 1947 and 1965] as well as losing the country’s Eastern wing in 1971, the armed forces of Pakistan have been enjoying a host of princely perks and privileges by projecting themselvesas the country’s sole defenders and the only genuine patriots. However, with passage of time this emotional ruse has lost its appeal and people of Pakistan are rightly questioning [and even resenting] the extra-constitutional powers, perks and privileges being enjoyed by the armed forces.

For the sake of Pakistan army’s image, Gen Qamar Javed Bajwa needs to come out clean on the court’s observation about army being the “biggest land-grabber” in Pakistan!

Tailpiece: The recently passed Criminal Law [Amendment] Bill 2020 that proscribes ridiculing, bringing into disrepute or defamingPakistan’s armed forces or its membersmay muzzle public dissent. However, despite orchestrating dismissal of an upright judge like Justice Shaukat Aziz Siddiqui [who exposed how Pakistan army’s spy agency ISI manipulates judicial proceedings to get favourable decisions] Rawalpindi has failed to intimidate the judiciary, as Justices Isa and Khan have proved. Consequently, despite having a “selected” Prime Minister at his beck and call plus a three-year service extension, it’ll be difficult for Gen Bajwa “to rule as a king”!

One thought on “The ‘Biggest Land Grabber’ of Pakistan, by Col Nilesh Kunwar (Retd)”