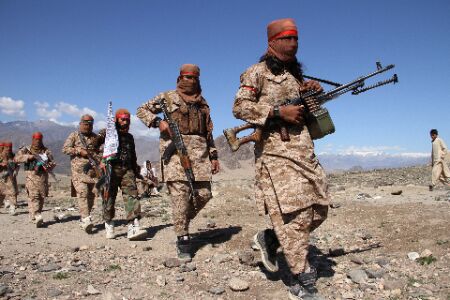 Though Pakistan has historically strived for a Taliban-dominant regime in Afghanistan, absolute power to the terror group will be contrary to its interests

In Pakistan, lines between the religio-politico-militaristic realms are dangerously blurred. In 1974, Zulfiqar Ali Bhutto tasked a Dehradun schooled (Royal Indian Military College) Pashtun officer, Major General Naseerullah Babar, to conduct an uprising against the Royalist Afghan government of Sardar Mohammed Daoud Khan – it was the first time the Pakistanis had intervened militarily and surreptitiously into Afghanistan. Amongst the warlords that General Babar had engaged included Gulbuddin Hekmatyar (‘Butcher of Kabul’ and the progenitor of the Taliban) and the Tajik warlord, Ahmed Shah Massoud.

Ironically, General Babar’s meteoric rise and a seamless shift from the ‘Olive Green’ to the ‘shalwar-kameez’ of politics was temporarily cut short by yet another Pakistani officer, General Zia-ul-Haq, whose rabid ambition to usurp power and meddle in Afghanistan was unmatched, albeit, with additional support from the US-CIA. The post-Zia years saw the return of the Benazir Bhutto government, and amongst the people that she chose was her father’s loyalist, General Babar – this time, as the powerful Federal Minister of Interior (Indian equivalent of ‘Home Minister’). In his second political coming, General Babar earned the sobriquet as the ‘Father of the Taliban’ for his covert and invaluable support to the ragtag brigands.

Around the same time, another pushy and shadowy Pakistani officer and the Chief of Army, General Mirza Aslam Beg (amongst the prime suspects in the General Zia’s controversial air crash), coined the doctrine of ‘Strategic Depth’ in Afghanistan. Importantly, its objective was not expansionism from a cartographical sense (Afghanistan as the ‘graveyard of invaders’, is well-understood in Pakistan), but to ensure ‘peaceful, friendly and stable’ Afghanistan — effectively implying, the virtual control of the Afghan narrative and the beholden status to Pakistan. Like any unhinged Pakistani officer, General Mirza, pandered recklessly to the religious conservatives. Even though General Mirza’s successors were professional and upright officers, the seeds of ‘Strategic Depth’ were too politically tempting to renege. Pakistan’s geopolitical hunger saw its trained-funded-guided Taliban storm Kabul on September 27, 1996, to establish the Islamist Emirate of Afghanistan.

Through the testy tenure of the Taliban (1996-2001), forewarning by then US Defence Secretary, Robert Gates, of Pakistani ISI treating Taliban as a ‘strategic hedge’ were ignored. But the Pakistani support for the Taliban fell deliberately short of ensuring a truly Talibanised Afghanistan and instead sought a dependent/vassal status for the Taliban. Duplicitously, the Pakistanis feigned selective support to the US in its ‘war on terror’, to not forego the US ‘aid’ and leverage. The high-stakes and manipulatively double-game of the Pakistanis was understood in Washington DC, but due to unavoidable circumstances, geography and commitments, the Pakistanis were always on the table, when it came to Afghanistan.

Taliban are a heterogeneous entity with explosive faultlines within, held together by their medieval and totalitarian outlook that has enough ‘bind’ when in opposition — but when entrusted with power, the collectiveness of Taliban is grossly suspected. Pakistan supports only specific elements within the Taliban and often plays one against the other. Looming nationalistic undercurrents of Pashtunistan which subliminally resonates on both sides of the Durand Lines that divides Pashtun families and clans, is vulnerable to eruption, should the current fixation with ‘foreigners’ (read, US/NATO troops) subside.

Only a ‘dominant’ position for the Taliban (like earlier, when it controlled 80 per cent land, and was fighting for the rest, unsuccessfully) is preferable to Pakistani interests, as opposed to the complete control of Afghanistan, by the Taliban — as then the distraction, reliance and ‘sustenance lifeline’ afforded by Pakistan/ISI for the Taliban to continue waging its internal wars, may not be required anymore! Pakistan hosts the lawless Pashtun swathes along the Af-Pak border, with over three million restive Afghan refugees on its soil. With no internal strife, the Taliban could train their focus on their Pashtun brethren and their perceived woes in Pakistan.

Despite the initial and simplistic euphoria surrounding the US troops pullout among the Pakistanis with the fructification of its ‘Deep State’ aspirations, the experience and the evolving realities point to an equally worrisome and deleterious picture for Pakistan. The Talibanis do not take too kindly to external interferences, especially when not required, and certainly not from the state of Pakistan which evokes complex historical memories. In its natural raw form, the moorings of the Taliban are unaligned to the relatively moderate preferences of the Pakistani Military which only uses religion tactically to galvanise emotions and distract. The Frankensteinian fear of pandering to extremist ideologues was brought home in the horrific Peshawar Army School attack that resulted in 156 deaths, mostly children of Pakistani Army personnel. Even earlier, multiple failed assassination attempts on previous President Pervez Musharraf (who had once called the Taliban a ‘strategic asset’), had pointed to the mutative nature of Islamist terror groups, who are known by the collective denomination of Taliban. Former Pakistani Army Chief Raheel Sharif had launched Operation Zarb-e-Azb against many insurgent groups and conceptualized the more holistic National Action Plan. His successor, General Parvez Kayani, too kept up the tempo in the Af-Pak region, but murmurs of ‘selectivity’, ‘double-dealing’ and ‘sympathetic elements within the Pakistani ‘establishment’, persisted. General Kayani had gone to the extent of calling out the boomeranged threat by admitting, “We as a nation must stand united against this threat”, but to little impact as Pakistan persisted with its Afghan meddling in the patented Pakistani manner, where the left hand does not know about what the right hand is up to! Clearly, Pakistan continues playing with fire.

The first port of societal destabilisation in a second Taliban regime in Afghanistan will be Pakistan, undoubtedly. Just recently the Pakistanis got a taste of pandering to the homegrown extremist sentiment with the embarrassing capitulation towards Tehreek-e-Labbaik Pakistan (TLP). Now, if the TLP which cannot even remotely be compared to the Taliban in terms of sheer firepower or ferocity could bring Islamabad to its knees, then having Afghanistan run by the Taliban who respect no international law or authority, will be a completely different ball game. Tellingly, even though the Pakistani Taliban and the TLP are divided on ideological lines (TLP subscribes to the Barelvi movement whereas the Pakistani Taliban is influenced by the rival Panj Peer and Deobandi schools), the unusually warm condolence message by the Pakistani Taliban following the death of the TLP leader, Khadim Hussain Rizvi, has significant ramifications and import.

Overall, on terror, the Pakistani ‘establishment’ realises that it has bitten more than it can chew and needs to do major course correction. However, vested interests, political short-termism and rudderless leadership have ensured that the Pakistanis keep walking deep into the religious minefield and with a possible Taliban-run Afghanistan, it will be the worst self-goal and not the ‘Strategic Depth’, as once envisaged. Prime Minister Imran Khan repeatedly talks about Pakistan being ‘the biggest victim of terror’ — he does so unconvincingly with the full knowledge of how it all started, though he is statistically right about the Pakistani body count owing to terror, and with the inevitable Taliban-run Afghanistan looming, the terror numbers will spiral for Pakistan, before anywhere else.

The writer is the former Lt Governor of Andaman and Nicobar Islands & Puducherry. Views expressed are personal