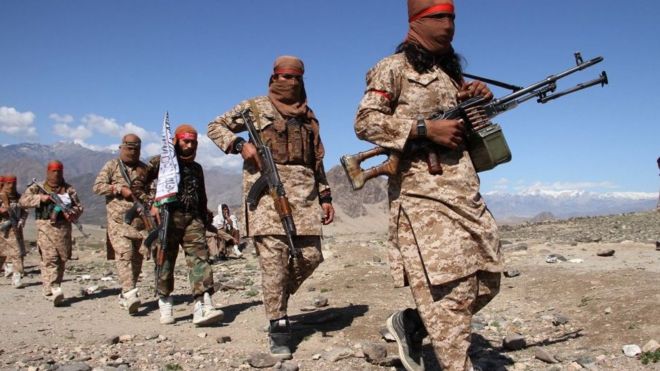 Today Pakistan faces an existential threat, caught between the deep sea and the devil with termites consuming it from within, the Pak state’s fault lines are widening. Despite all that, Pakistan continues to play an important role in regional stability.   The departure of the Americans “from Afghanistan” has created turmoil in the region. After the Taliban take over there has been a rush in the region to fill the void. There has been a talk of NATO playing a role with Turkey offering to train Afghan Special Forces and UAE and Turkey providing security and revamping the Kabul airport. The media was rife with speculations of the Chinese enticing the Taliban with economic aid, Iran and Russia contemplating recognition to the new regime, India striving to exercise its leverage on the development plank and Pakistan wishing to reactivate its “strategic depth” concept. The UN on its part sidestepped the issue by not classifying the Afghan Taliban as a terrorist organisation and of course the US, continuing to ‘blow hot and cold’ with its policy.

However as of now the wait and watch policy continues with Taliban fighting for control of Panjshir. Russia, with its experience in Chechnya is not comfortable with Taliban in its backyard (the CIS) and had responded with a military exercise with Tajikistan near the Afghan-Tajik border. Iran too is uneasy with the Sunni dominated, Taliban–ISIS–Al Qaida combine, on its borders. China and Taliban (with its ISIS ideology) will be strange bedfellows vis a vis Uyghur.

The near stalling of CPEC and the ever-increasing debt burden has put the Pak economy on a freefall mode. Should the China – Afghanistan – Iran route fructify,  the Baluch uprising will gain traction with Chinese support who would eye/prefer Baluchistan’s natural resources, if for nothing else, to recover the CPEC losses.  The non-recognition of the Durrand line by the Taliban has been made clear by asking the Pakistanis to pull down the border fencing, not to forget that Pakistan has been asked to sort out its “internal” problem with the TTP. The water disputes between Afghanistan and Pakistan continue to simmer. Taliban, the Pakistani protégée, seems to be turning against its benefactor. Who will bite whom only time will tell.

The US initially, asked Pak for a base, to oversee the so called Afghan peace process which the Pakistani government responded with an “absolutely not” due to domestic compulsions. But, to begin with, it turned a blind eye to the American use of its air space for strikes in Afghanistan and now the volte-face by hosting, by some estimates, 10,000 American troops in Islamabad and Karachi is a reflection of the changing mindset of Pakistan which always believed in running with the hare and hunting with the hound.

Does Pakistan now want to jump onto the American band wagon and acquiesce to the US call for a base? A month or so back it may have been unlikely or even sounded preposterous but very many Pakistani intellectuals want their country to become a Pakistan of the 1960s. The establishment (read the Pak Army), well may be working towards this. The ill-gotten wealth of the Generals safely invested in the West and Moeed Yusuf, their NSA reportedly having dual citizenship (Pakistani-American) will act as a catalyst.  Gains for Pakistan may well be substantial paving way for its removal from the FATF and consequent flow of aid from the West and Organisation of Islamic Countries (OIC).  This will help Pak to overcome its energy crisis and revive its economy by paying back some part of the Chinese loans and further, if emboldened by the turn of events, it may even look to renege on its contracts with China.

What then, will be the implications for India and the region at large? Strategic interests may well call for change in relationships and a change in the world order.

India – WHERE In all this is the moot point.

, an Indian Army Veterans who has served in Jammu & Kashmir, Assam, Nagaland and Manipur. He is an amateur ‘Kashmir-Watcher,’ and after retirement is pursuing his favourite hobby of reading and writing. He was the founder Secretary of  CENJOWS. (Centre for Joint warfare Studies)