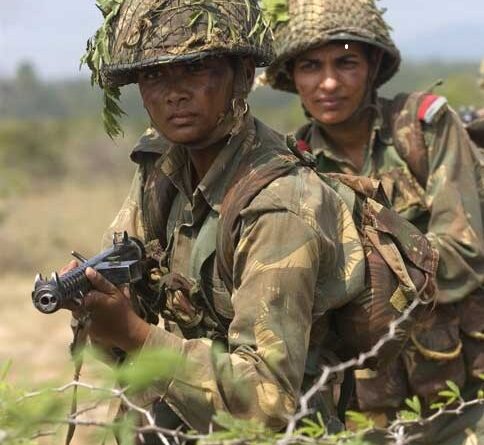 An unbiased analysis. Induct women if they meet the Qualitative Requirement (QR). Why should we deprive the nation of talent.

1.  While historically there are a number of examples where women have participated in warfare and have occasionally formed part of armies, their numbers and instances were few. The primary reason being a male dominated social fabric across the world and the protective attitude towards women,as war was and is considered a dangers activities. The male dominated society has always considered Women as the weaker gender both physically and mentally. But over eight countries in the world have women in ground combat roles(GCR).The first country to induct women in combat role was Australia.

2.  Till Dec 2019, there were approximately 3.8% women officers amounting to approximately 1500 against 40000 male officers in the Indian Army. IAF has 13% and IN 6 % women officers. There were no women in the armed forces below officer rank till Dec 2019. In January 2020 the first batch of military police women troops were inducted. A beginning has been made but many consider these steps as too little and too slow. Further it has still kept the women out of the direct GCR units such as Armoured, Infantry and Mechanised Infantry. It will be worth examining why is it so?

3.  The US only started contemplating about GCR for women in 2013. Today they do have women in Marine Corps and some infantry combat units. But such units are employed only in protective and relatively safer duties.Australia opened combat role for women in 2011. France has opened all units to women including Infantry. But women comprise only 1.7% which proves the difficulty of firstly adequate number of women volunteers and secondly their ability to meet the selection criteria. UK has also opened all roles for women but the numbers are not much to talk about.

4. We can appreciate from the above information that globally an effort has been made to include women in GCR both as officers and troops.The success rate however has been very lowas far as GCRis concerned.The strength of women soldiers in GCR varies from a maximum of 33 % in case of Israel and Eritrea to a minimum of 2 percent in case of Poland and Finland. Bulk of the countries that have women in GCR are from the West except North Korea and Eritrea. Traditionally erstwhile Soviet Union had a large number of women in GCR in first and second WWs but currently they do not have any women in GCR. India, Pakistan and China do not induct women in GCR, but they have women in supporting arms and services units as officers.

5.  We are witnessing a gentle push globally to induct women in the Armed Forces. The process some feel is being held up as military organisations of many countries have assessed that they do not bring substantial operational benefits / combat effectiveness to the table. The primary apprehensions are physiological and group cohesion in mixed units and combat effectiveness. Contrary to this perception, US army based on their Iraq and Afghanistan experience have opened all roles to women. Ash Carter former US Defence Secretary had this to say in 2015, “Women have been serving on the front-line and seen combat throughout the wars in Iraq and Afghanistan. Excluding women from units whose primary mission was engaging in direct ground combat, meant the military was cutting itself off from half the country’s talent and skills, adding “we have to take full advantage of every individual who can meet our standards.” However what we must take note off is that he went to qualify his statement sayingthat the intake standards will not be lowered. Gender equality does not imply equal numbers.

6.  Some of the challenges to women being inducted into the defence forces are firstly, physical disparities, war fighting is a physically arduous task. One has to not only stay in areas such as Siachen, Super High Altitude and remote locations in North Eastern Sectors but also when required take part in close combat including bayonet fighting without distinction between officers and soldiers. Imagine the spectacle after Galwan incident had there been women officers and soldiers in the clash. Is our nation ready to accept physical capture, maimed bodies and body bags of women soldiers?We need to give a serious thought to it. Soldiering cannot be compared to policing.It is like comparing apples and oranges. Secondly the ground experience of foreign armies have also not been very encouraging. To quote few examples, in 2018 across the entire Marine Corps there were 92 billets held by enlisted women soldiers but by 2020 only 11 were left. Even in Israel women units are deployed for perimeter security and military police tasks only. In short the jury is still out whether induction of women in combat roles is genuinely beneficial to the organisation.It should not be an initiative to do a mere lip service to appease the women empowerment lobbies in the country.Thirdly, many cite socio-cultural factors as a reason for not inducting women in combat roles. Patriarchal society, historically non-involvement of women in war fighting, perceiving women as the weaker gender are some of the common reasons. In fact societies in the past have protected women from being captured by invading armies by forcing their women to commit Jauhar(a practice in which women of kingdom burned themselves en mass in the event of a possible capture by an invading force).Fourthly naysayers express serious doubts on the public acceptability of women officers or women soldier getting captured. While Western world may still accept their women soldiers falling in the hands of enemy and seeing their body bags being brought back; is our society ready to accept such a spectacle. Many feel India may not be ready for it.Fifthly, the problem of remote location and small team operations.The working conditions in the Army especially in the remote areas where administrative and functional difficulties preclude safe and secure environment both from the prying eyes of brothers in arms;strict Armed Forces Act notwithstanding and possibility of capture by the enemy. Finally fear of sexual harassment.This is a universal problem and Armies across the world are grappling with it. Indian Armed Forces are no different, there are plenty of examples of errant behaviour against women officers by their male colleagues. One does not advocate that errant behaviour of males against their female counter parts should become a ground for not inducting women in combat role but unfortunately it does impede smooth functioning of the Armed Forces.

7.    So is there a solution to the problems in inducting women in the Armed Forces. The answer is yes and no. Yes if we are able to create conducive condition to induct women within the Army and sensitize the society towards the possible fall out of women in the GCR. An important factor that may catalyse this process is a gender sensitive military leadership. Gender sensitization in India in particular because of our patriarchic society has always been a challenge. Off late it has become slightly better due to rising standards of education, legal frameworks such as Visakha guidelines at work places and establishment of National and State Commission for Women. However, has it brought about any dramatic change in the mindset? At least not in the short term.The point being highlighted is that unless the leader in an organization drives change,it never occurs. Gender parity in the context of Indian society is still a distant dream and needs a transformational leader;who take on the role of change makers and usher in better values, morals and ethics in the organization along with the core task of operational effectiveness.The challenge lies in developing such leaders. Armed Forces have a number of training establishments that can be oriented towards this task. Women in the Defence Forces is a reality but their induction should be without compromising operational effectiveness and operational preparedness because there are no runners up in war. We only fight to win.