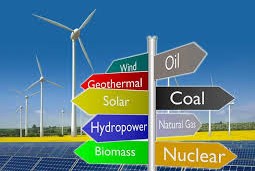 This Indian dilemma can be appreciated by the following state:-

New Initiatives of the GoI

Sustainable Alternative Towards Affordable Transportation (SATAT)- The Ministry of Petroleum and Natural Gas (MOPNG) of the GoI has been working to optimise all possible sources to augment the energy generation in India. In this connection the Ministry of Petroleum and Natural Gas has already launched an initiative, “ Sustainable Alternative Towards Affordable Transportation (SATAT)” to promote Compressed Bio-Gas (CBG) as an alternative, green transport fuel with effect from  2nd October 2018 using municipal and agricultural waste. CBG is clean and cheaper mode of fuel. It has come to light that the GoI is keen to set up 5000 CBG plants in next 5 years, and for this purpose, a production offtake guarantee is being given for such plants. There will be no restriction on the technology choice and Government is incurring Rs 75,000 Crore capital expenditure for setting up infrastructure for City Gas distribution network. Besides the potential to boost availability of more affordable transport fuels, better use of agricultural residue, cattle dung and municipal solid waste, the CBG plants will provide an additional revenue source to farmers, and 75,000 direct job opportunities and lakhs of indirect jobs. This initiative holds great promise for efficient municipal solid waste management and in tackling the problem of polluted urban air due to farm stubble-burning and carbon emissions. The use of CBG will also help bring down dependency on crude oil imports and in realising the Prime Minister’s vision of enhancing farmers’ income, rural employment and entrepreneurship.

Hydrogen as a Fuel- Yet another initiative which the MOPNG has gone for is utilisation of Hydrogen as a fuel. It was reported on 15 Apr 2021 by the Petroleum and Natural gas minister of India that India will augment its hydrogen supply chain infrastructure as it looks to accelerate plans to generate carbon-free fuel, which may have an edge over other non-fossil fuel sources.It needs to be noted That ‘Hydrogen has great potential to emerge as a future source of energy. Currently, Hydrogen comes from two sources. One is by fracking the hydrocarbon, it is known as blue hydrogen. In this, the Carbon-free hydrogen can be produced from fossils fuels, such as natural gas or coal, by splitting water into hydrogen and oxygen using a current of electricity. Hydrogen thus generated can be used as a transport fuel. The second variation is green hydrogen. Green Hydrogen is produced when the electricity is produced by renewable power, such as solar or wind, the resulting pollutant-free hydrogen is called green hydrogen. The rapidly declining cost of renewable energy is one reason for the growing interest in green hydrogen. The promising part about Hydrogen is that it would slow global warming. Hydrogen as a  fuel in India is currently in its infancy and as such its supply and distribution network is inadequate and suffers from high production costs. The bigger issue is that the necessary infrastructure required for the supply chain to remain efficient and effective is not there. One of the measures to enhance the effectiveness of the supply chain it is being planned to be integrated with SATAT.

·         Work was on pilot projects to produce blue hydrogen (from fossil fuels) and green hydrogen (from renewable sources), he said hydrogen was being blended with compressed natural gas (CNG) for use as a transportation fuel as well as an industrial input to refineries.

·         Fifty buses in Delhi are plying on CNG blended with hydrogen on a pilot basis. There are plans to scale it up in the coming months across the major cities of India.

·         In the current budget a National Hydrogen Mission  for making a road map for integrating Hydrogen in the Energy Supply System has been announced.

·         Indian refineries are planning to leverage the available surplus hydrogen capacities for meeting the initial demand in mainstreaming hydrogen. One such project is in the stage of implementation at the Gujarat refinery of the IOC. The technology adopted for this Hydrogen production is based on carbon capture technology from the natural gas.

·          It is also being tried to use the existing CNG pipeline network for ferrying of the Hydrogen.Thus an all out and comprehensive plan is being worked out to make use of hydrogen economical.By establishing synergies with natural gas, hydrogen can easily be incorporated in the energy mix without making major infrastructural changes. One of the spinoffs recommended by Minister of Petroleum during the Conference on Hydrogen Economy was introduction of H-CNG as an intermittent technology for both; transportation and domestic cooking applications.

·          Currently, the petroleum sector is the largest producer of hydrogen for various refinery process operations but as footprints of renewables in the energy sector increase, more and more green hydrogen will be available for exploitation.

Energy is critical to support the growth of the economy. However energy needs to be sustainable, affordable and above all environment friendly. The inclusion of hydrogen as an energy carrier in the future energy portfolio will be able to address emerging energy sectors, including power to gas, power to power, and power to mobility.

For a country like India depending on a single source is neither cost effective nor economical hence not advisable. Hence depending on local conditions and with a strong grid network, a basket of energy is the way ahead. Therefore diverse energy basket would be necessary to optimal utilisation of the available resources. For which leveraging of new technologies in synergy with the existing established technologies should be the way ahead.

The need to remain contemporary to the latest in the domain of technology, it is important that emphasis continues to remain on a strong Research and Development (R&D) setup with a strong linkage of this R&D set up with the Industry to engineer the technologies developed by the R&D into a usable form. Role of Academic institutions to support the efforts of R&D Set up will be equally important for the seamless integration of the efforts for the energy transitions.

Author – Maj Gen AK Chaturvedi, AVSM, VSM (Retd)  is a retired Indian Army General Officer who has served in Jammu & Kashmir, NE, Andman Nikobar on various appointments at Command and Army HQs. . He is Vice Chairman of Think Tank, “STRIVE”,  after retirement is pursuing his favorite hobby of writing for newspapers, journals, and think tanks.

19 thoughts on “Indigenous Attempts to Enhance the energy supply from renewable sources other than Solar, Hydro and Wind By Maj Gen AK Chaturvedi, AVSM, VSM (Retd)”