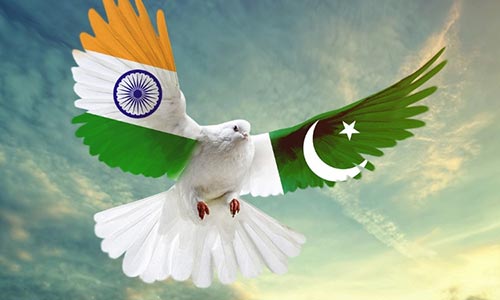 Indians are incurable optimists. We got so euphoric when Pakistan Army chief General Qamar Javed Bajwa said “bury the past and move forward” that we glossed over his pointed assertion — “The Kashmir issue is at the heart of this.” Hopes of an enduring détente had already been raised in February when Indian and Pakistani armies decided to implement a ceasefire along the Line of Control. 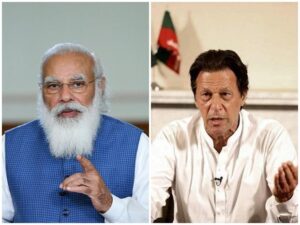 Similarly, when Pakistan Prime Minister Imran Khan replied to PM Narendra Modi’s Pakistan Day greetings, saying that “the people of Pakistan also desire peaceful, cooperative relations with all neighbours including India,” we failed to take note of his caveat that “durable peace and stability in South Asia is contingent upon resolving all outstanding issues between India and Pakistan, in particular, the Jammu and Kashmir dispute.”

So, when Pakistan’s Economic Coordination Committee (ECC) approved a proposal allowing the import of sugar, cotton and cotton yarn from India through land and sea routes, we took it for granted that the good old days of India-Pakistan bonhomie had returned. In fact, many said that Islamabad’s unprecedented peace gesture was a pragmatic decision, based on the realisation that animosity with its eastern neighbour was only harming Pakistan.

However, now that Pakistan’s federal cabinet has deferred the ECC’s decision on imports from India — with Foreign Minister Shah Mehmood Qureshi restating PM Imran Khan’s stance that “as long as India does not review the unilateral steps it took on August 5, 2019, normalising relations with India will not be possible” — it’s absolutely clear that Islamabad’s offer to mend fences with New Delhi was nothing but meaningless gibberish. What else explains its volte-face within a matter of just a few days?

It thus emerges that General Bajwa’s bold call was just as fallacious as his predecessor General Raheel Sharif’s claim of the Pakistan Army going after “terrorists of all hue and colour along with their abettors, financiers and sympathisers”. Former US President Donald Trump had aptly said that Pakistan, in return for all the financial aid it got, gave back “nothing but lies & deceit.” Hence, those disheartened by Islamabad’s volte-face have only themselves to blame because they refuse to learn from past experiences.

It’s no secret that Pakistan’s Kashmir fixation is a self-destructive mindset that has served as a major impediment to its development and progress. An imaginary ‘existential’ threat from India that is being peddled by Rawalpindi allows the Pakistan Army to consume a lion’s share of the country’s budget, leaving precious little for infrastructural development and poverty alleviation. Former prime minister Zulfikar Ali Bhutto’s famous line — “we will eat grass, even go hungry, but we will get one of our own [Atom bomb]” — gives a good insight into Pakistani leadership’s military obsession.

Due to the ban on commercial activities with India, Pakistan’s industries perforce have to rely on costlier imports from elsewhere, which makes their products dearer. Furthermore, while the Pakistani industry suffers, middlemen facilitating ‘unofficial’ India-Pakistan trade through third countries in the Middle East have a field day making huge profits, and this reality has even been accepted by the Imran Khan government. In December 2019, Dawn newspaper quoted Revenue Minister Hammad Azhar admitting that “the prevailing price hike, particularly the food inflation, emanated from the suspension of trade with India and seasonal factors and the role of the middleman.”

In March 2021, two near-simultaneous events showed Pakistan’s skewed sense of priorities. On the one hand, National Health Service Secretary Aamir Ashraf Khawaja announced that there were no government plans to buy Covid-19 vaccines this year and that this devastating pandemic would be tackled through ‘herd immunity’ and donated vaccines. On the other hand, Pakistan Army was actively pursuing the $1.5 billion deal it had signed with Turkey in July 2018 for 30 Turkish-made helicopter gunships. The US, though, has now blocked the sale. So, while PM Khan is telling the world a sob story of how Pakistan doesn’t “have the money to spend on already overstretched health services, and to stop people from dying of hunger,” his army seems to be the least moved by the nation’s financial crisis and more concerned about increasing its already monstrous stockpile of military equipment.

The first basic rule for successfully reviving any dialogue aimed at mending fences is avoidance of preconditions, especially if they are irrational. However, PM Khan’s insistence that New Delhi must restore Article 370 of the Indian Constitution — which gave special status to Jammu and Kashmir — before Islamabad can consider normalisation of relations, is, to say the least, a fatuous demand for the following reasons:

The design is clear

Since the diplomatic corps of Pakistan is extremely competent, for Imran Khan to make such a humongous faux pas is inconceivable, but then, the Pakistan Army is infamous for dabbling in foreign affairs even when it has no flair for diplomacy. So, Islamabad’s embarrassing decision to backtrack on its much-hyped quest for peace with India by citing Article 370 abrogation issue as the sole reason is, in all probability, a decision that emanated from General Headquarters at Rawalpindi and not due to recommendations put forth by the Foreign Office in Islamabad.

In fact, while making his magnanimous “time to bury the past and move forward” comment, General Bajwa himself gave a clear hint regarding the vulnerability of any peace initiative with India. Readers may recall that his declaration was preceded by him mentioning that “without the resolution of Kashmir dispute…process of sub-continental rapprochement will always remain susceptible to derailment due to politically motivated bellicosity.” So, it’s not at all surprising that the 2021 peace initiative between the countries seems to have fizzled out even before the ink on the LoC ceasefire agreement could dry “due to politically motivated bellicosity” exhibited by Islamabad.

It’s difficult to say for certain whether General Bajwa’s prediction on India-Pakistan rapprochement faltering is merely coincidental. However, one thing is certain — over a period of time, mutually beneficial commercial activities and freer people-to-people contact between the two countries could dispel Rawalpindi’s narrative that seeks to demonise India. Pakistan Army draws its extra-constitutional powers by portraying itself as the bulwark against India’s ‘hegemonic’ designs. Hence, any changes in public perception regarding India to the contrary will erode Rawalpindi’s power base, which Pakistan Army will never accept.

It’s no secret that Pakistan is a country where the legislature proposes while the army disposes of. So, isn’t there a distinct possibility that General Bajwa making an irresistible “time to bury the past and move forward” offer and the military establishment’s ‘selected’ prime minister ensuring just the opposite by making restoration of Article 370 an obligatory prerequisite for normalisation of relations, are part of a craftily orchestrated and novel plan to draw international attention to Kashmir issue once again?

{[This article first appeared in The Print], Photo – Defencenews.in}