The decision of Russia to grab Ukrainian territory, it believes belongs to it or to breakaway republics, has created concerns of similar Chinese actions in Asia. China has observed the Ukrainian crisis unfold, provided unstinted diplomatic support to Russia while studying global response. It has witnessed that sanctions have neither slowed Russian military actions nor impacted its economy, mainly on account of its natural resources. The Rouble has been gaining, rather than losing ground.

Western support for Ukraine, including provision of sophisticated weaponry, has only enabled it to slow down the Russian offensive, not stop it. It has lost territory, suffered civilian casualties and infrastructural damage. It has however drawn Russia into an unending conflict. The end state of the war is anybody’s guess.

Russia launching its powerful military against a weaker nation provides China with a precedent. Chinese adversaries in Asia, including those facing Chinese pressures in the South China Sea as also those in territorial disputes, are concerned. So is the globe. Japan and South Korea were observers in the recently concluded NATO summit, while India, alongside Japan are members of the QUAD, aimed at containing China. Japan, Taiwan and Australia are part of different security alliances, aimed at countering Chinese military actions.

While NATO may not get involved in Asia nor admit Asian nations, individual NATO members would begin partnering Asian countries, AUKUS (Australia-UK-US alliance) as also a possible France-Australia-India trilateral are examples. In its recently concluded summit NATO called out China for the first time. The NATO secretary general, Jens Stoltenberg, stated, ‘China is not our adversary. but we must be clear-eyed about the serious challenges it represents.’ Containing China appears to have become a global responsibility. Possibly NATO will concentrate on Europe while the US shifts focus to Asia, aimed at challenging Chinese aggressiveness.

The west needs time before imposing an effective blockade of Russian oil and gas, thereby denting its economy. The longer it takes, the more it funds Russian aggression. China is aware of similar global dependency on its manufacturing hubs and would expect softer sanctions as anything hard could damage economies of sanctioning nations, already hit by the Ukraine crisis.

A fallout from Ukraine is that nations must invest in building military capabilities to deter adversaries, which in Asia, implies China. As Europe provided Ukraine with weapons, seeking to draw Russia into an unending conflict, the US and its allies would attempt the same in Asia in case China adopts an aggressive route. However, equipment support can only be effective if trained manpower and capabilities exist.

Additionally, territorial security is of greater importance than preparing for a war which is expected to be technology driven, contact-less and against an invisible enemy as emphasized by Ajit Doval, India’s NSA, in a recent interview. The UK Chief of General Staff, Sir Patrick Sanders stated in his address to the Royal United Service Institute in end Jun, ‘Standoff air, maritime or cyber fires are unlikely to dominate (future conflicts) on their own– Land will still be the decisive domain. To put it bluntly, you can’t cyber your way across a river.’

Patrick Sanders added, ‘No single platform, capability, or tactic will unlock the problem. Success will be determined by combined arms and multi-domain competence.’ While information and cyber warfare will support armed forces operations, they will never, in isolation, be battle winning factors. The Ukraine war has witnessed mass artillery fires degrading objectives, counter bombardment on static fire positions employing innovative technologies as also ups and downs in employment of UAVs. These display a changing battlefield milieu, which needs constant study. In basic terms, imbibing technology with evolving doctrines and tactics is the answer.

For India, a primary lesson is that the armed forces need to operate jointly rather than in independent silos. Hence, creation of theatre commands becomes mandatory. This is being inordinately delayed because the government hesitates to nominate a CDS. Lutyens Delhi must understand that threats to the nation have neither stalled nor abated. A moment of weakness or inaction will be exploited by either of our adversaries, as Kargil and Ladakh displayed. Diplomacy can never be an alternative to military power but will supplement it. India did deny China and Russia the authority to accuse the US from the BRICS platform, however, whether it can repeat it in the forthcoming SCO meet is to be seen. Diplomacy has thus far failed to resolve Ladakh, while employment of military power has placed brakes on China.

Success in war is dependent upon the fighting capability of the soldier as also his technical knowledge to keep sophisticated equipment battleworthy under most trying circumstances. Will the current Agnipath scheme meet these requirements is a moot question. In the years ahead, ratios in combat units would be 75% Agniveers versus 25% seasoned soldiers, implying lack of experienced leadership. There is a need to look at the long-term picture rather than seek solutions solely for financial benefit.

Defence expenditure must be considered as an investment for countering adversaries with territorial ambitions as also drawing global investments into a safe and secure India. Indian forces lack funds for modernization, while threats continue to increase. Joint capability development is non-existent as there is no CDS to coordinate it. Budgets are unrealistic. Unless armed forces are prepared for war, there will be no deterrence. Aggressiveness in a ‘no war, no peace’ scenario places the adversary on the defensive.

It is essential to alter operational concepts based on lessons from Ukraine. Lessons flowing across all spectrums of warfare including employment of technology, will need to be comprehended. While we need to look at warfare of the future, we need to consider that threats in the Indian context are solely territorial. Losing even one km of land is unacceptable to the Indian public.

Effective employment of information warfare to win battles of perception does not imply winning the war. Ukraine won this battle hands down, while losing 77,000 square kms of land and 4800 civilians. Victory depends on military capabilities for which the government must be willing to invest, while not playing with armed forces structures. 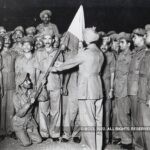 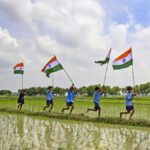 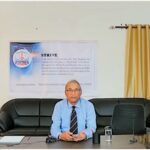 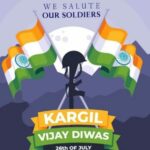 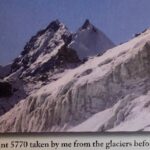