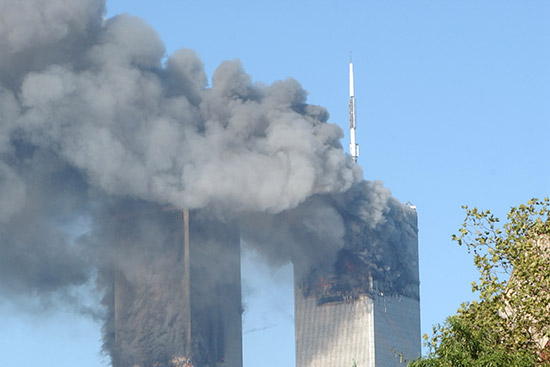 As the twentieth anniversary of the horrific 9/11 terror attacks approaches, memories of this wanton act of terrorism perpetrated by Al Qaeda that extinguished 2,977 innocent lives of people belonging to more than 90 countries, gives one a sickening sense of revulsion. This depressing feeling is further exacerbated by the realisation that despite international outrage against terrorism that this despicable incident evoked and the much-hyped US led global war on terror, in the two decades that have elapsed, no meaningful results have been achieved.Au contraire, America’s shambolic exit from Afghanistan has only proved that in the war on terror, it’s ultimately the ‘bad guys’ have won-and that too, hands down! 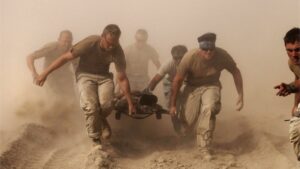 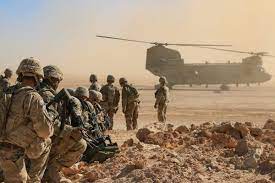 While America’s ignoble withdrawal from Afghanistan has essentially sounded the death knell of the grandiose global war on terrorism, Washington has no one else but itself to blame for failing to marginalise, if not wipeout, Taliban. Washington today can’t pretend being unaware about Islamabad’s unholy nexus with this proscribed terrorist group and anyone claiming otherwise should be asked a simple question- why didn’t the US provide Islamabadwith prior information regarding its Abbottabad operation to take out Al Qaeda founder and 9/11 mastermind Osama bin Laden? While Pakistan Prime Minister Imran Khan did claim in 2019 that Pakistan had provided intelligence regarding Laden’s whereabouts,his claim was more to hide the ignominy of Islamabad being intentionally kept out of the loop!

The correct answer has been provided by none other than former American Defence Secretary and ex-CIA chief Leon Panetta. Speaking of how US intelligence agencies had discovered that Laden was holed up in Abbottabad, which “is a centre for their intelligence services and the Pakistani West Point [Pakistan Military Academy] is located there as well,” Panetta candidly admitted that“I find it very difficult to believe that there wasn’t somebody in Pakistan who was aware of this compound.” He went on to add, “Because of that concern and that lack of trust, very frankly, we decided not to inform the Pakistanis about the location of bin Laden and we did not inform them about the operation that we conducted because we were concerned that if we did that, it was likely bin Laden would be advised to move.”

So, with what face can Washington still deny being unaware of Islamabad’s nexus with terrorists?

Harbouring or assisting criminals is a punishable offence and common sense suggests that the same would be equally applicable to designated terrorist groups as well. However, even though Pakistan has been consistently admitting hosting Taliban, the international community has failed to take any action against what patently amounts to ‘state-sponsored terrorism. Some examples:

In 2018, former US President Donald Trump rightly accused Pakistan for having double-crossed Washington by tweeting, “They give safe haven to the terrorists we hunt in Afghanistan…” Unfortunately, no one took note of [or had the guts] to admit that Islamabad had been backstabbing the US in Afghanistan for two decades! So, Washington has no reason whatsoever to blame others for the Afghanistan fiasco.

While the US and Pakistan are undoubtedly guilty of either nurturing terrorism directly [Pakistan] or indirectly [US], Beijing too has a lot to answer for its duplicity on dealing with terrorism. While it claims to have ‘zero-tolerance’ for terrorism and uses this façade to justify religious persecution of Uighur Muslims of China’s Xinjiang Autonomous Region, it has a completely different take on terrorists elsewhere. Readers would recall that despite three [US, UK and France] out of the five permanent UNSC members and a host of other countries seeking designation of Jaish-e-Mohammad chief Masood Azhar as a global terrorist, China thwarted this move for a record four times by putting this proposal on “technical hold.”

When Azhar was finally designated a global terrorist, rather than hail this decision as a major victory for anti-terrorism forces, Pakistan’s Foreign Ministry Spokesperson Dr Mohammad Faisaltook great pride in admitting that this happened only after the removal of “all political references, including removal of attempts to link it with the terror attack in Pulwama and maligning the struggle of the Kashmiris.” Could there be a more brazen institutional attempt to whitewash a terrorist’s filthy deeds? 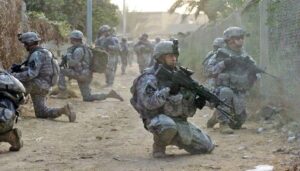 The international community maintained a stoic silence while Pakistan shamelessly continued to nurture terrorists and provide them safe sanctuaries [including Osama bin Laden]. The world looked the other way when Taliban violated all norms of civilized behaviour by launching an unprovoked offensive against armed forces of the democratically elected Government of Afghanistan. The world didn’t get worried when Pakistan’s Interior Minister admitted that despite being UNSC designated terrorists, Taliban fighters wounded while fighting Afghan government forces were being treated in Pakistani hospitals.

One had expected that the international community would act with due responsibly by demanding an explanation from Taliban for initiating violence in which thousands have died, been injured or displaced- demanding action against its fighters who had murdered 22 Afghan army commandos after the latter had surrendered.So, while the international community definitely has the moral responsibility for helping war-torn Afghanistan, but then, it’s incumbent on Taliban to reciprocate by sincerely following internationally recognised laws and conventions.

However, since Taliban hasn’t yet shown any inclination to walk its talk, one had expected that the international community would collectively pressurise Taliban into respecting globally acceptable norms of conduct. Unfortunately, rather than do so, some countries seem to be in a mad rush to exploit the situation to further their own vested interests by cajoling, imploring and even seducing Taliban with promises of recognition as well as aid.With the international community more than willing to bend backwards to humouran obdurate Taliban by overlooking its transgressions, and the ominous way in which things are shaping, future prospects aren’t very encouraging.

In May this year, Taliban clarified that itwould not intervene on Kashmir as “The policy of the Islamic Emirate is clear that it does not interfere in the internal affairs of other countries.” However, after coming to power, it’s made a clever variation by invoking the religious angle and saying, that being Muslims, it is Taliban’s right to speak out for Muslims living in Kashmir and any other country. When taken in isolation, there’s nothing disconcerting about this; but when related to Al Qaida’s congratulatory message toTaliban on its victory, Taliban’s new approach acquires a more menacing connotation.

In its message congratulating Taliban, Al Qaeda has also given a call to liberate “The Levant, Somalia, Yemen, Kashmir and the rest of the Islamic lands from the clutches of the enemies of Islam.” Given its congenital proximity with Pakistan, Taliban’s so called “right to speak for Muslims”portends big trouble, especially since it no mention of East Turkestan or religious persecution of Uighur Muslim of Xinjiang in China.

The biggest threat to the world however comes from Taliban’s success in Afghanistan, as itserves as an inspiration to fundamentalist terrorist organisations all over the world as is evident from Al Qaeda’s message to likeminded terrorist groups that “These events [ in Afghanistan] prove that the ‘Way of Jihad’ is the only way that leads to victory and empowerment”!