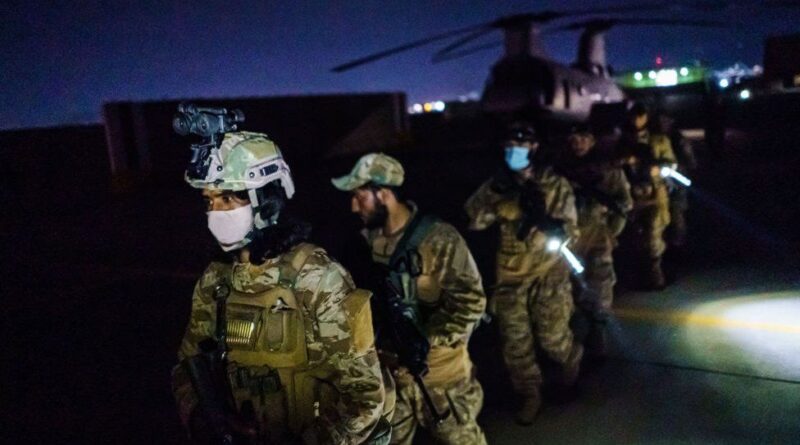 When something completely unexpected happens, we ascribe it to providence. But when there are a series of such occurrences revolving around a single event, it’s but natural to suspect that something’s amiss and in absence of any rational explanation, conspiracy and coverup theories abound. The latest such issue that’s caught the world’s attention is the crisis in Afghanistan. 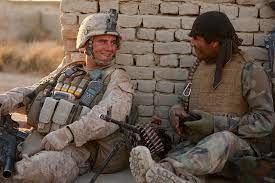 That the qualitatively and quantitatively far superior US trained and equipped Afghan National Army [ANA] would collapse like a house of cards is something that defies logical explanation. There are many hypotheses regarding this debacle. US President Joe Biden contends that ANA had lost the will to fight, and though Lt Gen Sami Sadat [who commanded ANA’s 215 Maiwand Corps in South Western Afghanistan before he was summoned to Kabul to head Afghan special forces] accepts this, he in turn blames the US led coalition forces by saying, “we ultimately stopped fighting because our partners already had!” 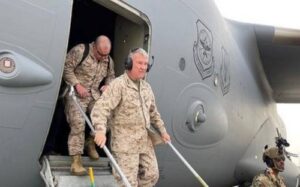 Then there are others who blame undue political interference by Kabul, widespread corruption within political and military circles and lack of integration within ANA due to persisting ideological differences within its rank and file due. Some even believe that it was the basic human survival instinct that completely overwhelmed ANA’s sense of military responsibility and thus precipitated this inexplicable debacle. While these factors have undoubtedly contributed to ANA’s capitulation, but the insinuation that it was survival instinct that compelled Afghan army officers and soldiers to give up without a fight, though a very reasonable explanation, doesn’t fit into the scheme of things in this case.

Survival instincts manifest themselves where there are some chances of getting out alive- even if it’s only a hope against hope. But in this case, there was none. Two months to the day before Kabul fell, Taliban summarily executed 22 Afghan Special Forces commandos who had surrendered after running out of ammunition in Dawlat Abad town in Faryab province near Afghanistan’s border with Turkmenistan. Graphic videos showing the unarmed commandos surrendering and thereafter being mercilessly mowed down by gunfire on the streets went viral on social media sending out a clear signal to Afghan forces that their lives wouldn’t be spared even if they surrendered like the unfortunate commandos did.

Therefore, logically speaking, since surrender by ANA was tantamount to facing certain death at the hands of Taliban, survival instincts should have instead spurred ANA to fight and defeat Taliban as this was their only hope of staying alive. Furthermore, since they had the necessary wherewithal required to do so, fight rather than flight gave them a better chance of survival. So, it wouldn’t be too farfetched to suspect that there was some sort of secret deal between Kabul and Taliban, or even the US and Taliban that led to Afghan army’s sudden collapse despite numerical superiority, sophisticated weaponry and lethal air power in the form of fighters and attack helicopters, at its disposal.

Besides this abject surrender, what’s equally intriguing is that ANA took no action whatsoever to destroy or disable hi-tech US weapons and equipment it held- something that even a greenhorn soldier would do instinctively. Moreover, since all one has to do in order to render such equipment unserviceable is to set the equipment on fire or just smash its control panels [either manually or by using grenades], the argument that ANA didn’t have the time or expertise to do so, isn’t convincing. So, there are good reasons to believe that sophisticated weapon systems and other state of art warlike stores were intentionally left unscathed as part of some underhand deal that was linked to immunity from reprisal by Taliban. In this case, there’s an extremely high probability of Pakistan army’s Inter Services Intelligence [ISI] involvement aimed at surreptitiously siphoning functional military hardware across the Durand Line!

The August 26 bomb attack at Kabul airport that left 13 US soldiers dead and 18 others wounded has once again brought ISIL-K back into the limelight. The US acted with lightning speed and within 48 hours claimed to have ‘droned’ a planner and facilitator involved in the August 26 attack. While there are no reasons to doubt Pentagon’s claim but the speed with which it was able to located and neutralise a planner and facilitator of the August 26 attack hiding in Afghanistan’s faraway Nangarhar province, which is a strictly ‘no-go’ area for both US forces and Taliban, does raise suspicions. Washington’s refusal to name the ISIL-K terrorists ‘neutralised’ makes things sound even more suspicious. So, could it be that this claim was merely made to assuage public anger in America against the killing of 13 US soldiers?

Ever since its creation in 2015, besides engaging in a long-drawn turf war with Taliban, ISIL-K has carried out several attacks against targets in Afghanistan which included hospitals, holy shrines and congregations of Shi’ites, educational institutes, wedding ceremonies and aid workers. It has also carried out a few small-scale strikes in Pakistan and has even attracted some recruits from India. Its attempts to make inroads into India through terrorist groups in Jammu and Kashmir are underway but haven’t made any worthwhile headway. However, in the six years of its existence, ISIL-K has never targeted US troops in Afghanistan before the August 26 attack and there’s a logical reason for this.

The UN monitoring group has determined that though it “continues to pose a threat to both the country [Afghanistan] and the wider region,” ISIL-K has suffered considerable “territorial, leadership, manpower and financial losses during 2020 in Kunar and Nangarhar Provinces.” Accordingly, ISIL-K wisely chose to accord more importance to consolidation and regaining lost ground rather than dissipate its resources by attacking US troops and suffering further losses in the ensuing reprisal. With the Ashraf Ghani government now out of the scene, ISIL-K has only Taliban to contend with for supremacy and so, antagonising Uncle Sam and making one more enemy makes no sense at all. This is why the claim of ISIL-K having orchestrated the Kabul blast needs to be taken with a rather big pinch of salt. 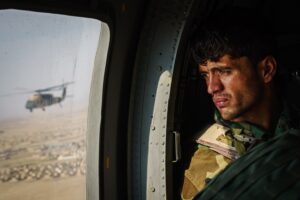 On August 30, the Pakistan army’s media wing Inter-Services Public Relations [ISPR] announced that two soldiers were killed when terrorists from inside Afghanistan fired at a military post in Bajaur district. The ISPR statement on this incident also mentions, “Pakistan strongly condemns the use of Afghan soil by terrorists for activities against Pakistan and expects that existing and future setup in Afghanistan will not allow such activities against Pakistan.”

This unprovoked attack is indeed despicable and hence Pakistan army’s angst is understandable. However, since Pakistan, has all along been backing Taliban to the hilt by overlooking its rampant wrongdoings and instead is singing paeans in an attempt to get the international community to approve Taliban’s military takeover of Kabul, for it to indirectly admonish Taliban, which is yet to form the government and take stock of the situation, is by any standards, overdoing it! So, could it be that this public show of fury is merely to convey the impression that Pakistan continues to be a ‘victim’ of trans-border terrorism and divert global attention from the fact of Islamabad’s devious role that created the current Afghanistan crisis?

At a time when Taliban conducting an inquiry to investigate Islamabad’s allegation of anti-Pakistan activities being carried out by Tehreek-e-Taliban Pakistan [TTP] from Afghanistan soil, wouldn’t it be suicidal for TTP to carry out a cross-border attack at this crucial juncture? It may be argued that the Pakistan army wouldn’t have sacrificed two of its soldiers just to play terror ‘victim’ or divert international attention and this argument makes sense.

However, since military posts have field defences to protect soldiers from hostile fire, for terrorists to be able to kill two soldiers manning the well-fortified Bajaur post and that too through a long-range ‘standoff’ attack, though possible is rather difficult to achieve. But then, there’s always the possibility that these soldiers may have actually been shot by terrorists elsewhere in the restive Bajaur Agency and are being shown as being killed in the military post near the Afghanistan border?

Though this may sound outlandish, but when an army can abandon and disown its own soldiers killed in action during the 1999 Kargil conflict just to deny the involvement of its soldiers in the intrusions, it can certainly shift an encounter site for keeping up pretenses!

The way US, Pakistan and Taliban are playing games in Afghanistan there are bound to be many more surprises in the days to come and the following lines of TS Eliot aptly describe the emerging situation there: