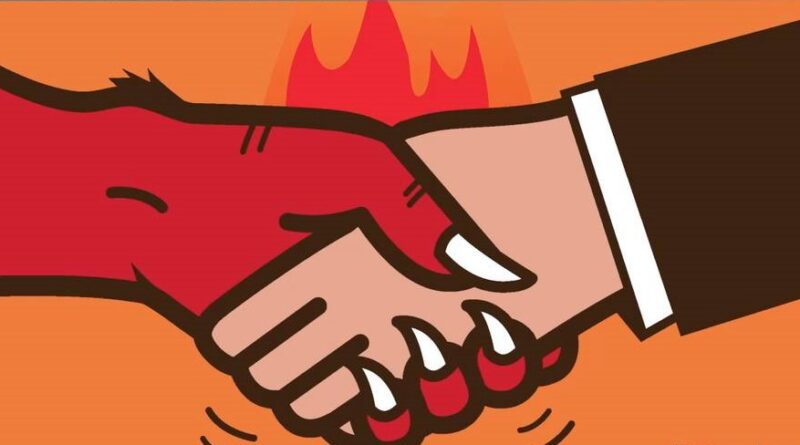 The problem with terrorist groups is that they firmly believe that the gun is the only way to resolve any issue, and this makes them impervious and obdurate in their dealings. So, it’s not at all surprising that even though it seized power by brute force and not through consensus, Taliban spokesperson Suhail Shaheen has the gall to demand that the world should recognise Taliban to “respect the will of the Afghan people.”

In fact, by saying that Afghanistan will have “an Islamic government based on Sharia laws, [and] there would be no democratic system at all because it doesn’t have any base in our country,”senior Taliban member WaheedullahHashimi has made it clear that Taliban has, without even asking the people concluded that Afghans don’t have any appetite for democracy. 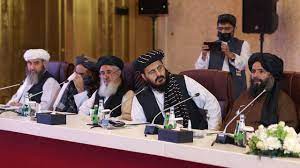 On Tuesday, the Taliban Deputy Information Minister and former spokesperson Zabihullah Mujahid went a step further by saying, “It is the responsibility of the United Nations to recognise our government [and] for other countries, including European, Asian and Islamic countries, to have diplomatic relations with us.”This statement in noteworthy as it reveals two things- one, that Taliban has no intention of following international laws and conventions, and two, it considers international recognition as a matter of right!

Readers would recall that soon after his arrival in Kabul for talks on government formation, the Taliban’s main architect of the Doha Agreement, Mullah Abdul Ghani Baradarannounced that “We’re working to establish an inclusive government that represents all the people of Afghanistan.”However, within a month, while Baradar seems to have faded into oblivion and with Mujahid now making it clear that “Pakistan or any other country has no right to ask the Islamic Emirate [Taliban] to establish an ‘inclusive’ government in Afghanistan, “so has the promise of an “inclusive government.”

So, when Taliban can so shamelessly turn back on its own promise of forming an “inclusive government”, how can one believe Mujahid’s non-committal comment that women “might be” inducted in the government subsequently,or that the decision to allow girls to attend school will be announced “soon”? With government coffers empty and no sustainable sources of funds to run the country, Taliban has no other option but to rely on foreign aid. That’s why its bellicosity raises a question- why is a near-bankrupt Taliban still exhibiting such an anon-cooperative attitude?

The answer isn’t very difficult to find as history is replete with examples of how repressive regimes ostracised by the international community were bailed out by countries that placed their vested interests above ethics and global amity. In the case of Taliban, China and Pakistan are two such countries that have openly come out in its support and it’s just a matter of time when others too would join in and Taliban knows that even before anyone realises, it’ll be business as usual!

Beijing’s motivation to woo Taliban stems from the scope of exploiting Afghanistan’svast natural resources as well as gaining land route access into Central Asia. Pakistan is standing by Taliban for three reasons. One, being China’s client state, it has no other option, and two, with Pakistan army’s spy agency Inter-Services Intelligence [ISI] having painstakingly handpicked a pliable Taliban government, the resultant Haqqani led dispensation in Kabul suits Islamabad’s interests. Lastly, Pakistan is probably betting on becoming the Taliban’s confidante and its interphase with the outside world, so it can diverted for its own use- just like Gen Zia ul Haq did with CIA funds meant for mujahideens fighting the Soviets in Afghanistan! 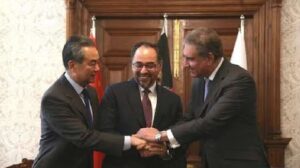 With China and Pakistan on its side, Taliban knows that it can still manage the show despite antagonizing the world by flatly refusing to respect enduring international laws and conventions on governance and human rights. While China would provide it funds, a cash-strapped Pakistan seems to have assumed the role of Taliban’s public relations agency. Why else would Pakistan Prime Minister Imran Khan describe the barbaric Taliban fighters as “normal civilians”?  Why did he take so much pains to explain the genealogy of Haqqanis– of them being Pashtuns of Afghan stock born in a Pakistan refugee camp and ‘educated’ in a Pakistani madrassa?

Lastly, why else would Khan hail Taliban’s bloody takeover of Kabul, as a defining moment for Afghanistan by saying that with this, Afghans had broken the “shackles of slavery”?

By saying that “If they [Taliban] can sort of now work towards an inclusive government, get all the factions together, Afghanistan could have peace after 40 years,” Khan may have shared the international community’s concerns on this issue. However, by adding that the world should “give them [Taliban] time,” it’s clear that he’s not as serious as he pretends to be, because achieving inclusiveness isn’t a time-consuming exercise. That he is merely paying lip service is all the more evident from the fact that instead of offering positive suggestions to make Taliban form an “inclusive government,” Khan has instead gone off on a tangent by saying that“rather than sitting here and thinking that we can control them, we should incentivise them.”

Besides highlighting the genuine issue of the burgeoning humanitarian crisis in Afghanistan, Khan hastried to make the case for immediate engagement with Taliban stronger by reminding the world that an unstable Afghanistan could heighten “the possibility of terrorism from Afghanistan’s soil.”

While his concerns deserve appreciation, but then, Khan’s proclivity for presenting a dooms-day scenario to buttress his claims is well known. Remember how he used the UNGA podium to very confidently prognose a “bloodbath” in Kashmir once precautionary restrictions invoked after Article 370 abrogation were lifted? Recall how he kept warning the world about an imminent Indian ‘false flag operation’ against Pakistan that would culminate in a nuclear exchange?So, one isn’t very sure whether the international community will take him seriously this time!

It seems Khan is attempting to peddle the hypothesis the only way for the world to ‘immunise’ itself from terrorism, is to “incentivise”Taliban [pay it ‘protection money’ in garb of foreign aid.] However, one can’t blame Khan for this absurd suggestion since Pakistan itself has been a beneficiary of such an arrangement. Remember former US President Donald Trump’s 2018 tweet- “The United States has foolishly given Pakistan more than 33 billion dollars in aid over the last 15 years, and they have given us nothing but lies & deceit, thinking of our leaders as fools. They give safe haven to the terrorists we hunt in Afghanistan…”?

Some may argue that a weak Taliban government would only embolden other terrorist groups like the Al Qaida and Islamic State of Iraq and Levant-Khorasan [ISIL-K]. They may also cite the Kabul airport suicide bomb attack that killed 13 US soldiers and at least 169 Afghan men, women and children, as well as the recent spate of three ISIL-K bomb attacks targeting Taliban in Jalalabad. While the threat from ISIL-K and Al Qaida cannot be disregarded or downplayed, but given the Taliban’sdubious track record and manipulative skills, there’s a need to take its claims with a rather generous pinch of salt.

On August 29, when US declared that it had ‘droned’ a suicide bomber driving an explosive-laden car, ‘France 24’ reported that “A Taliban spokesman confirmed the incident, saying a car bomb destined for the airport had been destroyed…” Taliban coming out so promptly to second afalse claim made by its arch-enemy should have raised red flags, but unfortunately, it didn’t.

But why did Taliban concur withthe false US claim of an abortive ISIL-K car bomb attack? The most likely reason is that doing so would help the Taliban in building up the narrative of a heightened ISIL-K threat in Afghanistan and thereby prepare ground for it to seek international aid for quelling Al Qaida and ISIL-K. So, there are bright chances that in the days to comewe could well see a replay 2002, albeit with some minor changes in which “incentivized” Taliban will replace the Pakistan army as the ‘good guys and ‘fight’ the global war on terror- just like Pakistan army did for the last two decades.

Looks like the days ahead will indeed be extremely interesting!

One thought on “‘Incentivising’ Taliban: A Faustian Deal by Col Nilesh Kunwar (Retd)”