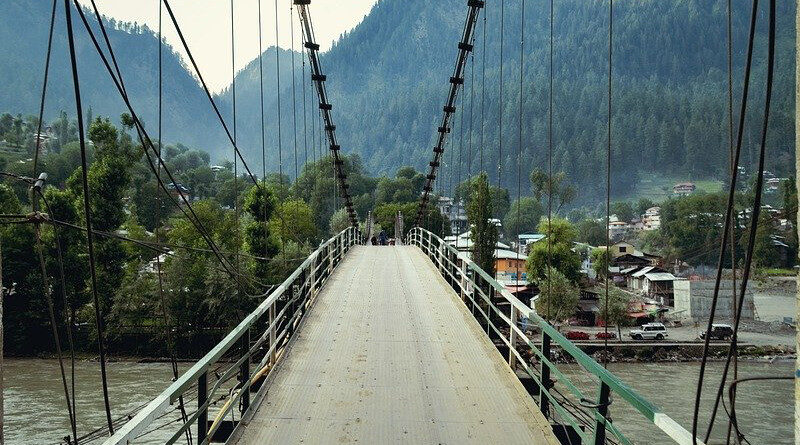 It’s now been more than three decades since terrorism first raised its ugly head in J&K and no Kashmirihas remain untouched by the pain and suffering it has caused. Despite a host of human rights organisations and activists who claim to be extremely concerned and greatly distressed by violence in J&K, not even one of the self-professed ‘well-wishers’ of Kashmiri people has made any serious attempt to educate those who have picked up the gun on the futility of the so-called “armed struggle.” Au contraire, there are plenty who by justifying violence perpetrated by terrorists are actually encouraging a culture of violence that’s brutalising the very people these activists claim to be so worried about!

Whereas forces that propel terrorism may differ, but the common denominator is that it’s a bustling industry the world over, and J&K is no exception. Islamabad may euphemistically refer to terrorism in J&K as a ‘legitimate struggle for self-determination’ and wax eloquent on how can’t be equated with terrorism. It may have also issued a postage stamp to honour a terrorist killed in an encounter with security forces. However, it’s puerile attempt to eulogise terrorism has no takers. So much so, that even that its ‘all weather friend’ China, close ally Turkeyas well as the Organisation of the Islamic Cooperation [OIC], have outrightly disapproved use of violence as a means to resolve the Kashmir issue.

Amusingly, despite being the sole supporter of terrorism in J&K, Islamabad continues to blow hot and cold by on the one hand talking about peaceful resolution of the Kashmir issue, while on the other hand, stoutly endorsing terrorism by terming it a ‘legitimate struggle for self-determination’. However, such is Islamabad’s obduracy that inspite of being globally isolated on this issue and continuously figuring in the grey list of international terror financing watchdog Financial Action Task Force [FATF] ever since 2018, Pakistan still refuses to mend its ways.

It’s not that the separatist lobby in J&Kthat toes Pakistan’s line is ignorant about the futility of terrorism. As early as 2007, while visiting Pakistan, senior All Party Hurriyat Conference [APHC] leader Mirwaiz Umar Farook had pleaded that “The dialogue process to resolve the Kashmir issue should be given a chance as efforts through military means have not achieved any results except creating more graveyards.”The United Jihad Council or UJC [a terrorist organisation created by Pakistan army for exercising unified command over all terrorist groups fighting in J&K] expectedly hit back at him and his supporters by advising them “…not [to] teach the lesson of cowardice and hopelessness,” to Kashmiri youth.

The UJC spokesperson also said that “If Mirwaiz and other leaders of his like have become tired, disenchanted or hopeless about the future of freedom struggle due to adverse circumstances, we suggest them to sit back in their homes to lead a life of comfort.”In the process of castigating Mirwaiz, the UJC spokesperson unwittingly admitted that the future of the so called “freedom struggle”being waged by terrorists in J&K was “hopeless.”

Former Hurriyat leader Late Syed Ali Shah Geelani, was a firm advocate of the so called “armed struggle”who had officially admitted that “We [APHC] never denied or ignored the role of gun in our struggle.” However, even he accepted that the so called “armed struggle” “won’t serve its purpose unless and until it is well-coordinated. It needs support of a country… resources and training camps…. it also needs ideologically perfect youth. It needs strategy,” and admitted that “militancy in Kashmir lacks these things.”

From the Horse’s Mouth

While Islamabad is busy trying to defend the indefensible and trying to secure international legitimacy for terrorism in J&K that it is patronising, former Pakistani politicians, its army Generals and terrorist commanders themselves have openly admitted that that the violence in J&K is pure terrorism. In 2009, the then Pakistan President Asif Ali Zardari admitted that “Militants and extremists emerged on the national scene and challenged the state not because the civil bureaucracy was weakened and demoralised, but because they were deliberately created and nurtured as a policy to achieve short-term tactical objectives.”

Zardari’s revelation was confirmed by former Pakistan President and ex-army chief Gen Pervez Musharraf, a year later. In an interview with Der Spiegel, when asked whether Pakistan created “militant underground groups to fight India in Kashmir,” he nonchalantly replied “They were indeed formed [by Pakistan army],” adding that“The government turned a blind eye because they wanted India to discuss Kashmir.” In 2012, while addressing a two-day ‘Shuhada[martyr] Conference’ in Swan Adda area of Rawalpindi, UJC chief Salahuddin proudly announced that “We are fighting in Kashmir. It doesn’t matter to us if we are labelled terrorists.”

Even as recent as 2019, Prime Minister Imran Khan admitted That “when you talk about militant groups, we still have about 30,000-40,000-armed people who have been trained and fought in some part of Afghanistan or Kashmir.” So, if the ongoing “armed struggle”is indeed an indigenous one [as Islamabad claims], then how does Khan explain presence of such a large number of trained and armed people whohave fought in Kashmir on Pakistani soil?

What Impels Terrorism in J&K?

So, with the international community distancing itself from terrorism in J&K and AHPC as well as UJC itself being convinced that this so called “armed struggle” won’t achieve anything, the question that arises is-what could be the driving force behind terrorism in Kashmir?One doesn’t have to look far for an answer since the same has been explicitly spelt out by both the person heading the terror amalgam in J&K as well an erstwhile patron.

In 2012, during an interview with ‘Arab News’, UJC chairman Syed Salahuddin himself admitted that “we are fighting Pakistan’s war in Kashmir,” a claim which endorsed by Gen Musharraf two years later when he disclosed that “We have source [in Kashmir] besides the [Pakistan] army…People in Kashmir are fighting against [India]. We just need to incite them.” No prizes for guessing who the “source” or “people in Kashmir” being referred to by Pakistan’s former army chief are!

Five years later, Musharraf once again boasted of how “Kashmiris who came to Pakistan received hero reception here. We used to train them and support them. We considered them as Mujahideen who will fight with the Indian Army then various terrorist organisations like Lashkar-e-Taiba rose in this period. They were our heroes.”

So, it doesn’t require rocket science to deduce that Pakistan is patronising terrorism in J&K solely to serve its own vested interests and is using terrorists and separatists to befool gullible Kashmiris into picking up the gun through the emotional ‘armed struggle’ and ‘jihad’clichés!

It’s heart wrenching to see unscrupulous influencers radicalising youth in the prime of youth to pick up the gun; it’s revolting to see such unprincipled people misusing their political, religious, social or ‘nationalist’ aura to lure young boys of impressionable age into terrorism- and it’s agonising to see how the otherwise very vocal civil society in Kashmir chooses to maintain a stoic silence even after witnessing young boys being pushed onto the path of certain death. Lastly, it’s really tragic to see how just for the sake petty gains, some Kashmiris don’t have any qualms in putting their own brethren in harms way!